Human Rights Watch Film Festival Heads to Toronto; Opens with THE SQUARE on Feb 27, Closes on March 6 with HIGHWAY OF TEARS 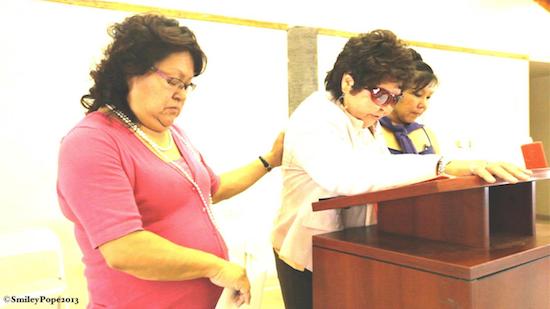 The Human Rights Watch Film Festival returns for its 11th year in Toronto with eight films that the festival describes as bravely bearing witness to human rights violations in Canada and around the globe, and make an impassioned call for social change through their empowering stories of perseverance, resilience and hope. The Human Rights Watch Film Festival opens at Toronto International Film Festival TIFF Bell Lightbox on February 27 with THE SQUARE (2013), director Jehane Noujaim’s (Control Room) thrilling documentary chronicle of activism, unrest and revolution in Cairo’s Tahrir Square, and closes on March 6 with the world premiere of Canadian director Matthew Smiley’s hard-hitting documentary HIGHWAY OF TEARS (2013).

Narrated by Nathan Fillion (Castle), HIGHWAY OF TEARS chronicles the notorious, decades-long string of murders and disappearances of young Indigenous women along British Columbia’s Highway 16. Addressing similar issues to Those Who Take Us Away, the 2013 report released by Human Rights Watch, the film explores how this systemic violence is linked to the effects of generational poverty, residential schools, and high unemployment rates on First Nations reserves. TIFF and Human Rights Watch welcome the film’s director Matthew Smiley and producer Carly Pope alongside Human Rights Watch researchers in the Women’s Rights Division, Samer Muscati and Meghan Rhoad for a special introduction to the screening. Meghan Rhoad is also the author of Those Who Take Us Away.

Other highlights include Harry Freeland’s IN THE SHADOW OF THE SUN (2012), an intimate and emotional documentary that follows two Tanzanian men afflicted with albinism — a condition viewed with superstitious fear and murderous hatred in their country — as they pursue their dreams in the face of virulent prejudice; Rithy Panh’s 2013 Un Certain Regard prize-winner, THE MISSING PICTURE (2013), which uses handmade clay figurines and detailed dioramas to recount the suffering of Panh’s family at the hands of the Khmer Rouge regime following the communist victory in Cambodia in 1975; and director Yuval Adler’s first feature BETHLEHEM (2013), about a young Palestinian man who is recruited as an informant by the Israeli secret service Shin Bet, and finds himself caught between two very different kinds of loyalty when he discovers that his employers are plotting to assassinate his radical brother.

This year’s lineup also includes first-time feature filmmaker Marta Cunningham’s VALENTINE ROAD (2013), which investigates the 2008 murder of openly gay California teenager Larry King by his school crush Brandon McInerney and paints a shocking portrait of the homophobia, sexism, racism and classism that inform the lives of America’s youth; Daniel Junge and Sharmeen Obaid-Chinoy’s Academy Award–winning SAVING FACE (2012), which addresses one of Pakistan’s most unique, and horrific, social problems — the alarmingly frequent acid attacks on women, many of them perpetrated by spouses or other close family members — through the stories of two survivors attempting to bring their assailants to justice and move on with their lives; and a startling look at global capitalism in action with award-winning documentarian Rachel Boynton’s BIG MEN (2013), which takes audiences inside the rapacious world of the global energy industry.