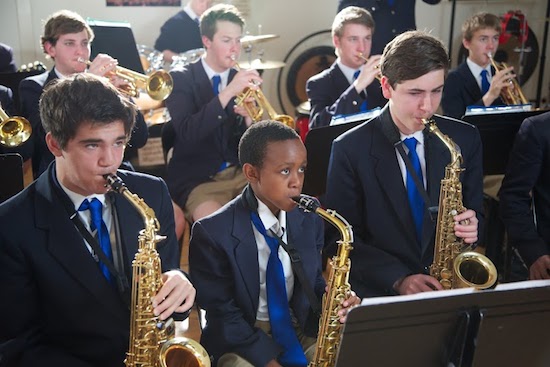 The 6th Annual Milwaukee Film Festival, which runs September 25 to October 9, 2014 at the Landmark Oriental Theatre, Landmark Downer Theatre, Fox-Bay Cinema Grill and Times Cinema, announced its critically acclaimed line-up for the Rated K: For Kids program. Presented by Mary and Ted Kellner, Rated K: For Kids offers a selection of award-winning features and shorts from around the world, ideal for ages 3 to 12 but equally enjoyable for all ages.

“We’re very lucky to feature such unique, high quality films as part of Rated K: For Kids this year. These fantastic films wouldn’t normally screen at a multiplex theater so we’re thrilled to bring them to Milwaukee and give families the opportunity to experience them together. We’re especially excited to screen the enchanting, hand-drawn French animated feature, Ernest & Celestine which was nominated for the Best Animated Feature at the 2013 Academy Awards,” says Cara Ogburn, Education Director and programmer of Rated K: For Kids for Milwaukee Film.

Anina Yatay Salas, so named by her palindrome-loving father, goes on an imaginative journey of self-discovery in this animated film that served as Uruguay’s official Oscar submission. A playground skirmish leads to a visit to the principal’s office and “the weirdest punishment in the history of weird punishments-” a black envelope that Anina is tasked with not opening the entire week she is suspended from school. The week away allows her imagination to run wild with the (sometimes frightening) possibilities of what the envelope might contain, and filmmaker Alfredo Soderguit runs equally wild with beautiful hand-drawn animation capturing his protagonist’s unique perspective. Subtitles will not be read aloud.

Bears live above, mice live below, and that’s simply the way things are. At least, until independently minded orphan mouse Celestine makes the acquaintance of grumpy/hungry loner bear Ernest. With each helping the other commit acts of petty larceny, a simple, sweet friendship is struck. This Oscar-nominated animated feature (presented here in its star-studded English-dubbed version) is gorgeously rendered by the creators of The Secret of Kells and A Town Called Panic, infusing this tale of unexpected friendship with moments of heartrending beauty alongside riotous sequences of comic anarchy, a combination that will appeal to your youngest and oldest alike.

Fourteen-year-old Felix dreams of following in his late father’s footsteps as a musician in post-apartheid South Africa, but first he must overcome the trepidations of his mother and peers to succeed in this winning story filled to the brim with irresistible musical performances. Granted entrance to a prestigious private school via scholarship, Felix struggles to fit in with his classmates due to differences of class and race. But the school’s jazz ensemble provides Felix with the opportunity to persevere if only he can convince his protective mother that the jazz music that she blames for her husband’s passing has the ability to bring together a community.

This all-animated program for all ages is filled with kids and animals expressing themselves through music and displaying their creative selves in order to solve their problems. Filled with a multitude of animation styles, the stories include a bear’s unexpected journey toward retrieving his missing hat and the brave Numberlys who bring letters to a world governed by math.

The Delirious Tales: The Chicken, the Elephant and the Snake (France / 2012 / Director: Fabrice Luang-Vija)

This program for slightly older kids is packed with stories of children forging their own paths through life, learning valuable lessons and generating lots of laughs along the way, in a series of films filled with not-so-scary monsters and numerous award-winning shorts that have wowed kid audiences the world over. Some subtitles are involved, but they are not necessary for understanding.

This program for your oldest children features kids coming to terms with differences and triumphing over obstacles through good humor and creativity. All lighthearted, these short films (including the all-kids musical epic Sweet Love that will have you and yours dancing in their seats) are sure to put a smile on your face. Subtitles will not be read aloud.

Girl with the World in her Hair (United Kingdom / 2011 / Director: Debbie Howard)

Disney’s supercalifragilisticexpyalidoc ious spoonful of cinematic sugar is celebrating its 50th anniversary this year, and MFF is marking this occasion in style with an unforgettable 35mm sing-a-long screening. Come dressed in character and receive free popcorn, then belt out each musical number along with on-screen lyrics as well as interactive audience kits that will immerse you in the Poppins like never before! Julie Andrews and Dick Van Dyke are unforgettable in this magical tale of bottomless carpetbags, animated penguins and the importance of bird-feeding. Make this the first big screen experience of your kid’s life and she’ll be hooked, and you can take that to the Fidelity Fiduciary Bank.

Rebellious teenager Mika’s summer plans are dashed when she’s sent away to spend her entire vacation at her grandmother’s horse stable and riding school. It’s here that the underachieving teen discovers an uncanny ability to connect with and speak to an untamable stallion by the name of Windstorm. In discovering her passion for horse whispering and finding a kindred spirit in this majestic creature, Mika must ride Windstorm in competition to disprove their wild reputations. A generational drama that honestly portrays the teenage experience (with a touch of adult language), Windstorm is a stirring portrait of animal rights and one girl’s discovery of her inner voice. Subtitles will not be read aloud.

"The 100-Year-Old Man Who Climbed Out the Window and Disappeared" and "1994: The Bloody Miracle" Win Audience Awards at 2014 Durban International Film Festival