Grindhouse Thriller THE LADIES OF THE HOUSE Gets VOD Release 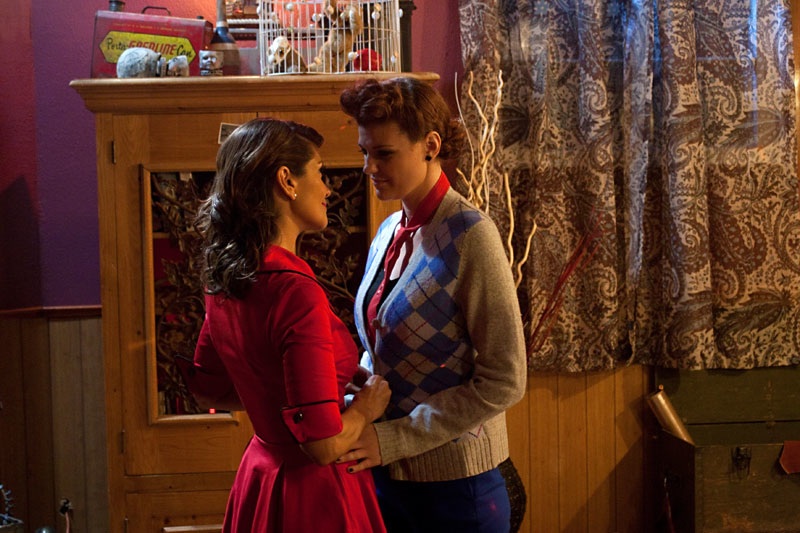 John Stuart Wildman’s THE LADIES OF THE HOUSE will be released in the U.S. in April/May on VOD via Gravitas Ventures.

Featuring a screenplay by Justina Walford and Wildman, the film stars Farah White, Melodie Sisk, Brina Palencia, Samrat Chakrabarti, and Michelle “Belladonna” Sinclair and was produced by White, Wildman, Walford and Adam Dietrich. THE LADIES OF THE HOUSE had its world premiere at last year’s Dallas International Film Festival.

THE LADIES OF THE HOUSE follows the fate of two brothers, Jacob and Kai, who, along with their friend Derek, go to a dance club to celebrate Kai’s birthday. After Derek convinces the other two to follow one of the dancers home, and then talks their way into the house to party with her, things take a tragic turn resulting in the young woman’s death.

However, that is simply the beginning of the nightmare for the young men, because her roommates (Getty, Lin and Crystal) aren’t just fellow dancers, they are also cannibals with a fierce sense of home and family – and a taste for men. After Kai quickly falls victim to Getty and Lin and is on his way to becoming the centerpiece of that evening’s meal, Derek tries to figure out how to escape while Jacob discovers his survival may hinge on the twisted desire and whims of Crystal, the beautiful and sociopathic “baby” of the family.

The film marks the feature film directorial debut for Wildman, who is the Senior Publicist for the Film Society of Lincoln Center and columnist for Film Threat. Prior to completing THE LADIES OF THE HOUSE, Wildman has enjoyed an eclectic career in entertainment and film. The former Head of Press & Public Relations for the American Film Institute, as well as the PR Director for AFI FEST and the DALLAS International Film Festival, Wildman has headed the PR efforts for film festivals across the country and written for numerous film sites. Film credits as an actor include a brief appearance in Noah Baumbach’s upcoming WHILE WE’RE YOUNG, as well as the cult classic, SORORITY BABES IN THE SLIMEBALL BOWL-O-RAMA.

The Ladies Of The House