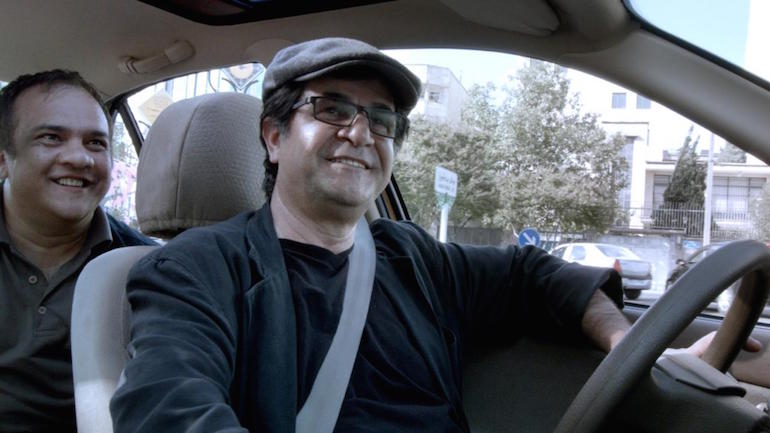 Jafar Panahi’s Taxi, winner of the Golden Bear and the Fipresci International Critic’s Prize at the 2015 Berlin Film Festival is headed to the US. Kino Lorber will release the film in theaters in the Fall.

In the film, a yellow cab is driving through the vibrant and colorful streets of Tehran. Very diverse passengers enter the taxi, each candidly expressing their views while being interviewed by the driver who is no one else but the director Jafar Panahi himself. His camera placed on the dashboard of his mobile film studio captures the spirit of Iranian society through this comedic and dramatic drive…

Panahi was sentenced to a six-year jail sentence in 2010 and a 20-year ban on directing any movies, writing screenplays, giving any form of interview with Iranian or foreign media, or from leaving the country except for medical treatment or going to Hajj pilgrimage.

Award Winning MAY ALLAH BLESS FRANCE! To Be Released in US