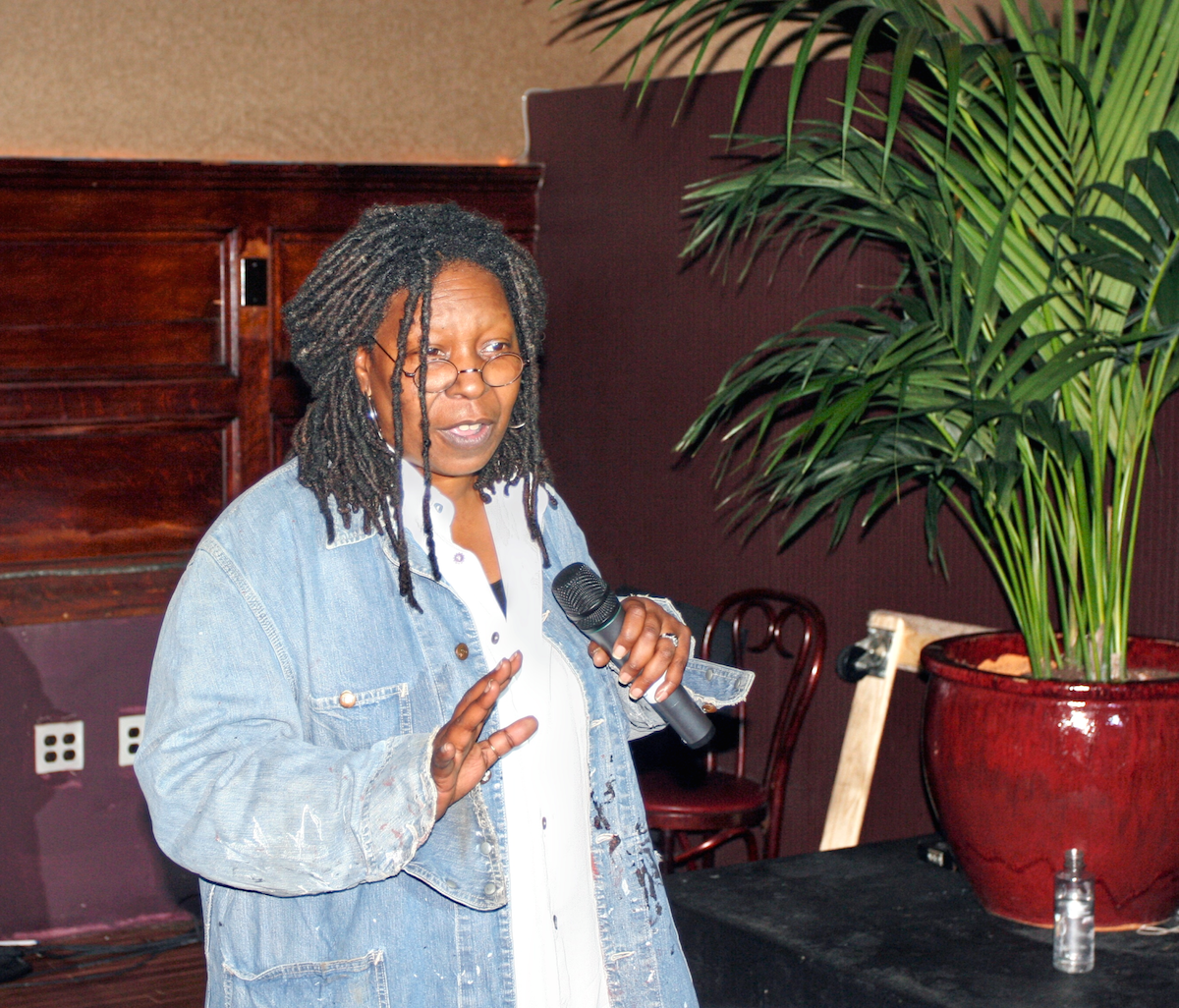 The 2015 Tribeca Film Festival (TFF), today announced its jurors – a diverse group of 34 industry leaders, including award-winning filmmakers, producers, acclaimed actors, authors and entrepreneurs. The jury will be divided among the seven competitive Festival categories. The winning films, filmmakers and actors in each category will be announced at the TFF Awards Night ceremony on April 23 at Spring Studios. The 2015 Festival runs from April 15 –26.

“The group of unique voices and perspectives that make up this year’s jury are sure to spark thoughtful discussion – and perhaps some friendly debate – around this year’s films,” said Jane Rosenthal, co-founder of the Tribeca Film Festival.

The seven TFF juries will award $150,000 in cash and prizes. Announced earlier this year, eight of the winners will also receive a work of original art by an acclaimed artist as part of the Tribeca Film Festival Artists Awards program, sponsored by CHANEL. In addition to the Festival’s main competition juries, the five jurors for the third annual $25,000 Nora Ephron Prize, sponsored by Coach, recognizing a female writer or director, were also announced.

Following is a list of all 2015 Festival jurors and their respective categories.

World Competition Categories
The jurors for the 2015 World Narrative Competition, sponsored by AKA, are:

Paul Attanasio: Paul Attanasio is an Oscar-nominated screenwriter and producer whose credits include Quiz Show, Donnie Brasco, The Good German, and House: MD.

Whoopi Goldberg: One of an elite group of artists who have won an Academy, Grammy, Emmy, and Tony Awards. Film and television credits include The Color Purple, Ghost, Sister Act, Boys on the Side, The Lion King,For Colored Girls, and The View on ABC. She made her directorial debut with the 2013 TFF selection Whoopi Goldberg Presents Moms Mabley.

Dylan McDermott: Golden Globe winner and Emmy nominee, Dylan McDermott currently stars in the CBS drama Stalker.  Other projects he has starred in were American Horror Story, and the films Olympus Has Fallenand The Campaign.

Burr Steers:  Burr Steers is a filmmaker best known for his writing and/or directing Igby Goes Down, 17 Again and How to Lose a Guy in 10 Days.

The jurors for the 2015 World Documentary Competition, sponsored by Santander Bank, N.A., are:

Diego Bunuel: Diego Buñuel, the grandson of the legendary Spanish film director Luis Buñuel, is a Franco-American filmmaker and the new Head of Documentaries on Canal Plus since October 2014.

Tine Fischer: Tine Fischer is the founder and CEO of one of the leading international documentary film festivals CPH:DOX as well as the director and founder of CPH:LAB and CPH:FORUM.

David Gelb: David Gelb has directed a variety of both fiction and non-fiction projects, most notable the critically acclaimed documentary Jiro Dreams of Sushi.

Gloria Steinem: Gloria Steinem is a writer, lecturer, editor, feminist activist, and recipient of the Presidential Medal of Freedom. She is the frequent media spokeswoman on issues of equality.

The jurors for the 2015 Best New Narrative Director are:

Don Hertzfeldt: Don Hertzfeldt is an Oscar-nominated American independent filmmaker whose animated films include It’s Such a Beautiful Day, The Meaning of Life, Rejected, and World of Tomorrow.

Cobie Smulders: Cobie is a Canadian actress better known for her roles as Robin Sherbatzky in How I Met Your Mother and Agent Maria Hill in the Avenger Series.

The jurors for the 2015 Best New Documentary Director are:

Rachel Boynton: Rachel Boynton is an award winning producer and director best known for the documentaries Our Brand is Crisis and Big Men.

Lola Kirke: Lola Kirke is a British-American actress known for her roles in Gone Girl, Mistress America, Free the Nipple, to name a few and soon to be seen in Fallen.

Will Patton: Will Patton is an American actor starring in over 60 feature films and best known for his roles in Remember the Titans, Armageddon, The Mothman Prophecies, and No Way Out.

Alison Pill: Alison Pill is a critically acclaimed film and stage actress who most recently starred in the Joon-ho Bong directed, Snowpiercer.

Michael Rapaport: Native New Yorker Michael Rapaport is an actor and director who has appeared in over 50 feature films including True Romance, Beautiful Girls, Mighty Aphrodite, and Higher Learning.

The jurors for the 2015 Narrative Short Film Competition are:

Hank Azaria: Hank Azaria, a New York Native, best known for the voices of Moe Szyslak, Apu, Chief Wiggins and many others on The Simpsons. He won a SAG Award for his break out role in The Birdcage.

Mamie Gummer: A Native New Yorker, Mamie Gummer is a film, television and stage actress featured inEvening, John Adams, Off the Map, and many more.

André Holland: André Holland stars in the hit Cinemax series, THE KNICK, and was most recently seen in theaters in the Oscar and Golden Globe nominated feature, SELMA.

Arian Moayed: Arian Moayed is a Tony nominated actor, Artistic Director of Waterwell, and a writer/director for film.

Sheila Nevins: Since 2004, Sheila Nevins has been president of HBO Documentary Films, responsible for overseeing the development and production of all documentaries for HBO, HBO2 and Cinemax.

Dan Silver: Dan Silver is the Senior Director of Development for ESPN FILMS and an Emmy winning producer of series such as 30 for 30 Shorts.

The jurors for the 2015 Documentary and Student Visionary Competitions are:

Steve Buscemi: Steve Buscemi is an American actor and director best known for his role in Boardwalk Empire, which garnered him a Golden Globe Award, two Screen Actors Guild Awards, and two Emmy nominations as well as directing many TV credits including The Sopranos and 30 Rock.

Debi Mazar: Debi Mazar, actress and native New Yorker made her film debut in Scorsese’s Goodfellas and is better known for her role as the hard charging publicist “Shauna” on HBO’s Entourage.

Katherine Oliver: Katherine Oliver is currently a principal at Bloomberg Associates; prior to this role she served as Commissioner of NYC’s Mayor’s Office of Media and Entertainment from 2002-2013.

Theo Rossi: Theo Rossi is an actor, producer, and philanthropist best known for his portrayal of Juan Carlos “Juice” Ortiz on the FX series Sons of Anarchy.

Vanessa Williams: Having sold over 25 million records worldwide, Vanessa is one of just a few artists to score #1 and Top 10 hits on various  Billboard Album and Singles charts and her work in film, television, recordings, and the Broadway stage has been recognized by every major industry award.

The jurors for the 2015 The BOMBAY SAPPHIRE® Storyscapes Award are:

Andrew Golis: Andrew Golis, previously the Director of Digital and Senior Editor at FRONTLINE, is the founder & CEO of This.

Shari Frilot: Shari Frilot is the curator of New Frontier at Sundance and senior programmer for the Sundance Film Festival, focusing on American and World Cinema dramatic features, as well as films that push the boundaries of conventional storytelling

The jurors for the 2015 Nora Ephron Prize are:

Rachael Harris:  Rachael Harris is a comedic actress hailing from The Groundlings. She has starred in many films, including Diary of a Wimpy Kid, Night at the Museum 3 and the independent filmNatural Selection, for which she received a Breakthrough Performance award.

Kevin Corrigan: Kevin Corrigan has been a prolific New York based actor in film and television dating back to when he was first cast in Goodfellas. In addition to his massive credits, Kevin has been a favorite of established and cutting-edged directors for over 25 years.

Katja Blichfeld: Katja Blichfeld is a Brooklyn-based filmmaker, WGA award-winning writer, and Emmy award-winning casting director known for the critically acclaimed series, High Maintenance, which has gained recognition as one of the best new series on the web.

Talya Lavie:  Talya Lavie is an Israeli director and screenwriter whose feature film Zero Motivation received the Nora Ephron Prize at the 2014 Tribeca Film Festival as well as the Best Narrative Award.