BEST OF ENEMIES and MAVIS! to Bookend AFI DOCS 2015 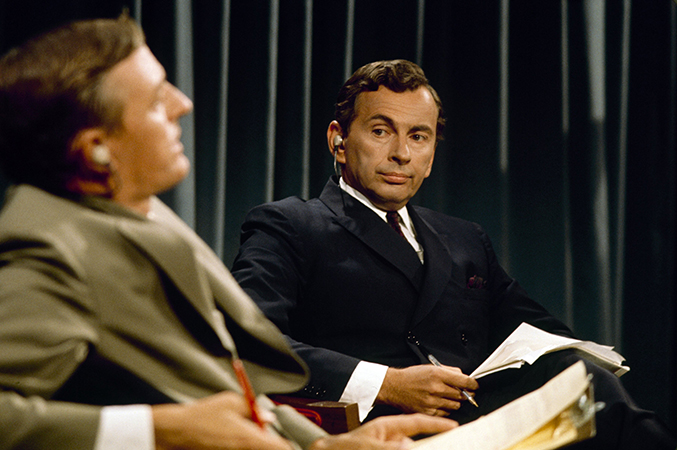 AFI DOCS kicks off on June 17 with the Opening Night Gala and screening of BEST OF ENEMIES at the Newseum, followed by a discussion and Q&A with filmmakers Gordon and Neville.  BEST OF ENEMIES features William F. Buckley, Jr. and Gore Vidal’s explosive debates during the 1968 Democratic and Republican National Conventions, aired live on ABC News.  The documentary masterfully captures the dawn of pundit television as it is known today.

The festival concludes on June 21 with the Closing Night screening of MAVIS! at the Smithsonian’s National Portrait Gallery, followed by a discussion and Q&A with director Jessica Edwards.  Edwards returns to AFI DOCS after screening her short film SELTZER WORKS in 2010.

MAVIS! is the first documentary on gospel and soul music legend, and civil rights icon, Mavis Staples and her family group, The Staple Singers.  The documentary features live performances and conversations with collaborators including Chuck D, Bob Dylan, Levon Helm, Prince, Bonnie Raitt, Jeff Tweedy and more.  Mavis Staples’ message of family and equality is just as powerful now as it was when she began performing 60 years ago.

“We are delighted to present these exceptional films to open and close this year’s festival,” said Michael Lumpkin, Director of AFI DOCS.  “BEST OF ENEMIES and MAVIS! both feature remarkable people who have made a mark on this country.  These films will certainly inspire audience dialogue while providing great entertainment, both of which we embrace at AFI DOCS.”