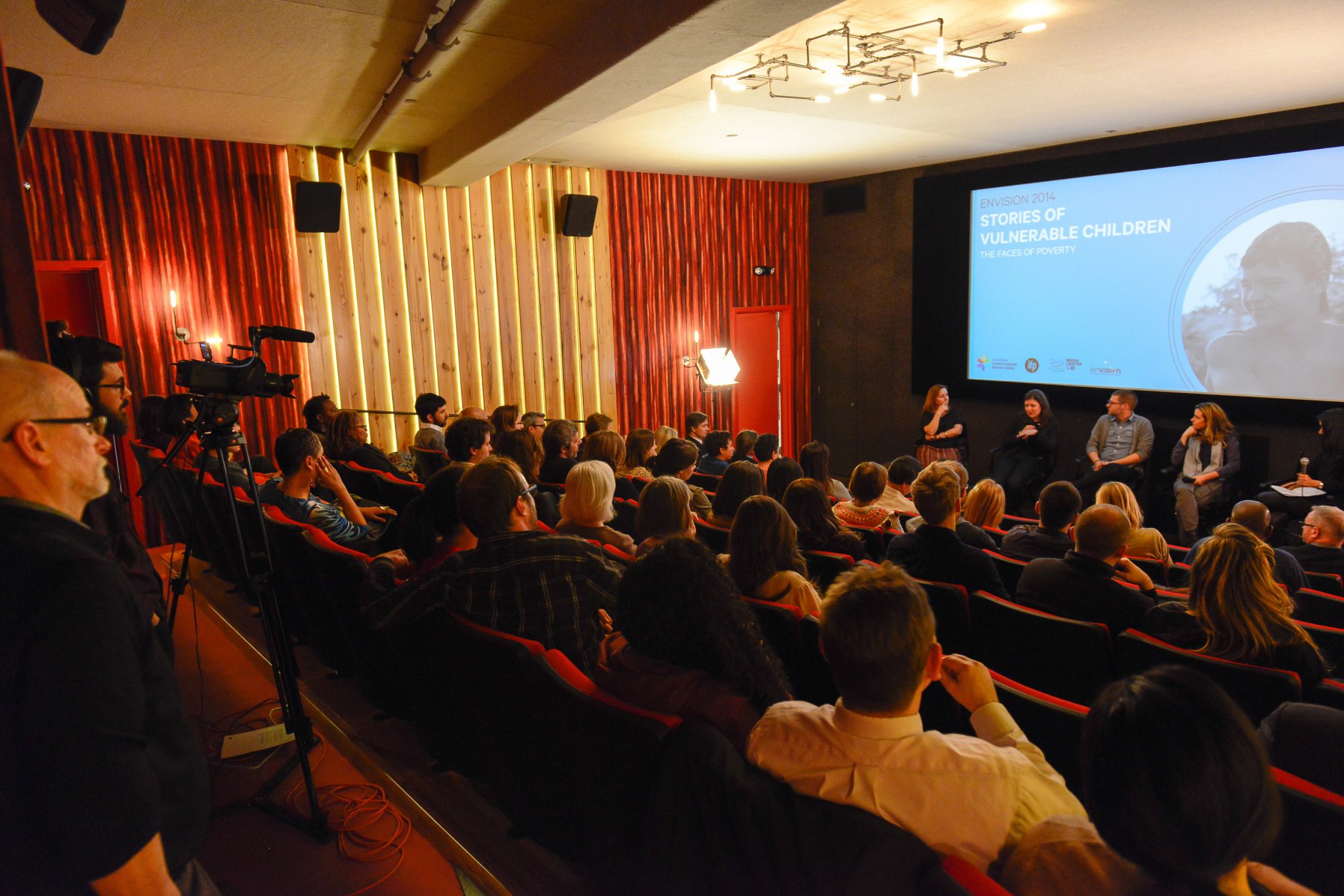 Ten narratives have been selected for the 2015 Independent Filmmaker Labs, IFP’s annual year-long fellowship for first-time feature directors. The creative teams of the selected films are currently attending the first week’s sessions – The Time Warner Foundation Completion Labs – taking place June 8-12 at the Made in NY Media Center by IFP (pictured above).

Featuring a stylistically diverse slate of sci-fi, fantasy, drama, young adult, comedy, hybrid and horror, this year showcases films from filmmakers across the nation. 70% of the creative teams hail from outside of New York and Los Angeles. 90% films were shot outside of these hubs, in locations such as the Bahamas, Iceland, Mexico and the Amazon, as well as Georgia, Rhode Island and Florida.

“The selected projects in year’s Narrative Labs reflect IFP’s commitment to all-inclusive content and is emblematic of the growing presence of personal stories told and made outside the two major U.S. hubs for filmmaking,” said Joana Vicente, Executive Director of IFP. “We look forward to helping these talented filmmakers bring their visions to life.”

Amy Dotson, IFP’s Head of Programming, added: “This year’s films are helmed by risk-takers pushing the boundaries of film and storytelling in exciting new directions. We are delighted to a take risk on them as well and assist in introducing their extraordinary and unique new voices to industry and audiences alike.”

The selected projects for the 2015 IFP Narrative Lab and Lab Fellows are:

Albion: Rise of the Danaan
A twelve-year-old girl who has had to take care of her father is transported to the mystical world of Albion, where she discovers that she alone is the key to saving an entire race of people. Fellows: Castille Landon (Director, Writer), Dori Sperko (Producer)

Bokeh
On a romantic getaway to Iceland, Riley and Jenai, a young American couple, suddenly discover everyone on earth has disappeared. As Riley struggles to survive and Jenai attempts to reconcile the mysterious event, they must reconsider everything they know about themselves and the world. Fellows: Andrew Sullivan (Director, Writer), Geoffrey Orthwein(Director, Writer), Kent Genzlinger (Producer)

Donald Cried
After Peter LaTang’s last living relative passes away, he returns to a small New England town where he grew up. When the bus arrives, he can’t find his wallet so he calls his childhood friend Donald Treeback for some help. What was supposed to be just a ride turns into a long day’s journey through their awkward past. Fellows: Kris Avedisian (Director, Writer), Jesse Wakeman (Writer, Producer), Kyle Martin (Producer)

Icaros: a vision
By Matteo Norzi and Leonor Caraballo. An American woman with breast cancer travels to the Amazon in search of a miracle. Thanks to a young shaman who is losing his eyesight, she learns instead to confront her ‘susto’: the disease of fear. With the help of Ayahuasca, a hallucinogenic plant medicine, and the Icaros, magical healing songs, they both gain a new vision of their destiny. Fellows: Matteo Norzi (Co-director, co- writer), Abou Farman (Producer), Elia Gasull Balada (Editor), Adella Ladjevardi (Co-Producer)

Katie Says Goodbye
Katie Says Goodbye is the story of a seventeen-year-old waitress who prostitutes herself to support her deadbeat mother, while saving for her dream of escaping to San Francisco. When she falls in love with an ex-convict, things quickly turn south, testing her determination for a better life. Fellows: Wayne Roberts (Director, Writer, Producer), Eric Schultz(Producer), Carlo Sirtori (Producer)

Lupe Under the Sun
Blurring the line between narrative and documentary, with a cast of non-actors, and set in the agricultural heartland of California’s Central Valley,Lupe Under the Sun takes inspiration from the director’s own grandfather to tell the story of an aging Mexican immigrant. Estranged from his family in Mexico, crushed by backbreaking work and poverty, Lupe struggles to come to terms with his life choices. Fellows: Rodrigo Reyes (Director, Writer), Su Kim (Producer), Manuel Tsingaris (Editor)

Seeds
When his increasingly depraved behavior spirals out of control, reclusive inventor Marcus Milton retreats to his family home along the New England coast. But instead of finding solace, Marcus is haunted by his darkest fears and deepest desires. Is he losing his mind or has something terrible burrowed deep within him? Incubating. Waiting until the climate is right. Fellows: Owen Long (Director, Writer), Steven Weisman (Writer, Producer), Chris Haney (Producer)