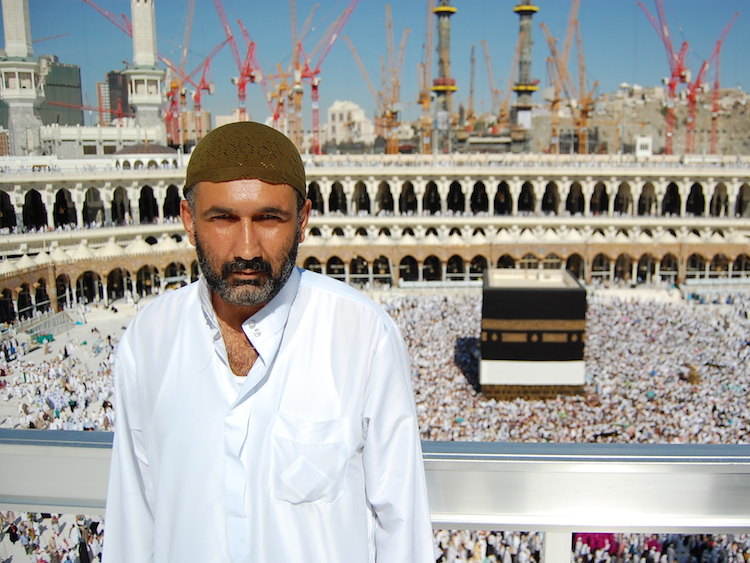 The award-winning documentary A SINNER IN MECCA, will open in New York on September 4 and Los Angeles on September 11, before expanding to additional markets and VOD. Recently recognized with the 2015 Outfest Grand Jury Award for Best Documentary Feature, A SINNER IN MECCA follows director Parvez Sharma (A Jihad for Love) as the openly gay Muslim filmmaker documents his pilgrimage to Mecca in Saudi Arabia, where filming is strictly prohibited and homosexuality is a crime punishable by death.

A SINNER IN MECCA audaciously enters a world that has been forbidden to non-Muslims for 14 centuries. The filmmaker documents his journey on nothing more than an iPhone and two smuggled, tiny cameras. On these never-before-filmed streets of ancient Mecca, he joins 4 million Muslims, from the majority, peace-loving pilgrims fulfilling a lifelong calling, to brutal jihadists for whom violence is a creed. They have all entered Mecca for the world’s largest pilgrimage: the Hajj.

This film unflinchingly showcases parts of the dangerous ideology that governs today’s ISIS and how much it has in common with Saudi Arabia’s sacred doctrine, Wahabi Islam. Cabals within the secretive Saudi monarchy have allegedly funded both Al-Qaeda and ISIS over the years. On the streets of Mecca, Saudi Arabia’s most famous son, Osama bin Laden, is sometimes referred to as Sheikh Osama, using the prefix for a learned Muslim man. It is into this Saudi Arabia the filmmaker, an openly gay Muslim man, enters. He is looking to find his own place within an Islam he has always known, an Islam that bears no resemblance to the bastardized versions creating havoc around the Muslim world, in almost daily battles in Europe—where the film will be broadcast by two of its biggest television networks, Arte and ZDF—and in North America.

With A SINNER IN MECCA, the Muslims of Islam are given agency to tell the complex, and now violence-marred story of their faith. And in their midst: a longing Muslim, already labeled an infidel, wondering if he can finally secure his place within this religion that condemns him.

A SINNER IN MECCA