HENERAL LUNA, Philippines Oscar Entry to Be Released in the US | TRAILER 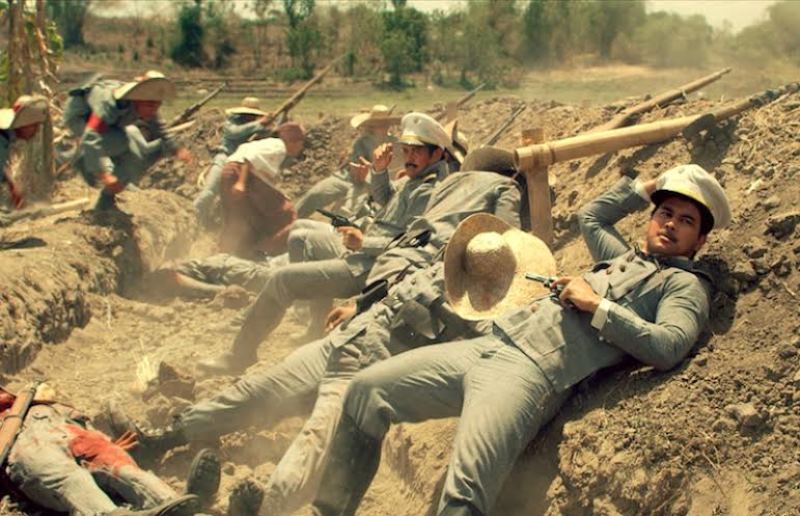 Jerrold Tarog’s HENERAL LUNA the Philippines’ submission for 2015 Foreign Language Film Oscar category for the 88th Academy Awards, will be released in theaters nationwide in Fall 2015, via Abramorama. Heneral Luna will open in New York on October 30, followed by Los Angeles and other markets on November 6.

Set during the Philippine-American war, a short-tempered Filipino general faces an enemy more formidable than the American army: his own treacherous countrymen.

In 1898, General Antonio Luna ( John Arcilla ), commander of the revolutionary army, is spoiling for a fight. The Philippines, after three hundred years as a Spanish colony, has unwillingly come under American rule. General Luna wants to fight for freedom but members of the elite would rather strike a deal with the United States. The infighting is fierce in the new cabinet but General Luna and his loyal men forge ahead even as his military decisions are met with resistance from soldiers who are loyal only to President Aguinaldo ( Mon Confiado ). Ultimately, it is the general’s legendary temper and pride that bring him to his death when a pack of presidential guards assassinate him in broad daylight. While American newspapers are quick to point the blame to Aguinaldo, the mystery has never been completely solved and the General’s killers were never put to justice.

WHERE TO INVADE NEXT, THE 33 Among New Films Added to 2015 AFI FEST