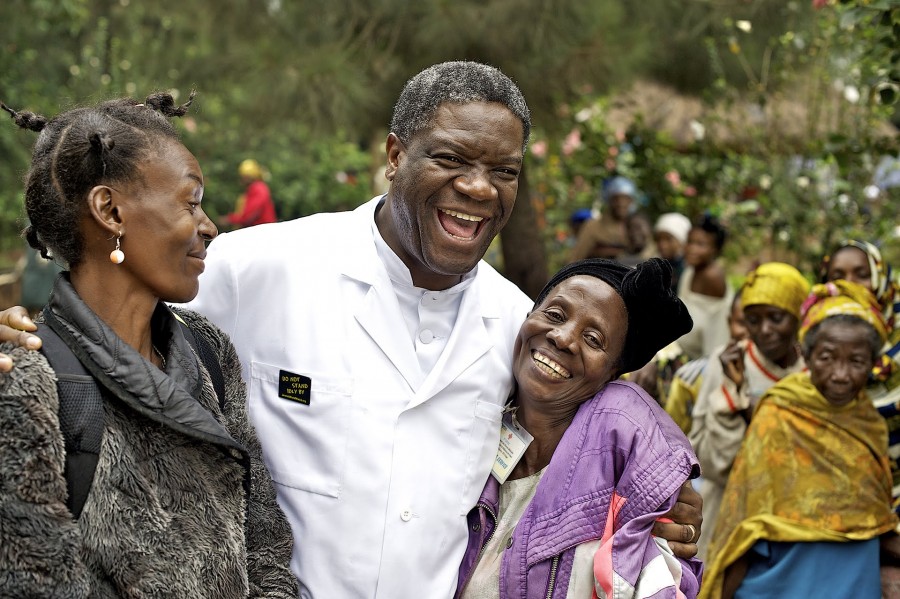 Human Rights documentary The Man Who Mends Women will have its US Premiere on November 27 at the Opening Night of the 23rd Annual African Diaspora International Film Festival.

Presented by US distributor ArtMattan Films, THE MAN WHO MENDS WOMEN is the portrait of the impressive life and work of internationally renowned gynecologist Dr. Denis Mukwege from the Democratic Republic of Congo. He received the 2014 prestigious Sacharov Prize for Freedom of Thought, for his struggle against sexual violence. Dr. Mukwege medically assisted over 40,000 sexually abused women in sixteen years of professional practice.

Sexual violence against women has been used as a weapon of war for years in the violence-ridden and poverty-stricken Democratic Republic of Congo. In order to provide medical, psychological and emotional aid to the victims, Dr. Mukwege founded the Panzi hospital in Bukavu in 1999. Besides his work as a physician Dr. Mukwege also defends human rights and seeks to raise global awareness on the issue of sexual violence in his country. He condemns the political reluctance to tackle the problem and is not afraid to hit the nail on the head.

His work is not without danger, as Dr. Mukwege experienced in 2012, when armed men entered his home and started shooting. Dr. Mukwege and his family survived the attack, but his guard was killed. The doctor now lives cloistered in his hospital in Bukavu under the protection of the United Nation peacekeepers. The women, whose physical and emotional integrity and dignity have been restored, stand beside him, true activists for peace, and hungry for justice.

The 23rd African Diaspora Film Festival is to be held in Manhattan, New York City from November 27 to December 13 at MIST Harlem, Bow Tie Chelsea Cinemas and Teachers College, Columbia University with the presentation of more than 50 films, including 26 US and NY Premieres.

The Man Who Mends Women - The Wrath Of Hippocrates