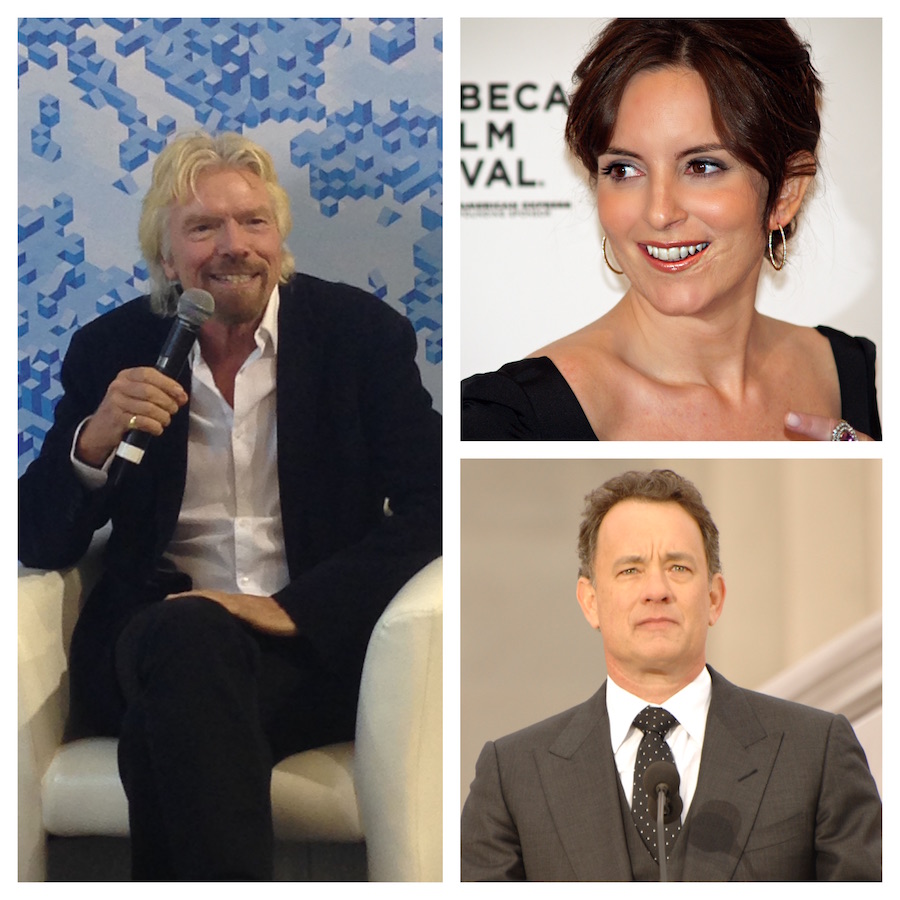 Tina Fey and Tom Hanks are among the first of the featured actors, artists, musicians, and writers to be announced.

The 15th edition of the Tribeca Film Festival will take place April 13 to 24, 2016 in New York City with the Tribeca Festival Hub returning to Spring Studios, which will serve as the Festival’s creative center.

The Hub will host ten days of immersive storytelling experiences, musical performances, panel discussions and special guests. Among the events will be Imagination Day, powered by the Hatchery, which brings together some of the most influential, provocative and creative minds for an all-day summit that takes place on April 19. The day focuses on: “What happens when our wildest dreams become reality and what will that reality be in our not-so-distant future?” The first round of participants includes entrepreneur Sir Richard Branson, founder and chairman of the Virgin Group, and business leader and product innovator Regina Dugan, of Google ATAP. Joining them are esteemed VR creatives and tech entrepreneurs: Second Life and High Fidelity founder Philip Rosedale, VR directors Félix Lajeunesse and Paul Raphaël of Felix & Paul Studios, and STRIVR founder and CEO Derek Belch.

Part of the Hub’s immersive programming for the 15th Festival will be the world festival premiere of Invasion!, the first VR, interactive, animated film from Baobab Studios, co-founded by Maureen Fan (former VP of Games for Zynga) and Eric Darnell (director Antz and the Madagascar series). The project follows menacing aliens with vastly superior technology who come to claim the Earth and destroy anyone in their way. Despite incredible odds, Earth’s citizens rise up and defeat the evil aliens. Surprisingly, these Earthly citizens are not humans but a pair of the cutest, meekest and cuddliest creatures of our planet — two fluffy white bunnies.

Felix & Paul Studios will be the Tribeca Festival Hub “Featured Creator” for 2016. At the forefront of cinematic virtual reality, Félix and Paul combine artistic and technological innovation using Felix & Paul Studios’ proprietary VR technology platform to create original live-action virtual reality content. The VR filmmakers will appear as part of Imagination Day on April 19 and a selection of their work, including Inside Impact: East Africa with President Bill Clinton, Cirque du Soleil’s Inside the Box of Kurios, and Nomads: Maasai will be featured throughout the space.

The Hub will also showcase Storyscapes, a juried section that showcases groundbreaking exhibits in technology and interactive storytelling, which returns to TFF for the fourth year. The fifth annual TFI Interactive will again assemble the brightest thinkers from the worlds of media, gaming and technology for an all-day forum. The day will also include the “interactive playground,” which gives the audience an opportunity to play and explore a range of works from VR, to games, to the future of AR.