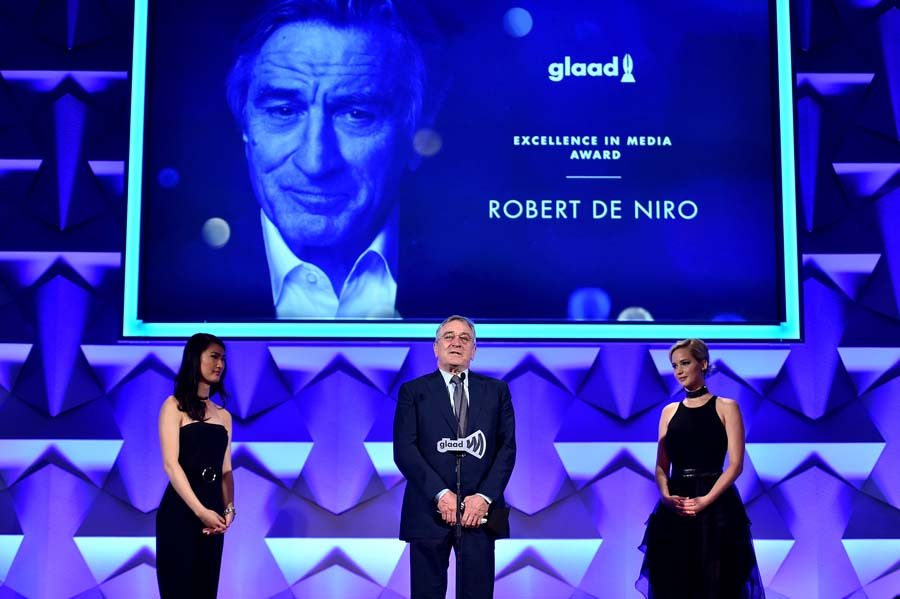 Robert De Niro, the film TANGERINE, were among the best in film, television, and journalism honored at the 27th GLAAD Media Awards hosted by Laverne Cox, at the Waldorf Astoria New York on Saturday.

At the ceremony, Academy Award-winning actress and surprise guest Jennifer Lawrence presented Robert De Niro with GLAAD’s Excellence in Media Award, which is presented to media professionals who, through their work, have increased the visibility and understanding of the lesbian, gay, bisexual, and transgender community.

In his acceptance speech, De Niro celebrated the Supreme Court’s landmark decision for marriage equality, while cautioning to “also remember oppressive laws like the ones in North Carolina that let us know the struggle continues and challenges us to be vigilant and aggressive in protecting all our rights.” De Niro continued, “Thank you for this honor, I’m proud to stand with you, I’m GLAAD.”

Tangerine (Magnolia Pictures) was given the award for Outstanding Film – Limited Release.