ERIC CLAPTON: A LIFE IN 12 BARS Documentary Heads to Theaters in Fall 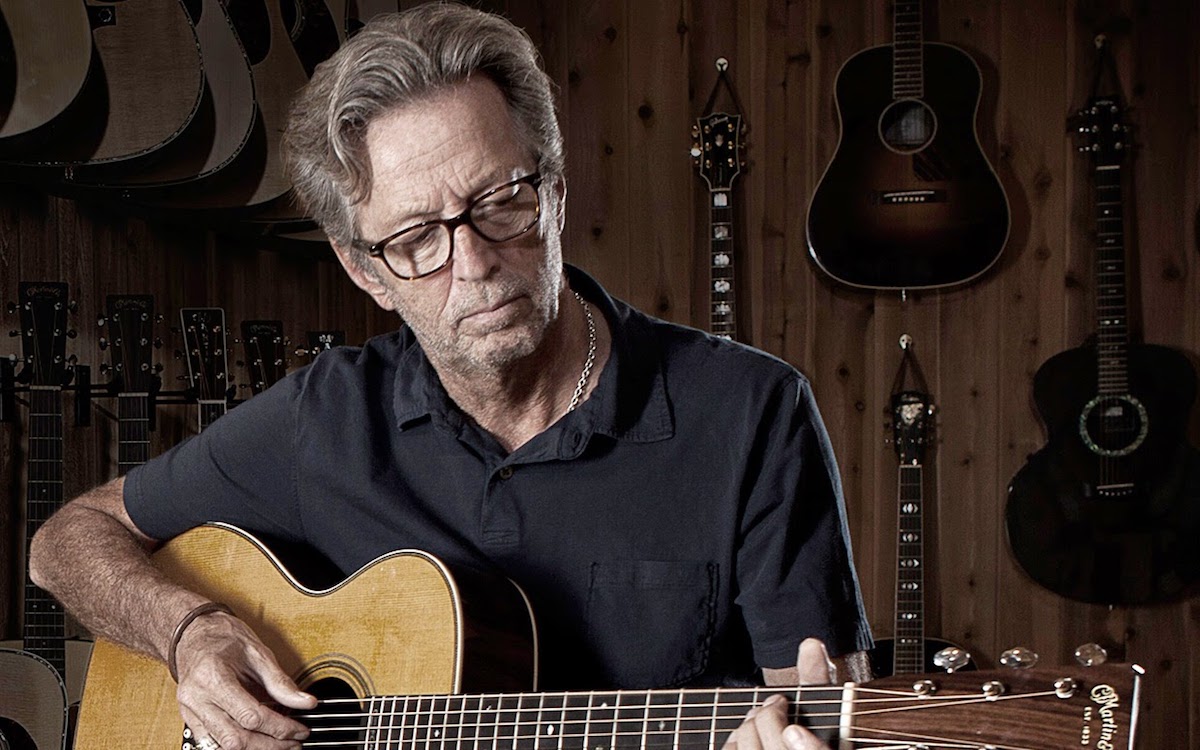 Eric Clapton: A Life in 12 Bars, a new documentary featuring legendary 18-time Grammy(R) winner Eric Clapton, will be released theatrically in the U.S. this Fall followed by a television premiere on Showtime in 2018.

Showtime Documentary Films will release the new documentary ERIC CLAPTON: A LIFE IN 12 BARS, an unflinching and deeply personal journey into the life of the legendary musician. The documentary will screen at domestic and international film festivals later this year, followed by a theatrical run in the U.S. and Canada, before airing nationally on SHOWTIME in 2018. The film will be directed by Oscar(R)-winner Lili Fini Zanuck (Rush, Driving Miss Daisy), with John Battsek (One Day In September, Searching for Sugar Man) producing for Passion Pictures. BAFTA winner Chris King (Amy, Senna) will serve as editor.

Told through his own words and songs, ERIC CLAPTON: A LIFE IN 12 BARS is a moving and surprising film about one of the great artists of the modern era – an 18-time Grammy Award winner, including a Grammy Lifetime Achievement Award, and the only artist ever to be inducted three times into the Rock and Roll Hall of Fame. Spanning more than half a century of legendary popular musical innovation, the film will contextualize Eric Clapton’s role in contemporary music and cultural history. No other artist has continually intersected across a broad stratum of musical genres with so many other great musicians – many of whom have inspired and informed his body of work. The documentary features extensive interviews with Clapton himself, along with his family, friends, musical collaborators, contemporaries and heroes – including late music icons B.B. King, Jimi Hendrix and George Harrison.

Stretching from his traumatic childhood living in a “house of secrets,” through his long and difficult struggle with drugs and alcohol and the tragic loss of his son in a devastating accident, Clapton always found an inner strength and healing in music. The insatiable search to grow his artistic voice surprised fans as he constantly quit successful bands, from the groundbreaking Yardbirds to 60’s super-group Cream. His isolated pursuit of his craft – and fear of selling out – served as a catalyst for his evolution as an artist.

“Clapton’s music is the foundation of our film – his commitment to the Blues, its traditions and originators is absolute from his earliest days,” says director Lili Fini Zanuck. “His personal life conveys the emotional spine of the film – his damaged emotional psyche threads throughout his life, informing his art, and causing many abrupt and surprising shifts along the way. The film traces all the key junctures: his prodigious talent, obsessive impatience, perfectionism and musical ‘mission.’ Mining inner strength and spiritual resolve, he somehow maintains sobriety, finding healing in music. He reflects on his newfound domestic happiness and a magical, meteoric journey which has secured his place in the rock pantheon. Despite the fact that his path is strewn with tragedies, addiction and loss, he never fails to regain his bearings and continue to serve what he holds dearest: his music.”

“We have unique access to Clapton’s extensive personal archive of classic performance clips, on- and off-stage footage, iconic photos, concert posters, handwritten letters, drawings and personal diary entries – elements with the power to transport audiences to each era, from obsessive student, to peer, to transcendent figure in musical history and one of the greatest guitarists of all time,” said Battsek.

DRAW WITH ME Trailer - Documentary Short Film on Trans Youth, Brendon Scholl With Special Intro by their Aunt Jennifer Lopez
TRUTH TO POWER Trailer - An Energizing Rockumentary on Serj Tankian of System Of A Down
STRIP DOWN, RISE UP Trailer - Netflix Documentary on Pole Dancing
Todd Douglas Miller's Short Film APOLLO 11: QUARANTINE to be Released Exclusively in IMAX
Youtube Documentary 'Life In A Day 2020' to Premiere at Sundance Film Festival
THE PEOPLE vs AGENT ORANGE Documentary by Kate Taverna and Alan Adelson Opens in March
Share this article ...