(PAIN AND GLORY) DOLOR Y GLORIA (2019) American Factory (2019) Apollo 11 (2019) A Star is Born BlacKkKlansman Call Me by Your Name Cameraperson Can You Ever Forgive Me? COLD WAR (ZIMNA WOJNA) Eighth Grade Elle Faces Places First Reformed (2017) For Sama (2019) Green Book I Am Not Your Negro If Beale Street Could Talk I Tonya Jackie Jojo Rabbit (2019) Lady Bird La La Land Life Animated Lion Loving Manchester by the Sea Marriage Story (2019) Minding the Gap Moonlight (2016) Mudbound O.J.: Made in America Once Upon a Time... in Hollywood (2019) PARASITE (GISAENGCHUNG) (2019) Portrait of a Lady On Fire (PORTRAIT DE LA JEUNE FILLE EN FEU) (2019) RBG (2018) Roma (2018) Shoplifters (Manbiki Kazoku)(2018) The Farewell (2019) The Favourite (2018) The Florida Project The Shape of Water The Square (2017) Three Billboards Outside Ebbing Missouri Toni Erdmann Won’t You Be My Neighbor?
Stranger With My Face International Film Festival 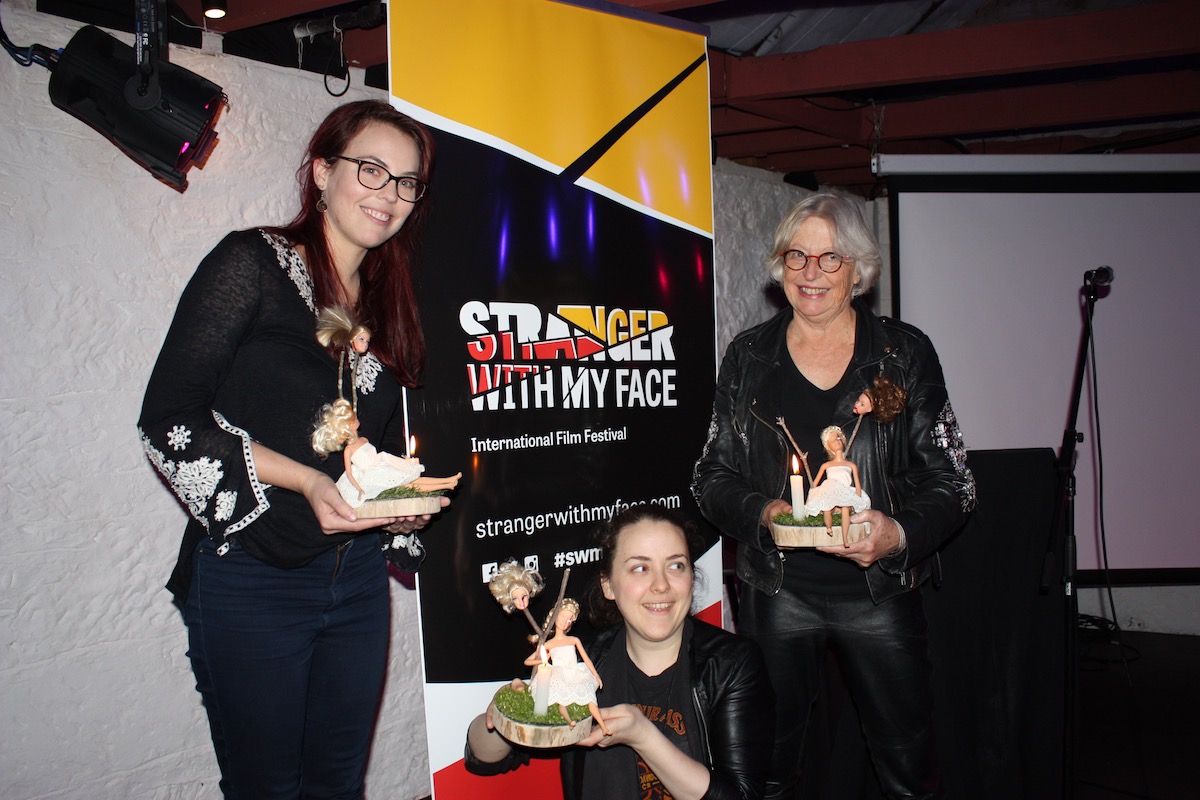 The 5th edition of Stranger With My Face International Film Festival wrapped up in Tasmania, Australia over the weekend, and the prize for Best Feature Film for Stranger With My Face 2017 was awarded to The Book of Birdie directed by Elizabeth E. Schuch (UK).   The feature film award was voted on by the festival committee, who called The Book of Birdie “a highly original film, visually rich and with an unusual blend of tragic and comedic elements.”

“Thanks so much for having us at the festival and to these amazing filmmakers and audiences!” said Elizabeth E. Schuch, accepting the award amongst other women directors who were invited to be part of the Attic Lab program within the festival this year. “It’s been an inspiring week.”

Best Short Film for Stranger With My Face 2017 was awarded to The Man Who Caught a Mermaid, written and directed by Kaitlin Tinker (Australia).

Also announced was the winner of the Lia Award, an annual award recognizing an influential and/or innovative figure in the field of genre storytelling.

The 2017 Lia goes to this year’s guest retrospective filmmaker, Gaylene Preston, for her off-beat contributions with Mr Wrong (1984) and Perfect Strangers (2003). These films, already approaching ‘cult’ status, will undoubtedly grow in reputation as time goes on. Both are examinations of gender-based tropes around romance, love and female identity. Preston uses the form of the thriller to challenge and deconstruct the role of women in society. Entertaining, original and bold, they represent exactly the kind of filmmaking Stranger With My Face most seeks to celebrate.

The festival also pays tribute to Preston for her ongoing efforts to advance the cause of gender equality in the film industry, and for her support of emerging filmmakers over her long career.

Preston, in turn, paid tribute to Stranger With My Face.

“What an invigorating discussion in the Hobart incubator. Grateful thanks to Briony Kidd and the festival for my Lia Award. She will take her place on the piano reminding me of my wild side.”

Stranger With My Face is named after one of Lois Duncan’s most popular young adult novels, published in 1986. And the character of Lia – the ‘evil twin’ of that story – is the inspiration for this Lia Award. Lia represents the shadow self, the dark and mysterious side of life.

This year’s trophies were designed by Bryony Geeves.

The Book of Birdie