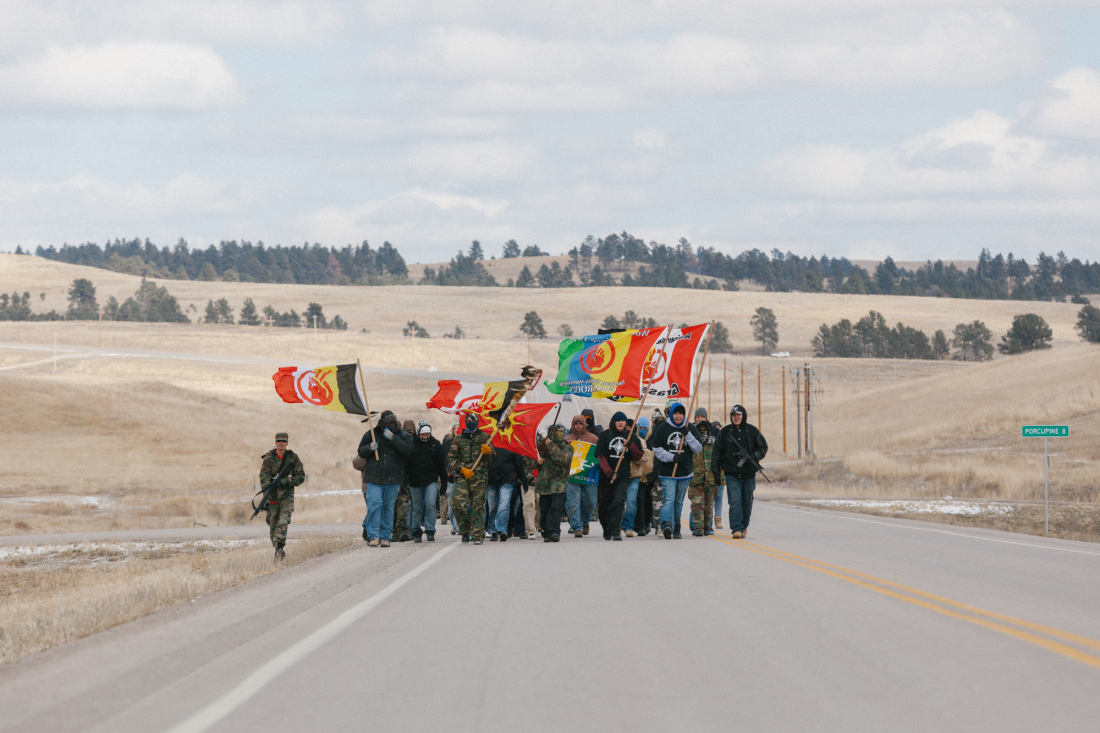 On A Knife Edge, from director Jeremy Williams, a documentary film five years in the making, follows Guy Dull Knife and his son, George, as George comes of age on South Dakota’s Pine Ridge Reservation. The film will world premiere June 10 and June 15 at the 16th annual San Francisco Documentary Film Festival.

“On a Knife Edge” is a father-son story about Guy and George Dull Knife that unfolds over the course of George’s coming-of-age journey. Under his father’s guidance, George becomes an activist and organizer, and begins identifying with the role of traditional Lakota warrior, which he views as his family legacy. He commits himself to the fight for social justice, but struggles with adapting the old ways and his father’s expectations to the modern-day realities of growing up on the Pine Ridge Reservation.

Told largely through George’s eyes, the film offers a privileged glimpse into the youngest generation of the American Indian Movement, as well as George’s own evolving notions of Native identity, manhood, and duty.

His story is interwoven with animated sequences that depict five generations of family history, narrated by his father and based on paintings he has created to explore the continuum of their fight through the generations.

On A Knife Edge