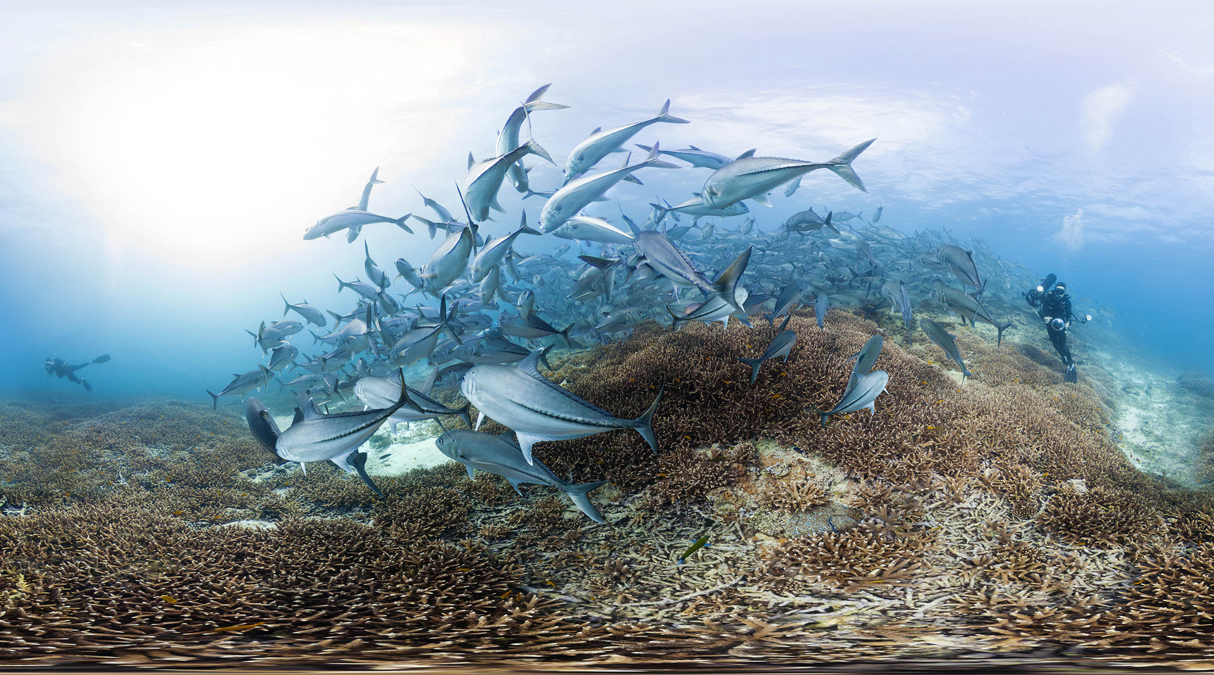 Today, on World Oceans Day, a new trailer was released for the documentary Chasing Coral, set to debut globally July 14 on Netflix.

Chasing Coral taps into the collective will and wisdom of an ad man, a self-proclaimed coral nerd, top-notch camera designers, and renowned marine biologists as they reveal a phenomenon called “coral bleaching.” With its breathtaking photography and nail-biting suspense, Chasing Coral is a dramatic revelation that won’t have audiences sitting idle for long.

“Our oceans are dramatically changing and we are losing coral reefs on a global scale,” said Jeff Orlowski, director of Chasing Coral. “We spent three years with divers, underwater photographers, and experts to reveal the majesty of our oceans, and the rapidly changing reality we’re facing. We are excited to launch this trailer on World Oceans Day and help heighten awareness of the connection between humanity and our ocean.”