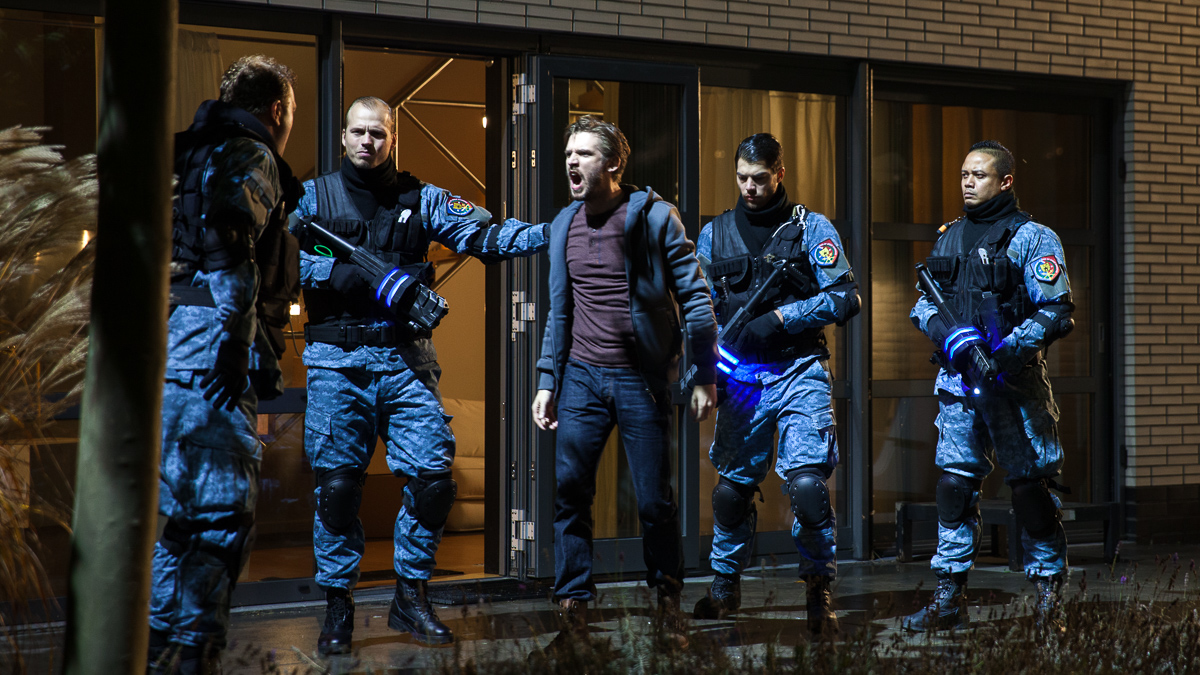 Kill Switch from writer-director Tim Smit, is an epic story framed from a first person perspective that makes you feel like you are in the film with a video-game style experience. Part apocalyptic and part thriller, the film explores a future where a pilot turned physicist (Stevens) has to save the world by harnessing parallel universes and channeling unlimited energy

The film starring Dan Stevens (Beauty and the Beast, “Downtown Abbey”) and Bérénice Marlohe (Skyfall), will open in select theaters and on demand on June 16th.

Acclaimed writer-director Tim Smit explodes on to the scene with his futuristic, VFX-heavy feature debut!  Kill Switch charts the story of a pilot battling to save his family and the planet, based on Smit’s short What’s In The Box?

Set in a future version of the world, the video game style plot follows an experiment for unlimited energy, harnessing parallel universes, which goes wrong. Chased by drones and soldiers, pilot and physicist Will Porter must race through an imploding world to get the Redivider box to a tower, which will save humanity, including his family, in the real world.