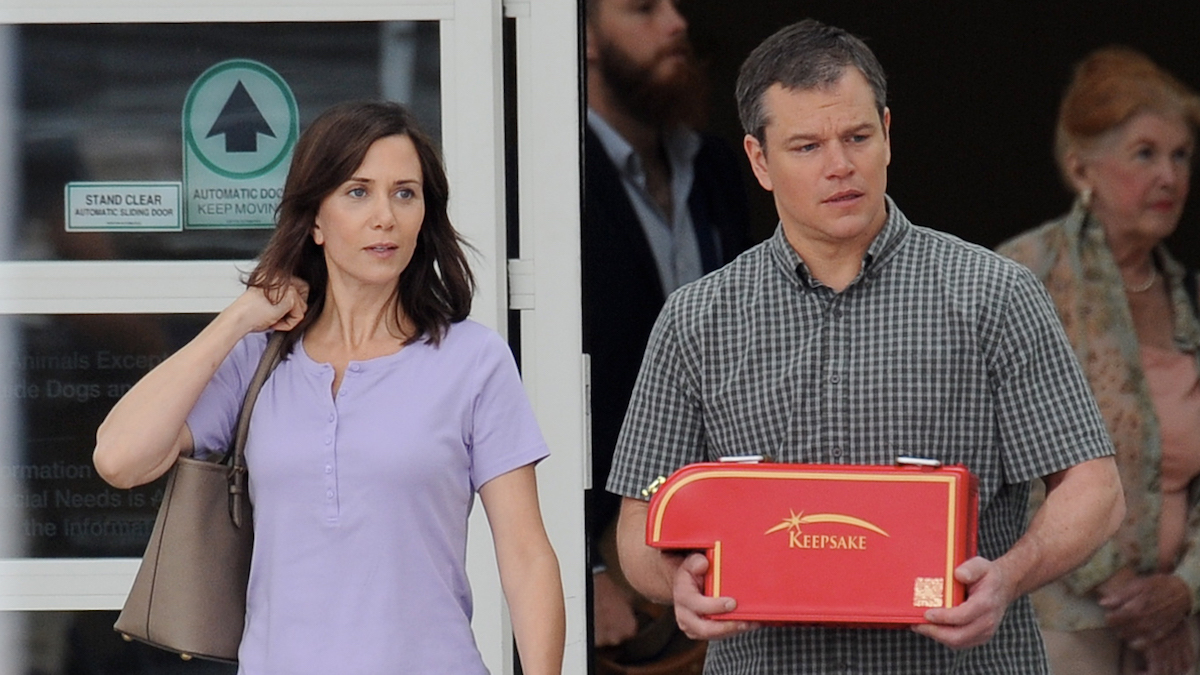 Downsizing will be shown in its world premiere screening on Wednesday August 30th in the Sala Grande at the Palazzo del Cinema on the Lido di Venezia.

Downsizing follows the adventures of Paul Safranek (Matt Damon), an everyman from Omaha who, along with his wife Audrey (Kristen Wiig), dreams of a better life. As the world faces an overpopulation crisis, scientists develop a radical solution that can shrink humans to five inches tall. People soon discover how much further money goes in a smaller world, and with the promise of a lavish lifestyle beyond their wildest imaginations, Paul and Audrey decide to risk the controversial procedure and embark upon an adventure that will change their lives forever.