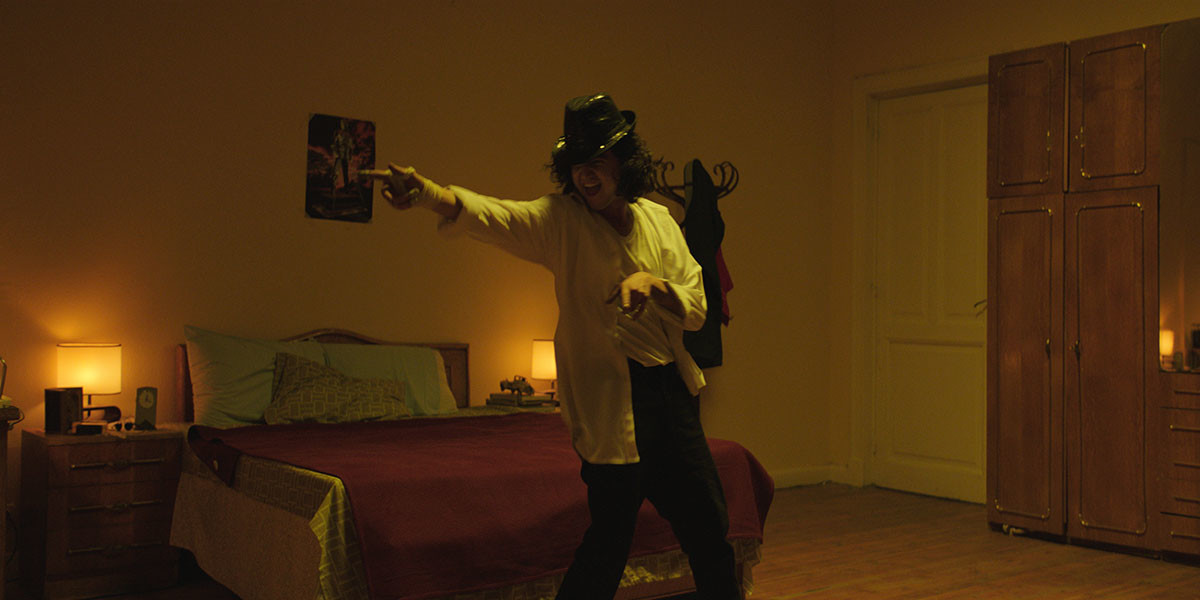 Sheikh Jackson directed by Amr Salama has been selected as Egypt’s candidate for the Best Foreign Language Film category at the 2018 Oscars.

June 25, 2009. Any Michael Jackson fan can tell you where they were on this date, the day the King of Pop died. Director and writer Amr Salama transports us back to that moment through the eyes — and the kaleidoscopic, MTV-inspired dreams — of a young imam (Ahmad Alfishawy), whose devout and devoted life is thrown into chaos by the passing of The Gloved One.

The tabloid event triggers memories of his teen years (rising star Ahmed Malek steps in here) when he worshiped everything Jacko did, from the Thriller-era haircut to the bondage pants from the Bad tour. But MJ’s passing also stirs up emotions around the death of the young cleric’s mother and its aftermath, when his gruff father (Maged El Kedwany) offered little support. With the sheikh’s past increasingly encroaching onthe present, he begins to question not just how to moonwalk but what it means to be a man, to have faith, and to be true to oneself. TIFF