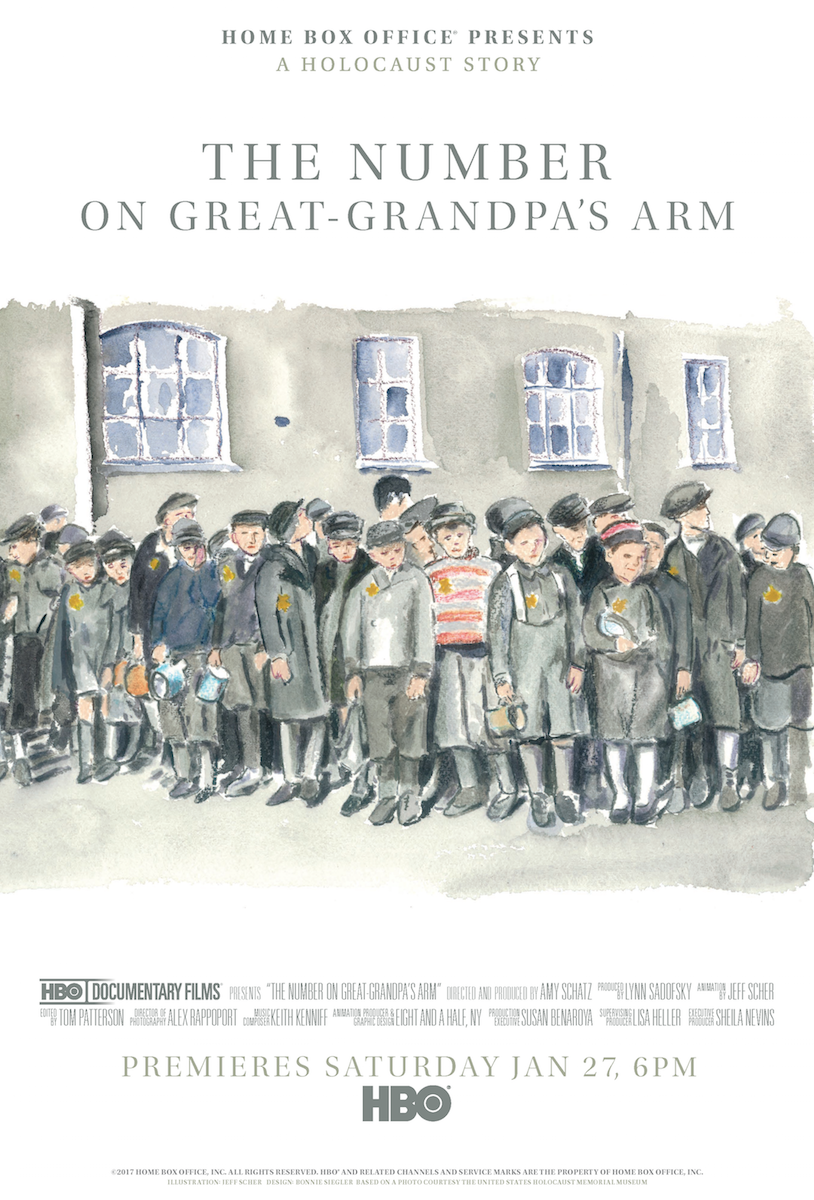 When 10-year-old Elliott asks his 90-year-old great-grandfather, Jack, about the number tattooed on his arm, he sparks an intimate conversation about Jack’s life that spans happy memories of childhood in Poland, the loss of his family, surviving Auschwitz, and finding a new life in America.

Directed and produced by Emmy® winner Amy Schatz, the short film The Number on Great-Grandpa’s Arm weaves in haunting historical footage and hand-painted animation to tell a heartbreaking story of Jewish life in Eastern Europe before and during the Holocaust. The film, presented by HBO with the Museum of Jewish Heritage – A Living Memorial to the Holocaust, debuts Saturday, January 27, 2018 (6:00-6:20 pm ET/PT), International Holocaust Remembrance Day, exclusively on HBO.

The film will also be available on HBO On Demand, HBO NOW, HBO GO and affiliate portals.

This gently powerful family documentary centers on Elliott’s love for his beloved great-grandfather and his wish to keep alive Jack’s memories and lessons from that terrible time. “His story has changed a lot of people,” 10-year-old Elliott says. “You need to know it to understand and stop it from happening in future generations.”

Jack’s story is brought to life through documentary and archival footage and stills, as well as the dynamic rotoscope animation of acclaimed artist Jeff Scher.

The Number on Great-Grandpa’s Arm will be included in a signature initiative that is part of the robust education program offered by the Museum of Jewish Heritage – A Living Memorial to the Holocaust. This effort is designed to use the film, a companion special installation, and curriculum to connect stories of the Holocaust across generations.

Animator Jeff Scher’s work is found in the permanent collections of the Museum of Modern Art, Academy Film Archives, Hirshhorn Museum and the Pompidou Centre.