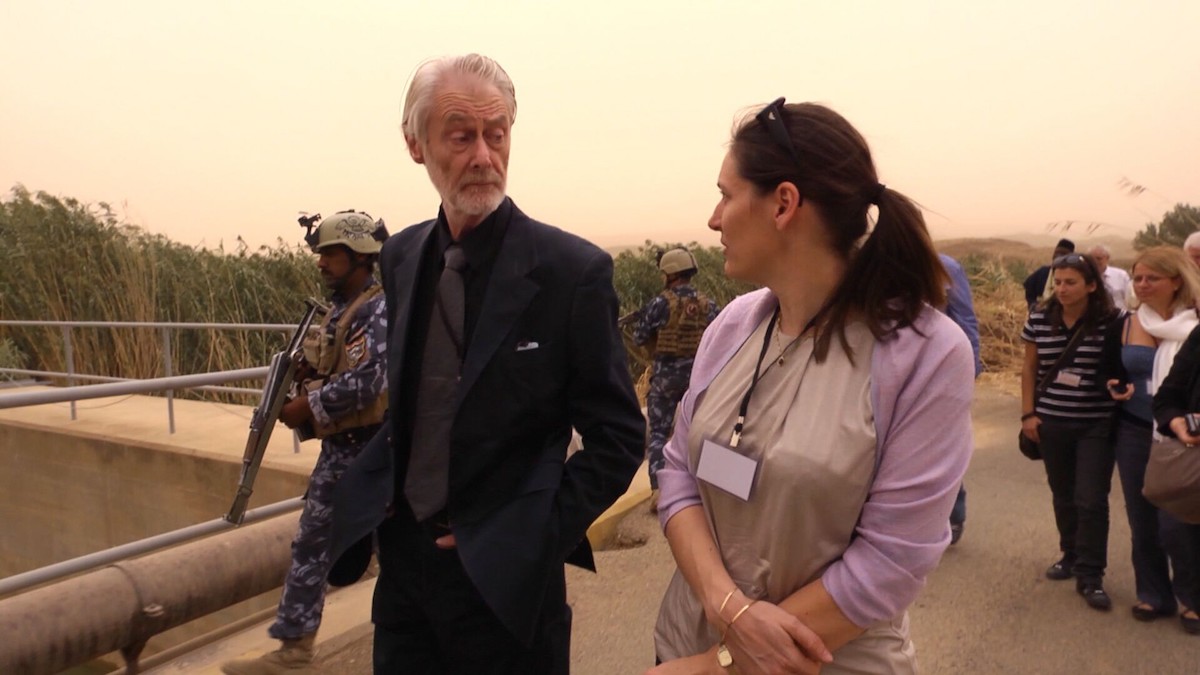 The award winning documentary The Peacemaker, directed by James Demo, is an intimate portrait of Padraig O’Malley, an international peacemaker who helps make peace for others but struggles to find it for himself.   The film takes us from Padraig’s isolated life in Cambridge, Massachusetts to some of the most dangerous crisis zones on Earth – from Northern Ireland to Kosovo, Nigeria to Iraq – as he works a peacemaking model based on his recovery from addiction. We meet Padraig in the third act of his life in a race against time to find some kind of salvation for both the world and himself.

The Peacemaker will open in New York at Cinema Village on Friday, February 9, 2018 ahead of a wider release.

In 1971, Padraig O’Malley gambled his college scholarship on the Ali-Frazier fight, lost and dropped out of Harvard. He landed at The Plough and Stars, a pub in Cambridge, Massachusetts, where he met a number of Irish ex-pats. Through those contacts O’Malley eventually got involved in solving The Troubles in Northern Ireland, even famously bringing Nelson Mandela into the Northern Irish peace process.

I first heard about Padraig four decades later, while I was having a pint at the Plough, which he now owned. At the time, Padraig was in Iraq, moving in and out of the Green Zone, trying to get warring parties to meet with Northern Irish and South African chief-negotiators who had helped settle major conflicts in the past. It surprised me that the owner of this little corner bar was risking his life to do this kind of work.

I had to know more. I got in touch with Padraig and asked him to meet with me. He explained that he never went into his bar because he was a recovering alcoholic, so we agreed to meet late one night in a Boston-area library. He told me the incredible story of his life and how his recovery from addiction informed his current work. I asked him if I could follow him during a new reconciliation effort he was launching in divided cities in conflict zones. As we filmed, and I spent more time with Padraig, it became clear that the conflict I was documenting was more personal, even existential. Four continents and five years later I wrapped production on The Peacemaker, about an extraordinary man who helps make peace for others but struggles to find it for himself.