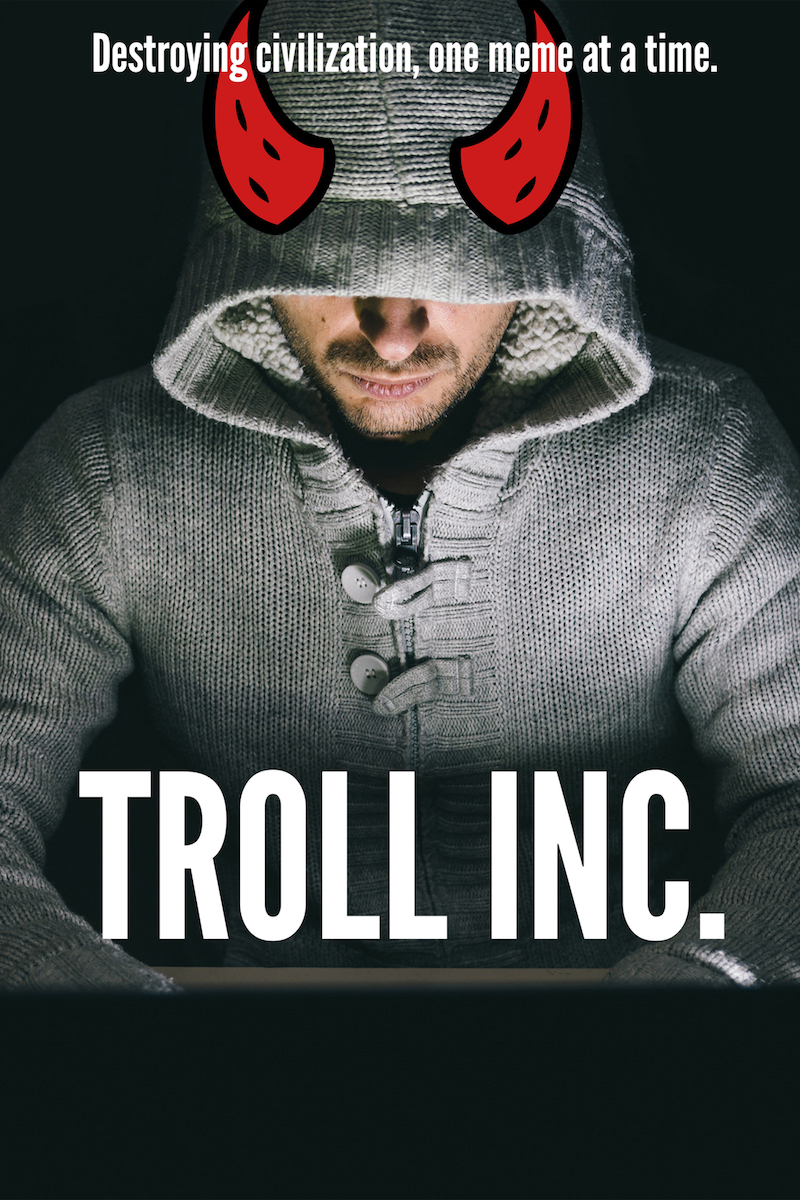 Troll Inc., director George Russell‘s spellbinding expose on Andrew ‘Weev’ Auernheimer, described as the world’s most famous internet troll, has released the official trailer and poster. The film will be available on VOD May 22.

From innocent meme culture to malicious propaganda, the avant-garde has moved online and they have an agenda. Emerging from deep within underground computer programming culture, internet trolls are disenfranchised and using the click-bait obsessed mass media to propel their performance art into the mainstream. Whether mischievously entertaining the masses, influencing presidential elections, or manipulating journalists and corporations, trolls are either saving us or driving our culture off of a cliff. Prosecuted as a whistleblower by the Federal Government, Troll Inc. follows the world’s most famous Internet troll, Andrew Auernheimer, and his merry band of provocateurs as they take on corporate America, the media, and political-correctness.

Hung on a meticulously framed, no-holds-barred interview with Auernheimer that took three, six-hour days, and at which the only sustenance served was plenty of high-definition rope, TROLLS INC. features case studies of his most notorious, just-barely illegal actions, like that time he revealed a gaping security hole in the iPad’s partnership with AT&T and when he erased all books with gay content from Amazon dot anything-but-calm.

After viewing Troll. Inc., its hard not to wonder if the grand scale of these invasions into our privacy and passions, by virtue of their regularity and overwhelming scope, didn’t somehow numb us to the very notion of privacy and normalizing this new Internet “fake news” attack culture, paving the way for the Kremlin to master the art of the troll and undermining our democracy right under our noses and in our own virtual backyards.