“SIFF 2018 is focused on meeting filmmakers and audiences where they are, and the New Works-in-Progress Forum does exactly that – curating audiences to meet filmmakers, and having that relationship help to create the art” said SIFF Artistic Director Beth Barrett.

Now in its second year, the New Works-in-Progress Forum was designed by SIFF as an initiative to nurture emerging voices in world cinema. Unique in its inclusion of the audience in the forum, the event brings all partners in cinema together in concert.

“The 2018 edition of the New Works-in-Progress Forum at SIFF shines the spotlight on four unique visual storytellers whose projects reflect today’s global zeitgeist from four extremely different perspectives, and exemplify the Forum’s directive to bring audience and filmmaker together at critical moments in the creative journey,” said the New Works-in-Progress Forum Curator Kathleen McInnis. “From Bangladesh, Israel, and the US, each film team is looking to the famed SIFF cinephiles to discover if their stories speak to a global audience.”

The inaugural SIFF New Works-in-Progress Forum Projects from 2017 are now award-winning films having successfully premiered at major festivals around the world. Each film will screen as part of the official program at SIFF 2018.

Bijon Imtiaz world premiered his award-winning narrative feature film debut, Kingdom of Clay Subjects at SIFF 2016. Whilst researching for his second narrative feature, Imtiaz sensed a connection between the unfolding Rohingya crisis, his Bangladesh homeland and the religious extremism and growing tension between Hindus and Muslims. He immediately started to explore the individual and intimate stories in front of him for a feature-length documentary, Paradise.

“The SIFF audiences understood every nuance when Kingdom of Clay Subjects premiered, “ said Imtiaz. “I was blown away by how educated their love of cinema is; it was so inspiring. We are looking for collaborators for the marathon that is documentary filmmaking, and I hope we find them among the WIP audience and mentors. We want to know if it connects on an emotional level and there is no better place to find that out than with SIFF audiences.” 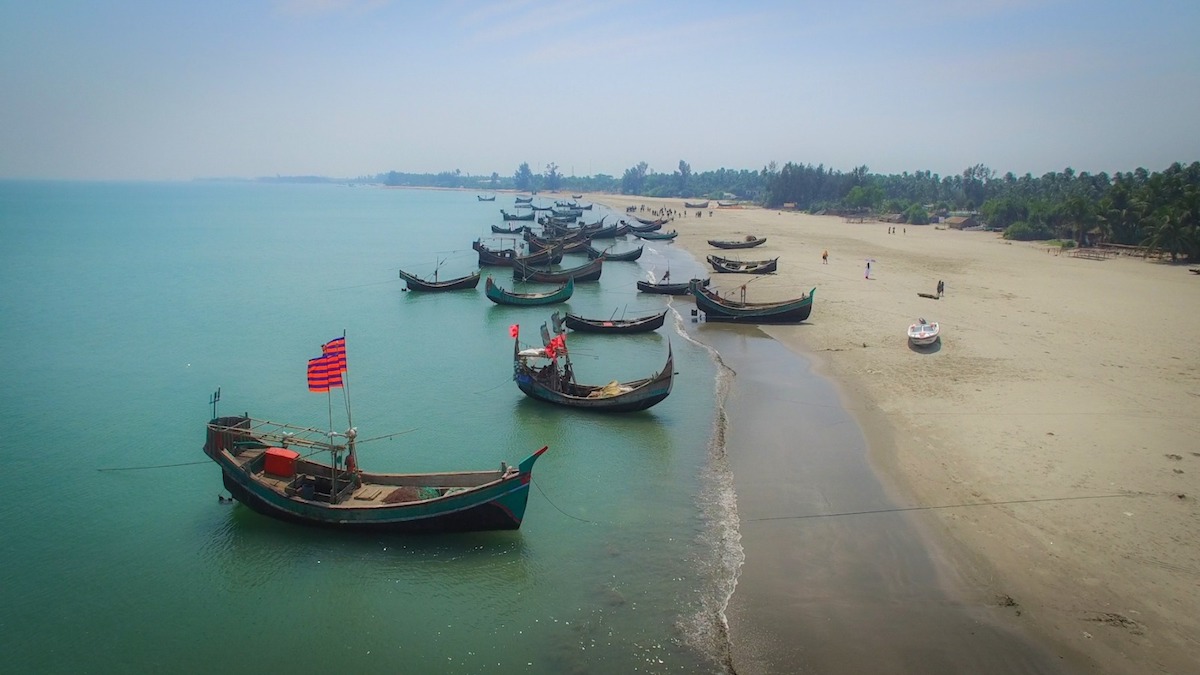 Filmmaker Bijon Imtiaz travels to a small island off the coast of Bangladesh to explore the ethics of displacement in a landscape where religion is race and personhood is defined by the ownership of land. Telling three unique stories, Imtiaz studies the consequences and causes of forced displacement, oppression and religion in our contemporary world. A middle-aged barber — the last and only Hindu on an island of Muslims, a 16-year-old Muslim Rohingya girl facing violent ethnic cleansing, and a 12-year-old boy immersed in religious doctrine frame an emotional microcosm of modern Bangladesh as well as our current global society.

A New York commercial producer by day, Sarah Brennan Kolb returned to her native Texas for a working hiatus as a ranch hand on a cow-calf operation. It was there she begin to explore the “modern” West – one in which the “male cowboy mythology” was quickly disappearing and being replaced by a new gritty, honest and some would say subversive, female story. The jarring transitions between generations as the men disappeared and the women stayed standing in this hyper-masculine and desolate place inspired Kolb to dig deeper into the crushing weight of legacy and tradition.

“Rural Texas is as much a character as these three women who are redefining the patriarchal power dynamic, not by choice but by necessity,” said Kolb. “This fiery, bloody, dirty and yes, violent part of the female story is rooted in the natural world in Texas. Telling this story now, I hope, puts a face to the survivors and lays rest the vanishing patriarchal bogeyman.”

Not all of the women of the mythological West slip easily into the princess fantasy of Pocahontas or the unnamed martyr “Pioneer Woman” labels so often prescribed them. In Filmmaker Sarah Brennan Kolb’s genre busting documentary, three women of the “New West” reshape the Western Canon with their stories. Crosscutting cinéma vérité techniques with archival material from 1930‘s and ‘40’s B-movie Westerns as well as academic commentary from famed-author Joyce Gibson Roach, Kolb questions “Who has the authority to claim the (often) oppressive traditions when only those who have been oppressed are left to carry them on?”

Filmmaker Yona Rozenkier brings extraordinary authority to his debut narrative feature film, The Dive. As the son of a Christian kibbutz volunteer from Switzerland and a French Holocaust survivor, Rozenkier worked as a farmer on his kibbutz until he was 27, before starting film school.

Awaiting recruitment into the Second Lebanon War, three of the Rozenkier brothers spent one last memorable weekend on their quiet kibbutz, celebrating their lives before going off to yet another war. It was this weekend that would inspire Yona Rozenkier to make his first film and two of his brothers would be recruited once again, this time to each play a version of himself on screen along with Yona in a story about brothers, love and the constant, daily training for war.

“We have a lot of “sacred cows” in Israel,” said Rozenkier. “We may believe we are pacifists, but when we are called up for the next war and the next war and the next, we grab our guns and go. Our people become a tool in the hands of our leadership in Israel, the same way our masculinity can become toxic because of the military. I believe sometimes you have to put family before country, but that is a radical concept for some here. And I wonder if my uniquely Israeli experience translates outside of Israel?”

Two brothers struggle between love and duty as their little brother tries to prepare for his first military call to duty. Middle brother Yoav, an ex-officer who has retreated back to his kibbutz, mentally exhausted under the weight of PTSD, is at odds with his still-serving older brother, Itay, who is the reincarnation of their late father and evokes a strong sense of duty and obligation to country. When war breaks out, as it inevitably does in Israel, and little brother Avishay reveals he is conflicted about being called up, the two older brothers deep disconnect explodes: Yoav wants Avishay to understand he can refuse to go, but Itay insists Avishay needs to “man-up” and do what’s right. Almost immediately, Avishay becomes the battlefield on which Yoav and Italy fight out their own emotional war. As Yoav tries desperately to save his brothers, he faces the harsh reality where violence becomes his only option to ending violence, but will he become that which he decries?

“I’m really curious as to how people internationally will react to this couple as parents, as well as how they will emotionally connect and if it speaks to them as couples themselves.” said Shmila. “I’m always searching for stories that speak to the relationships in which we bind ourselves – in my very religious upbringing, there was always a conflict between the man and the woman. I saw that men always wanted to put women under them; be powerful over them. It’s why it was so important to me that this is Tamara’s story, that she is on top.”

Tamara is a successful young power broker and a brand new mother to her daughter, Dana. Living an all-consuming lifestyle, Tamara has nearly forgotten she is also a wife, and by definition a lover, to Uri, a fighter pilot in the Israeli Air Force. When Uri forces the issue and tries to re-conquer his wife, Tamara’s instinctual release of physical force excites them both. Soon they are have turned their extra room into their “game room” and slap by slap build a safe space for sexual escapism that both excites and releases their inner demons. But Tamara has other demands on her body, trying to hold onto breastfeeding Dana as long as possible while also putting in impossible hours at work. The pressure is overwhelming and quickly Tamara’s tenuous façade begins shattering with grave repercussions.