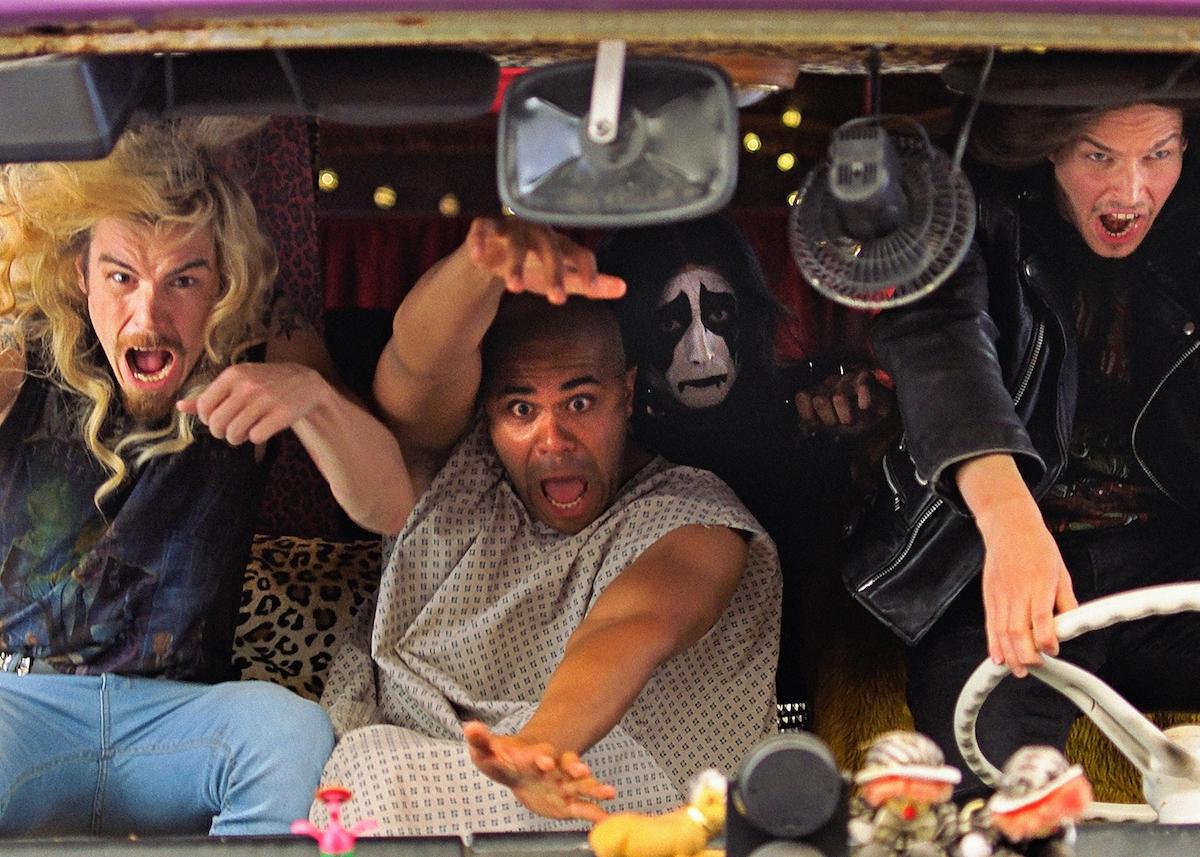 Doppelgänger Releasing announced a new distribution relationship with horror genre website Bloody Disgusting, and will kick things off with the release of Finnish black metal comedy Heavy Trip, which had its world premiere at SXSW. Doppelgänger (the genre label of arthouse distributor Music Box Films) is planning a limited theatrical run along with a home entertainment release in late 2018, and will screen the film at the upcoming Cinepocalypse Genre Film Festival at the Music Box Theatre in late June.

When Turo and his undiscovered heavy metal band—eventually named Impaled Rektum—get their first chance in 12 years to leave the basement and play at Norway’s biggest heavy metal music festival, they steal a van, a corpse, a coffin, and a drummer from the local mental hospital and hit the road.

“We’ve admired Bloody Disgusting’s ability to create and grow the most actively engaged online horror communities out there, and we’re looking forward to working with them on identifying and releasing exciting new content that pushes the boundaries of genre filmmaking,” said Lisa Holmes, Director of Sales at Music Box Films/ Doppelgänger Releasing. “Heavy Trip has a perfect combination of humor, heart, and heavy metal, and we’re excited to work with Bloody Disgusting to bring it to American audiences.”

“Heavy Trip is destined for cult classic status and we know horror and music fans will unite in celebration of this heartwarming, but totally metal comedy,” said Brad Miska of Bloody Disgusting. “We’re extremely proud of our Chicago roots and working with the prestigious Music Box is a dream come true. This is just the opening act! “

COMING SOON: Anne Hathaway to Star in Dee Rees' Next Film THE LAST THING HE WANTED