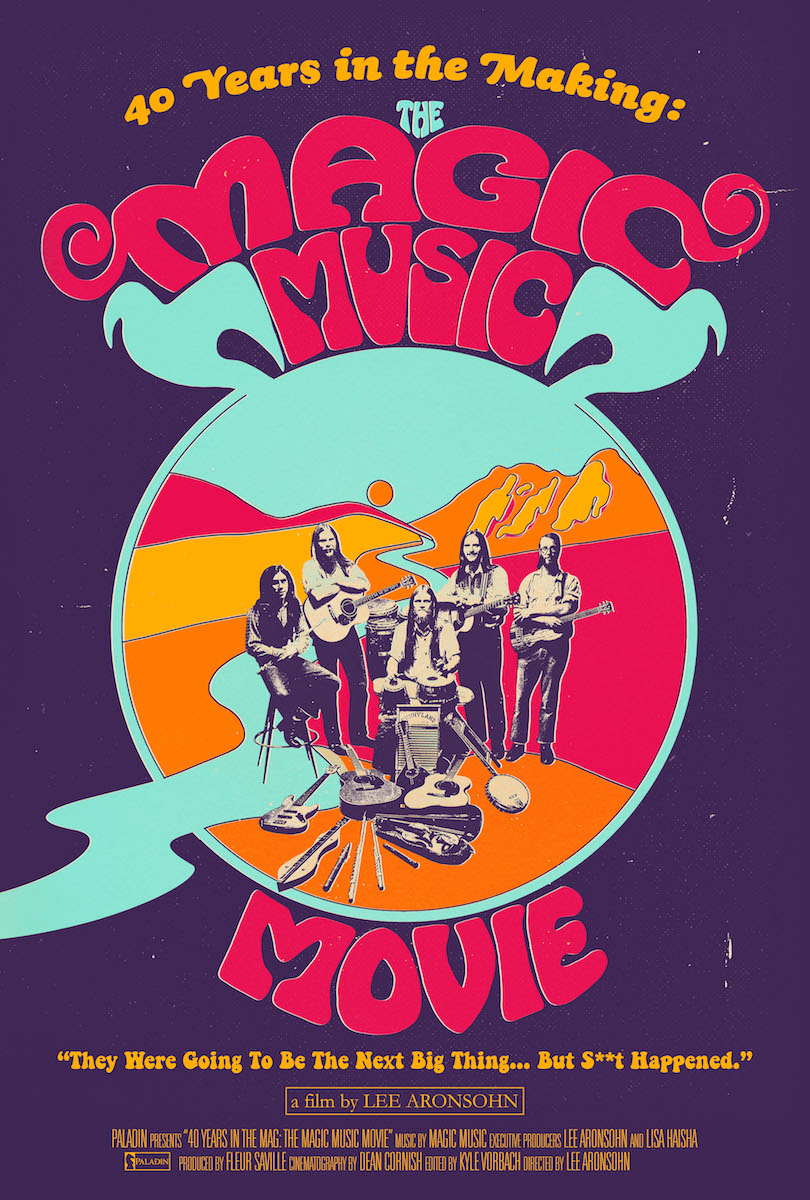 The new trailer to Paladin’s new documentary, 40 YEARS IN THE MAKING: THE MAGIC MUSIC MOVIE from television writer/producer Lee Aronsohn (“The Big Bang Theory,” “Two and a Half Men”) is here.  See Lee Aronsohn track down the scattered members of one of Boulder, Colorado’s most influential and elusive bands in the hope that, 40 years after they broke up, he can get them to play ONE LAST SHOW. 40 YEARS IN THE MAKING: THE MAGIC MUSIC MOVIE will open in New York August 3, and in Los Angeles August 10, with a national release to follow.

Magic Music is one of the most fondly remembered bands of the Boulder Revolution of the late 60s and early 70s. Living in a makeshift camp up in the mountains, they would delight local residents and university students with their original songs, acoustic instruments, and light harmonies; their growing popularity brought them to the brink of success more than once. Unfortunately, they never signed a record deal and eventually broke up in 1975.

40 YEARS IN THE MAKING: THE MAGIC MUSIC MOVIE chronicles how one of their greatest fans, acclaimed director (and UC Boulder alumnus) Lee Aronsohn, tracked down the original band members four decades later to tell their story. More importantly, he makes a dream come true for himself, fellow fans, and the band, by bringing them all back to Boulder for a sold-out reunion concert that preserves their legacy for posterity.

40 Years in the Making: The Magic Music Movie