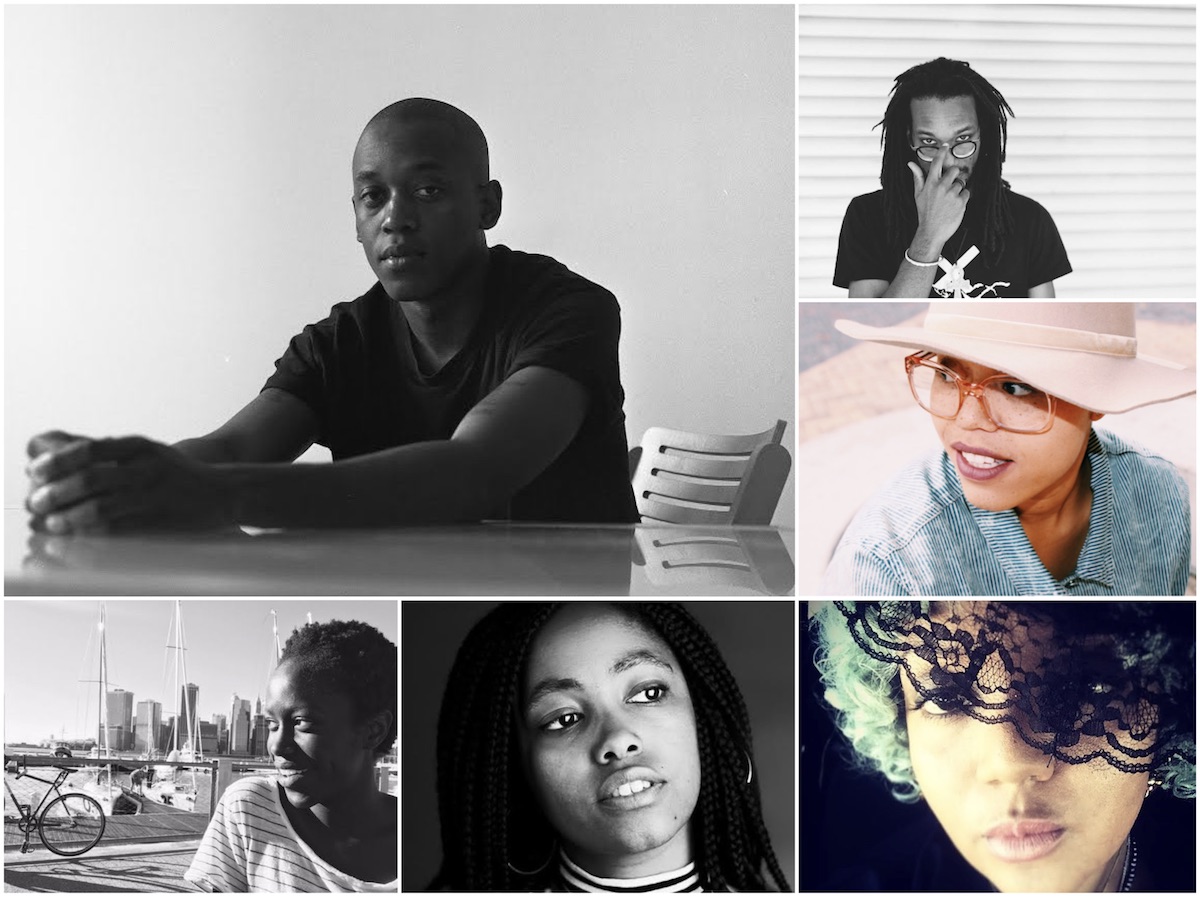 Indie Memphis Film Festival continues it commitment to supporting black filmmakers, present and future, with the new Black Creators Forum, running November 1st and 2nd at the Hattiloo Theatre. The Black Creators Forum will run before and parallel with the opening of the Indie Memphis Film Festival (November 1st – 5th, 2018), and is a two-day symposium of workshops and invited speakers led by notable black filmmakers and critics with a wide interdisciplinary range, including fine art, music, and online content. The goal is to explore ways black filmmaking can find creativity and sustainability from other mediums, and to ease the barrier of entry for black artists who would like to work in film.

The event will be programmed by Indie Memphis Senior Programmer Miriam Bale and produced by Jason Farmer, Indie Memphis board member and owner of Black Lens Productions. “With the rich cultural, arts and musical legacy of Memphis as the backdrop, creating vibrant stories in our own tenor and tone on film is a natural, organic progression,” said Farmer, ”The Black Creators Forum in conjunction with the Indie Memphis Film Festival was created to give voice and vision to empower artists who can meet a growing demand for new media.”

The two-day event of closed door discussions will conclude with a public pitch event on November 2nd, 2018. A dozen filmmakers will pitch projects, including finalists of the inaugural Indie Memphis Black Filmmaker Residency in Screenwriting program, as well as the winner of the Residency, Alex Huggins. Huggins will receive a $7500 unrestricted cash grant and a two month residency in Memphis to work on his feature film screenplay, Mason Dixon.

“There was an incredible range of subjects and tones among the finalists’ projects—from a coming-of-age period piece about pop culture just before Beyoncé to a perverse comedy adventure, best described as if John Waters were a queer woman. Ultimately the selection committee went with Alex Huggins and his strong vision as a writer-director,” said Bale. “But we want to see all these projects made. Our intention is that the Forum and its pitch event will bring these new talents to the attention of producers, funders, and future collaborators.”

The Residency finalists were decided by Indie Memphis staff and a board member from 106 applications, and the winner was decided by an independent selection committee of black film professionals.

Bio: Alex Huggins is a filmmaker and screenwriter from Salt Lake City, Utah. After a stint studying Architecture at Parsons School of Design in New York, and a brief period back home working in production through the Utah Film Commission, he returned to New York to act as an apprentice to Josh and Benny Safdie at their burgeoning studio Elara Pictures. Growing up in an immigrant household –raised by his Haitian mother and the youngest of three – Huggins recalls watching films from an early age, utilizing them to bridge the contrasting realities impressed upon him by his Caribbean influenced home life and the American West. In his work, Huggins exercises these contrasting realities via subversive themes in an effort to cast reconfigured historical context on a contemporary landscape. Huggins is currently working on his next film – a short entitled “Pennies” following a group of vampires in Harlem – while also writing collaboratively on multiple projects.

Project, Mason Dixon: The film tells the story of Vanessa Pierre, a 20-year-old Haitian American, who becomes entangled in a convoluted historical mystery following the return of her estranged father to her mother’s home.

Bio: Jon-Carlos Evans is a Berlin-based filmmaker, audiovisual artist and writer. A native of St. Louis, MO, he holds a B.A. in Film Production from Webster University-St. Louis and a MFA in Media Arts Production from the City College of New York. Under his musical alias Klaas von Karlos, Evans is also the founder of experimental-electronic collective ReVerse Bullets and creative director of the GLITCH performance series/music label. As Klaas von Karlos, he is a member of music projects BIINDS, Naked Sweatshop, and Divan Rouge. His previous works include the short films “Antithesis,” “Goodbye Brooklyn,” “Julya,” and “Salvation (Without You).” He is a recipient of the Eastman Kodak Student Grant (2006), the Aloha Accolade Award (2010, Honolulu International Festival), and the Silver Palm Award (2010, Mexico International Film Festival). His recently completed feature, All Tomorrow’s Children, continues to play in festivals after winning the Bronze Remi Award at Worldfest Houston and Best Narrative Film at the 2017 CUNY Film Festival.

Project, The Lost Gods of Memphis: The Lost Gods of Memphis is a free jazz-noir, dark fairytale about a hidden society of Egyptian gods and goddesses based along the Mississippi River in the 21st century. When the sacred bull disappears, a group of four elderly, eccentric gods turned jazz musicians are enlisted to restore order.

Bio: Natalie Frazier is the director and writer of Cheetah & The Deathgoers. She is a proud Chicagoan, filmmaker and writer. She’s worked as a production assistant on MTV’s “Sweet Viscous” and “Catfish,” and “Brujos,” a web series. She graduated with a degree in Radio, Television and Film from Northwestern University in 2016.

Project, Mr. Interlocutor: After years of attempting to entertain a world that just can’t seem to peg them, G, a scorned burlesque dancer, embarks on a different kind of tour — a farcical killing spree.

Bio: Jeri Hilt is a mixed media artist and filmmaker native to Louisiana. Her art reflects cosmologies, aesthetics, and cannons of thought from communities of color as she has experienced them this lifetime. Though much of her work has been regionally specific in space and time to southern Louisiana and the state’s coastal Wetlands; her art is created with intent to be both resonate and reflective of contemporary Black/Indigenous communities throughout the African Diaspora.

Project, Five Million Marielles: After the assassination of Marielle Franco in 2018, Black and Indigenous Women in Brazil and throughout the African Diaspora create a campaign to “produce” five million Marielles by vowing to name their next immediate child-regardless of sex/gender-Marielle. Discreetly, they also vow to raise them according to her principles and humanistic philosophy-with the ultimate goal of changing the world completely in one generation.

Bio: Originally from Memphis, Tennessee, Amanda Layne Miller is a writer, director, and part-time editor in Los Angeles, creating new worlds and complex characters in fantasy/sci-fi and coming-of-age narratives. She is passionate about inclusive representation in film, television, and digital media. She loves using dramatic and comedic elements to portray real life in bizarre ways, and is excited by the new opportunities and stories being told on television and new media services. Miller’s ultimate goal is to create content that reflects her personal worldview as a Black woman from the American South. In doing so, she also hopes to expand the range of identities represented on-screen and behind the scenes. She is currently a developing writer on an American/Chinese co-production, while serving as a Creative Assistant and writer at indie comic company Stranger Comics. She has previously interned for HBO West Coast Production in LA, MACRO in Hollywood, NBCUniversal Cable Entertainment in LA, and HBO Creative Services in New York City.

Bio: Ama Quao is a first-generation African-American, screenwriter based in New York by way of Tennessee. A 2012 graduate of Brown University, she has interned and worked at A24, Billions on Showtime and Sweetbitter on Starz. A 2017 MADE IN NEW YORK Fellowship Semi-Finalist and recipient of the 2017 Jesse Thompkins III Emerging Storyteller Award, her comedic writing seeks to expand the representation of women of color in film and TV.

Project, 1999: When Zeus, a first-generation African-American loses a pound of weed, the same day his type-A sister, Zola, wins two tickets to a Britney Spears concert, they realize they must work together if they want to make it to the concert alive.

Monica Cooper was born in Baton Rouge, Louisiana and reared in Pittsburgh. She studied Theater Arts at the University of North Carolina in Asheville, NC. While working as an actress and voice over artist in the Carolinas, she was frustrated at not being able to find good talent representation, so opened her own successful model and talent agency. After a move to Hollywood, she worked as Casting Assistant on films such as Posse (1993, Mario Van Peebles) and Friday (1995, F. Gary Gray). She has worked as Casting Director on films like Cauleen Smith’s Drylongso (1998). Currently Cooper is President of Make it Happen Entertainment, which develops film television and new media projects in the U.S. and internationally. Cooper is also the founder of the In-Focus Film Society, developing educational programs such as a recent series of panels and discussions on diversity at the Cannes Film Festival.

Rooney Elmi is ​the ​creator and managing editor of SVLLY(wood), a biannual print and digital movie magazine geared toward radical cinephilia. ​As the former director of development of Ohio Film Group, she handled acquisitions and marketing for the state-of-the-art post production studio and currently programs short films and documentaries for international cinema spaces and online platforms.

Rob Williams is a veteran Creative Executive and Producer who has worked with most major studios including Paramount, DreamWorks, and Disney/ABC, developing and shepherding many an award-winning projects through the production process. He is currently Senior Vice President of Theatrical Motion Pictures at JuVee Productions is an award-winning, artist-driven production company from Viola Davis and Julius Tennon. Prior to that he was a consultant to the CEO of Cape Town Film Studios in South Africa and instrumental in securing US Congressional support for a sustainable value chain consisting of training, production, distribution and complimentary media services linked between South Africa and the United States. During his tenure at Amblin, Williams worked as a Screenplay Editor on Amistad, Ants, and Deep Impact. Williams was also intimately involved in the development and production of the Michael Mann directed motion picture Ali. During his tenure, he worked closely with Oscar-winning Producer Graham King (Argo, The Town, The Departed) and Mann in developing several high-profile projects including Martin Scorsese’s The Aviator, and the upcoming highly anticipated Ferrari to be directed by Mann.