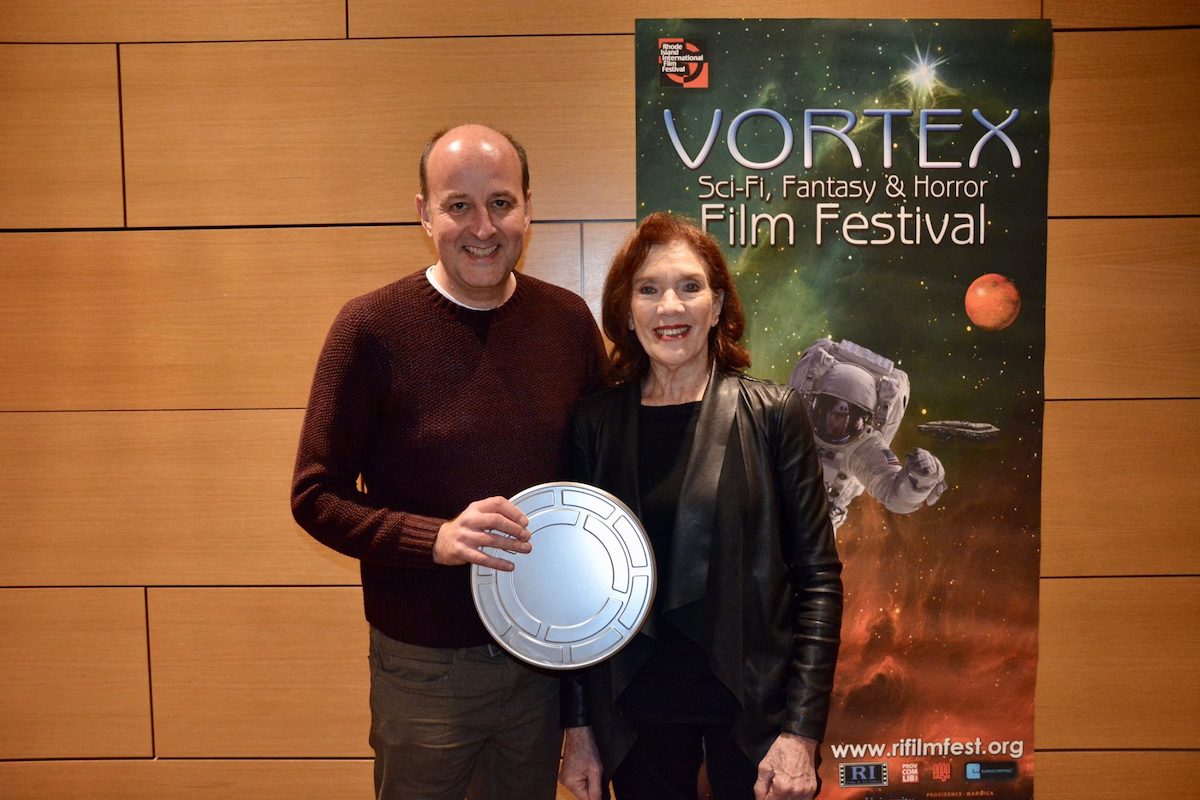 A phantasmagoric symphony of international genre films were given their due with the wrap of the 19th Annual Flickers’ Vortex Sci-Fi, Fantasy, and Horror Film Festival through adjudicated awards. The Festival celebrated and showcased imagination and creativity in filmmaking and included nine (9) World and U.S. Premieres. In all, 61 films were selected from over 3,000 genre submissions, representing 16 countries and presented at 15 locations. This year’s Festival was planned, developed and curated by Shawn Drywa, Vortex Program Director and creator of the annual genre Festival with Shawn Quirk, RIIFF Program Director.

“Over the past several years, we have been expanding our screenings to educational institutions, literally bringing Vortex to our audience. We made a concerted effort this year to include a dynamic mix of the Horror, Fantasy, and Sci-Fi genres,” said Shawn Drywa, Vortex Program Director. “These films represent the vanguard of genre filmmaking from across the globe, and showcase a rising generation of filmmakers, who are redefining genre films for the next generation of cinephiles.

“Vortex filmmakers are leaders of tomorrow’s entertainment industry, and it’s our mission to empower them and help them move forward in their respective careers through showcasing their work.”

“We are proud to see that this sidebar to RIIFF has become an important cultural event for the State and an international draw for filmmakers and audiences. This year saw over a dozen filmmakers, cast and crew coming from the United Kingdom, Canada and from throughout the United States,” he added.

“From our ongoing educational outreach with area colleges and universities, free library and museum screenings, high school-based programs, to a master class on filmmaking and conversations on the film industry with noted leaders, this year’s Vortex Film Festival laid the foundation for an even more expanded event next year” noted Shawn Quirk, RIIFF’s Program Director.

Tied With:
In Her Image | Directed by: Nikoloz Kevkhishvili, Georgia, 2018

H.P. LOVECRAFT AWARD:
I Am the Doorway | Directed by: Simon Pearce, United Kingdom, 2018