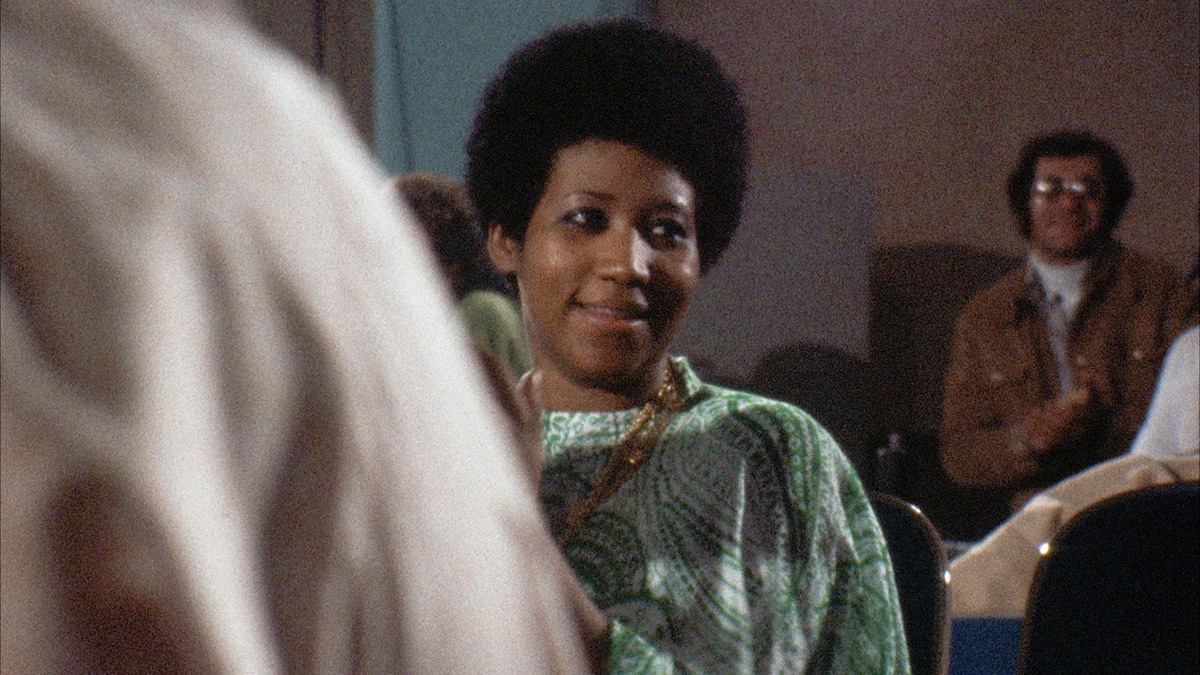 After decades of waiting, Amazing Grace, the long-awaited documentary featuring Aretha Franklin’s signature performances at New Temple Missionary Baptist Church in Los Angeles, will make its world premiere  at the 2018 DOC NYC, America’s largest documentary film festival. The film will be presented on Monday, November 12 at 6:45 pm and 9:00 pm at the SVA Theatre on 333 West 23rd St, NY, NY. Tickets are available at Docnyc.net.

The live performances, ranked among Ms. Franklin’s finest, were originally recorded and filmed during a church service in Watts on January 13 and 14, 1972. Warner Bros. Pictures captured the footage for a companion documentary to the double live album “Amazing Grace.” “Amazing Grace” would go on to be the biggest selling album of Aretha Franklin’s career, and the best-selling gospel album of all time. Mired in technical issues, the film was never released to the public.

Producer Alan Elliott acquired the film rights in 2007 and worked with a team of producers, including Joe Boyd, Robert Johnson, Chiemi Karasawa, Sabrina Owens, Jerry Wexler, Tirrell D. Whittley and Joseph Woolf, to bring the feature-length documentary to light. The film was edited by Jeff Buchanan and its music was mixed by Jimmy Douglass. The documentary is a labor of love and a timely tribute to the music icon who passed away in August 2018. The film is now ready for release with the complete support and blessing from The Aretha Franklin Estate.

“I am thrilled to work with Sabrina Owens and the family to do right by Aretha’s legacy,” said Mr. Elliott. “Being able to share this film and the musical genius of Aretha Franklin with her family and the world is an honor. Aretha’s fans will be enthralled by every moment of the film as her genius, her devotion to God and her spirit are present in every frame.”

Captivated by the heart and brilliance of the Queen of Soul, producer Tirrell D. Whittley stated, “Bringing this film to audiences is a great joy and privilege for me. Amazing Grace is a unique film that lifts the spirit and soul with the joy of gospel music. It’s a pure experience, showcasing Aretha Franklin in her element doing what she does best and being The Queen.”

“Amazing Grace is the heart and soul of Aretha Franklin,” said Sabrina Owens, Franklin’s niece and the Executor of the Aretha Franklin Estate. “This film is authentic and is my aunt at her core. She was a daughter of the church, she loved gospel music, and she always incorporated some form of sacred music in her concerts.”

The film features Ms. Franklin’s legendary gospel hits, performed in front of a distinguished audience that includes her father, the famed Reverend C.L. Franklin, Gospel legends Clara Ward and Mother Ward of the Ward Family Singers along with Mick Jagger and Charlie Watts of the Rolling Stones (who were in Los Angeles recording “Exile on Main Street”).

“Amazing Grace has been a lost treasure of documentary filmmaking for over four decades. I can’t think of a bigger honor for a festival than to premiere this film,” said DOC NYC artistic director Thom Powers.