SYNOPSIS: Based on historical fact, Angelo charts the career of an African slave sold into 18th-century Viennese court society. Captured as a young boy, Angelo becomes the pet project of a wealthy countess (Alba Rohrwacher), who carries out what she believes is her Christian duty to civilize him. As the years progress, Angelo rises to become her surrogate prodigal son and the beloved Court Moor of the Habsburg empire: the projection of every European fantasy of the noble savage. When an astonishing secret is exposed, Angelo is banished, leading to a horrifying, dehumanizing fate. Markus Schleinzer traces Angelo’s life with a clinical sobriety, but also with an artifice (painted sets, blackface, exoticizing costumes and dioramas, sudden contemporary intrusions) that serves to reinforce the idea of race as a persistent prejudicial construct. 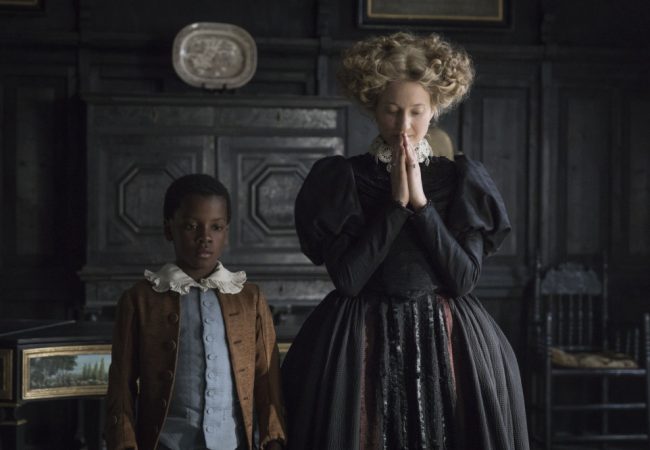