Warning: chmod(): Operation not permitted in /var/www/html/wp-admin/includes/class-wp-filesystem-direct.php on line 173
 LIFE WITHOUT BASKETBALL - VIMooZ

NAME OF FILM: LIFE WITHOUT BASKETBALL

SYNOPSIS: Bilqis Abdul-Qaadir broke records and barriers on her way to become the first Division I athlete to play basketball while wearing hijab. When a controversial ruling ends her chances at playing professionally, she re-examines her faith and identity as a Muslim American. 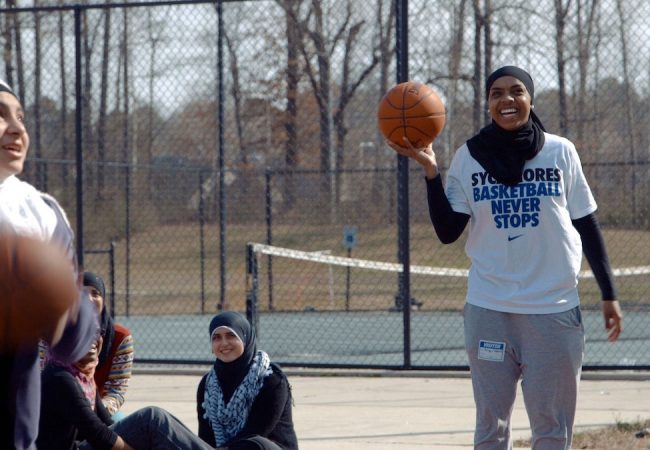 Life Without Basketball is an intimate and revealing look at the life and career of Bliqis Abdul-Qaadir, a 5’2 pioneering, powerhouse basketball player from Springfield Massachusetts, who broke records and barriers on her way to becoming the first Division I basketball player to play wearing a hijab.