Manchester by the Sea

NAME OF FILM: MANCHESTER BY THE SEA

SYNOPSIS: After the death of his older brother Joe, Lee Chandler (Casey Affleck) is shocked that Joe has made him sole guardian of his teenage nephew Patrick. Lee reluctantly returns to Manchester-by-the-Sea, the fishing village where his working-class family has lived for generations. There, he is forced to deal with a past that separated from his wife, Randi (Michelle Williams), and the community where he was born and raised.

A Date for Mad Mary was crowned the Best Film, and Charleigh Bailey took home the award for Best Supporting Actress Film for her performance, at the Irish Film and Television Academy (IFTA) Film & Drama Awards in Dublin, Ireland on Saturday. 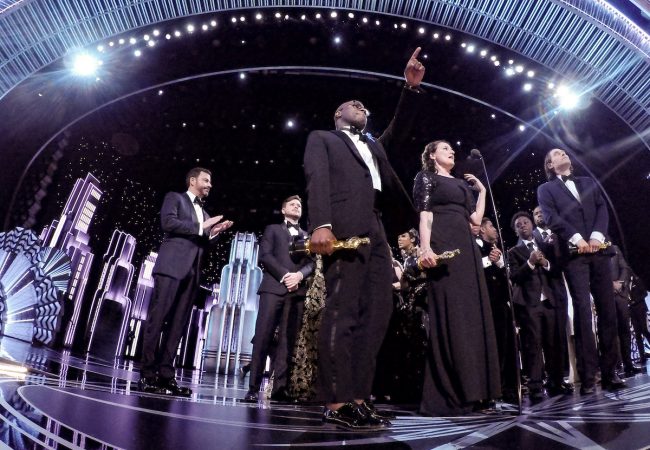 And the Academy Award for Best Picture goes to La La Land. Oops sorry, Moonlight. That’s pretty much how it went last night at the 2017 Oscars.

The UK’s leading critics revealed the winners of the 37th Critics’ Circle Film Awards , and awarded Damien Chazelle’s musical La La Land the honor of Film of the Year.