SYNOPSIS: Portuguese director Pedro Costa has continually returned in his films to the Fontainhas neighborhood, a shantytown on the outskirts of Lisbon that’s home to largely immigrant communities. Not merely a chronicler of the poor and dispossessed, Costa renders onscreen characters that exist somewhere between real and fictional, the living and the dead. His latest, a film of deeply concentrated beauty, stars nonprofessional actor Vitalina Varela in a truly remarkable performance. Reprising and expanding upon her haunted supporting role from Costa’s Horse Money (NYFF52), she plays a Cape Verdean woman who has come to Fontainhas for her husband’s funeral after being separated from him for decades due to economic circumstance, and despite her alienation begins to establish a new life there. The grief of the present and the ghosts of the past commingle in Costa’s ravishing chiaroscuro compositions, a film of shadow and whisper that might be the director’s most visually extraordinary work. 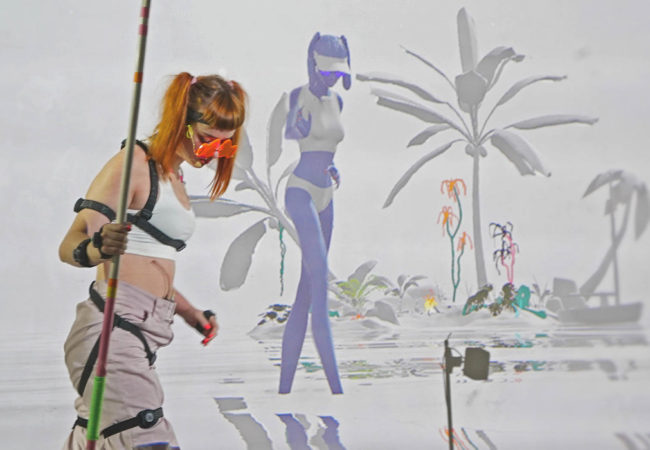 32 projects from 21 countries at the dynamic crossroads of film, art and technology will be showcased in the New Frontier program for the 2020 Sundance Film Festival.