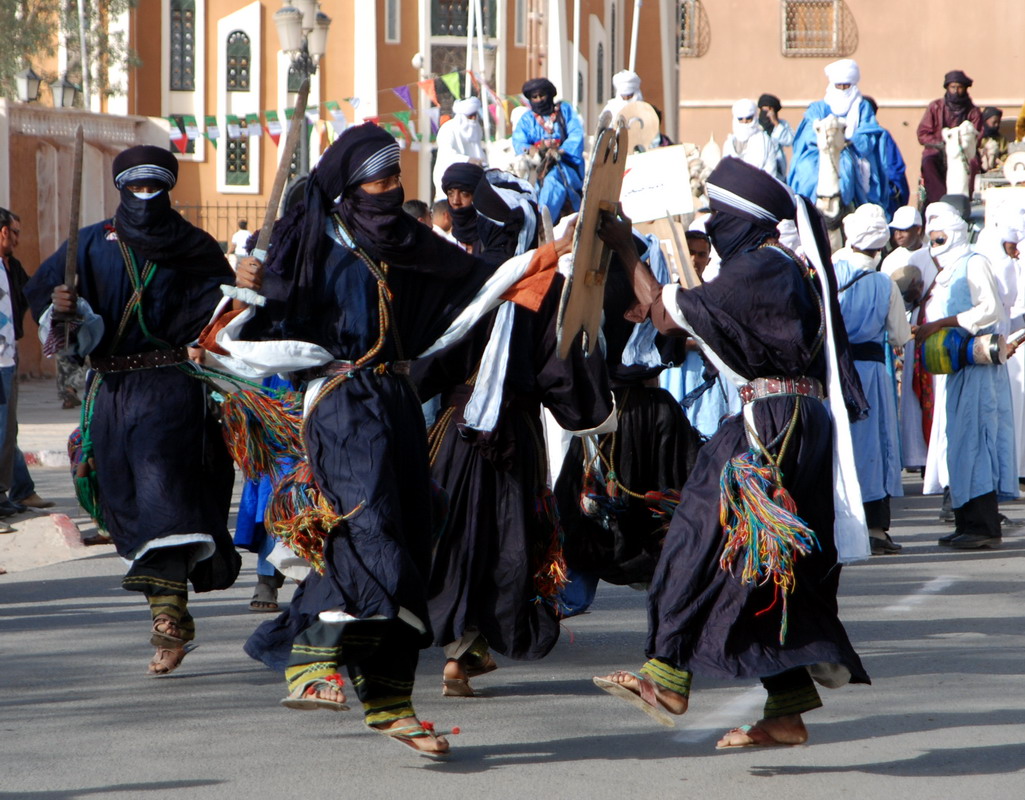 In 2007, Tazzla Institute initiated a new project in keeping with its commitment to educate American audiences about the African Amazigh (Berber and Tuareg) culture, “The Los Angeles Amazigh Film Festival.” The third annual celebration of this festival will occur on Saturday, October 30, 2010 (Amazigh calendar year 2960).

The Festival, sponsored by the Department of Cultural Affairs, city of Los Angeles, the Amazigh Cultural Association in America (ACAA), and the Hagan Law Firm of Palo Alto and Los Angeles, will be held in Hollywood, at the Barnsdall Gallery Theatre and Art facility of the City of Los Angeles Department of Cultural Affairs, which sits on top of a hill in a beautiful park setting between Edgemont and Vermont on Hollywood Boulevard. The event will open with a seven minute Amazigh montage of photos set to music, created by Imazighen of Libya.  The introduction by President of Tazzla Institute Helene E. Hagan will be followed by two documentaries: “Lost Art of the Sahara” (17 minutes) – Boilerplate Productions and Bradshaw Foundation, and a Swiss ethnographic film (2006) directed by Kathi von Koerber and produced by Kiakheya productions, shot in the Sahara desert of northern Mali ( “Footsteps to Africa: a Nomadic Journey” in Tamashek (Tuareg language) with the collaboration of the Tuareg people of northern Mali, and English sub-titles.

The festival will feature a film (110 minutes) which has not been screened in Los Angeles before, but has made its mark on the international scene, “Asshak: Tales of the Sahara” by U. Koche, Catpics Productions, in Tamashek with English sub-titles. The film was made possible by the collaboration of Tuaregs of Northern Niger. Its exquisite beauty and dreamy quality are superb. 7:30 pm – 9:45 pm. After a short intermission, the festival will resume with a brief Tazzla Award presentation, and a half hour concert of traditional Amazigh music of the High Atlas of Morocco by two talented musicians, AZA performers Fattah Abbou and Mohamed Aoualou, a North African band from Santa Cruz, California. 10 pm – 10:30pm.

The event is a unique and rich program of film, food and music celebrating the AMAZIGH culture of North Africa and the Sahara. Mark your calendars, and do not miss this event on Saturday, October 30th, 2010. Tickets ($15.00– Adults and $10.00 children under 12) are available for early purchase on our web site at http://www.laaff.org where you will find more information on the organizations and the LOS ANGELES AMAZIGH FILM FESTIVAL 2010.