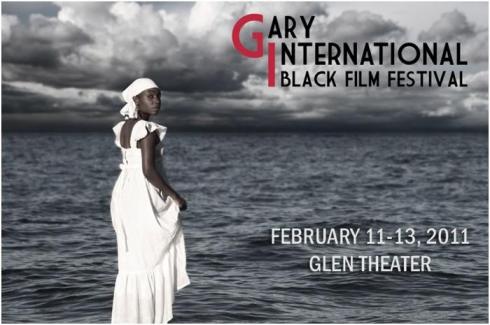 I WILL FOLLOW is a film about letting go, and about the surprising thirst for life we experience after the death of someone we love. Written and directed by Ava DuVernay, the film chronicles a day in the life of a grieving woman (Richardson-Whitfield), and the twelve visitors who help her move forward.

Other films on the lineup include

Death of Two Sons tells the story of Amadou Diallo, the West African immigrant shot 41 times by four New York City police officers in 1999, and of Jesse Thyne, an American Peace Corps Volunteer who lived with Amadou’s family in his home village in Guinea. Jesse himself died in Guinea less than a year after the Diallo shooting. This film explores the political, personal, and spiritual implications of their lives and deaths. Death of Two Sons shows the common humanity shared by these young men, their families, and their nations.

In 1976, after years of mysterious absence, Marcus (Anthony Mackie, “The Hurt Locker”) returns to the Philadelphia neighborhood where he came of age in the midst of the Black Power movement.

While his arrival raises suspicion among his family and former neighbors, he finds acceptance from his old friend Patricia (Kerry Washington, “Ray,” “Lift”) and her daughter. However, Marcus quickly finds himself at odds with the organization he once embraced, whose members suspect he orchestrated the slaying of their former comrade-in-arms. In a startling sequence of events, Marcus must protect a secret that could shatter everyone’s beliefs as he rediscovers his forbidden passion for Patricia.

Gary Filmmaker, Calvin Standifer, travels to Haiti to capture images its people in the aftermath of the earthquake. As he journeys through the countryside, he provides thought provoking insights on Haitian lifestyle, culture, poverty, and the struggle for hope. This essay film focuses on the inherent destitution of the land that existed prior to the cataclysmic quake. Standifer puts forth the idea that the earthquake was a “cursed blessing”. While it may have cost the lives of thousands of people, it has inspired the rest of the world to take a second look at Haiti.