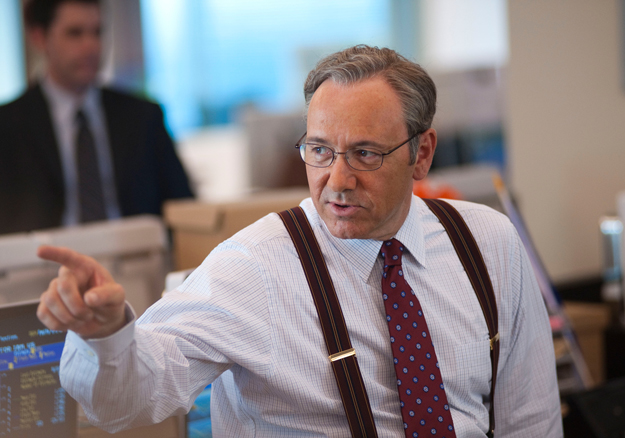 Lionsgate and Roadside Attractions has partnered to acquire and release J.C. Chandor’s “Margin Call” which is playing at the 2011 Sundance Film Festival. “Margin Call” tells the story of key players at an investment firm during a 24-hour period in the beginning stages of the 2008 financial crisis.

Set in the high-stakes world of the financial industry, Margin Call is a thriller entangling the key players at an investment firm during one perilous 24-hour period in the early stages of the 2008 financial crisis. When entry-level analyst Peter Sullivan (Zachary Quinto) unlocks information that could prove to be the downfall of the firm, a roller-coaster ride ensues as decisions both financial and moral catapult the lives of all involved to the brink of disaster. Expanding the parameters of genre, Margin Call is a riveting examination of the human components of a subject too often relegated to partisan issues of black and white.

Propelled by a stellar cast that includes Kevin Spacey, Paul Bettany, Jeremy Irons, Stanley Tucci, and Demi Moore, writer/director J. C. Chandor’s enthralling first feature is a stark and bravely authentic portrayal of the financial industry and its denizens as they confront the decisions that shape our global future. | Sundance Film Festival

The film is scheduled for release later this year.