Sundance Film Festival: Magnolia Pictures and Participant Media to release ‘Page One: A Year Inside The New York Times” Documentary 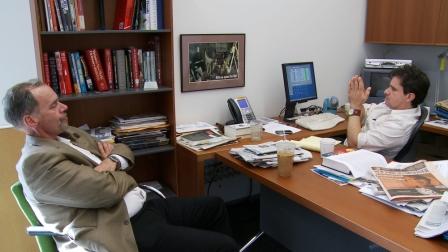 Magnolia Pictures and Participant Media have partnered to acquire the U.S. rights to Page One: A Year Inside The New York Times. The documentary film takes a behind-the-scenes look at the New York Times newspaper – it goes inside the newsroom in 2010, capturing a tumultuous year of journalism

The film, directed by Andrew Rossi, is playing in this year’s Sundance Film Festival in the U.S. documentary competition category.

With the Internet surpassing print as our main news source, newspapers going bankrupt, and outlets focusing on content they claim audiences (or is it advertisers?) want, Page One chronicles the media industry’s transformation and assesses the high stakes for democracy if in-depth investigative reporting becomes extinct.

The film deftly makes a beeline for the eye of the storm or, depending on how you look at it, the inner sanctum of the media, gaining unprecedented access to the New York Times newsroom for a year. At the media desk, a dialectical play-within-a-play transpires as writers like salty David Carr track print journalism’s metamorphosis even as their own paper struggles to stay vital and solvent. Meanwhile, rigorous journalism—including vibrant cross-cubicle debate and collaboration, tenacious jockeying for on-record quotes, and skillful page-one pitching—is alive and well. The resources, intellectual capital, stamina, and self-awareness mobilized when it counts attest there are no shortcuts when analyzing and reporting complex truths. | Sundance Film Festival

Magnolia will release the film theatrically this year.