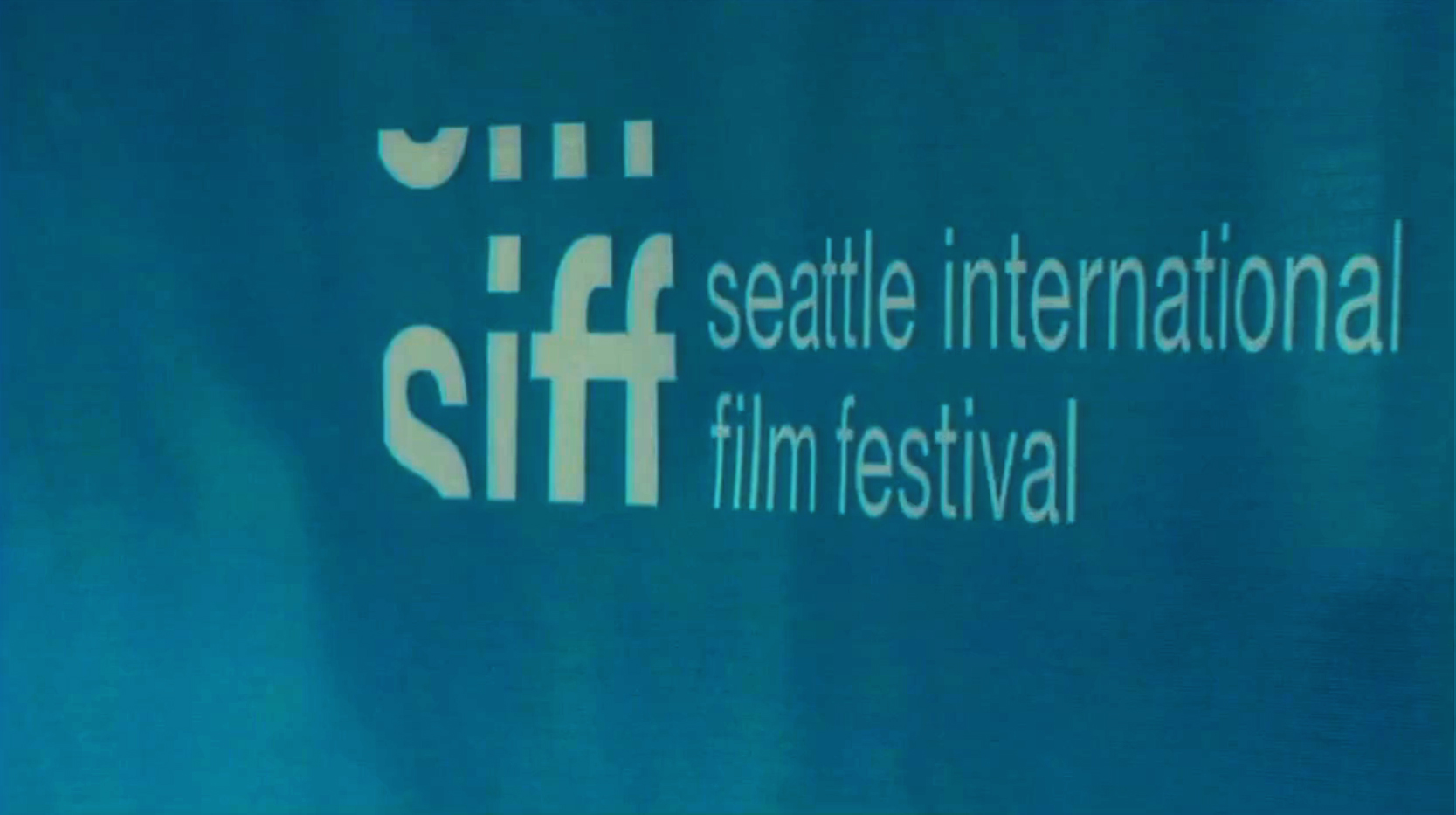 The 37th Seattle International Film Festival announced the galas, tribute events and special presentations for this year’s Festival. The 25 day event, which runs from May 19 through June 12, will feature 441 films (257 features, 184 shorts) – including 96 feature and short premieres and a Festival record 74 countries represented – with screenings at venues throughout Seattle, Renton, Everett and Kirkland.

“This year’s Festival will feature one of the largest and most diverse programs that we have ever put together in our 37 year history, highlighting the best in cinema from around the world,” said SIFF Artistic Director Carl Spence. “There’s something for everyone as audiences will have a wide range of films and events to choose from including evenings with our special guests Ewan McGregor, Warren Miller, and Al Pacino as well as our strong line-up of films in competition and a record number of countries represented which all combine to make this one of the leading international film festivals.”

The Festival begins Thursday, May 19 with the annual Opening Night Gala and a screening of The First Grader (UK/Kenya, National Geographic Entertainment), directed by Justin Chadwick, which tells the remarkable story of an 84-year-old Kenyan villager determined to seize his last chance to get the education he could never afford. The screening is at Seattle Center’s McCaw Hall, with the Opening Night Gala reception at Seattle Center’s Exhibition Hall immediately following the screening.

The Centerpiece Gala will be Saturday, June 4 and feature a screening of Service Entrance (France, Strand Releasing), directed by Philippe Le Gauy, a comedy about a Parisian stockbroker whose life is turned upside down when an exuberant Spanish maid moves into the servants’ quarters above, at the Egyptian Theatre, with the Centerpiece Gala reception at Seattle’s Daughters of the American Revolution Hall immediately following the screening.

The Festival will conclude on Sunday, June 12 with the Closing Night Gala a screening of the groundbreaking documentary Life in a Day (UK, National Geographic Entertainment), directed by Kevin Macdonald, which brilliantly weaves footage submitted by thousands of contributors from around the world to catalog the events of a single day, into a spellbinding mosaic masterpiece. The screening is at the Cinerama Theatre, with the Closing Night Gala reception at the Pan Pacific Hotel immediately following the screening.

SIFF 2011 will also feature plenty of star power, with tributes to honor Ewan McGregor and Warren Miller and a special, one night only event with Al Pacino scheduled.

In recognition of his illustrious career, Ewan McGregor will receive this years’ Golden Space Needle Award for Outstanding Achievement in Acting at a special tribute event featuring a screening of his new film, Beginners (USA), on Sunday, May 22 at the Egyptian Theatre.

A special tribute dinner for Mr. McGregor and 75 guests will take place immediately following the screening and interview at Prava Studios and will be prepared by James Beard Award-winning chef, Thierry Rautureau of Rover’s and Luc Restaurants in Seattle. Tickets for the dinner are $250, which includes reserved seating to the tribute event, and are available for purchase at SIFF.net.

Special retrospective screenings of Moulin Rouge! andPeter Greenaway’s The Pillow Book, and the Seattle premiere of another of Mr. McGregor’s new films, David Mackenzie’s Perfect Sense,will also be featured at the Festival.

Warren Miller, an industry legend whose name has been synonymous with action sports films for over 60 years, will be honored with the Festival’s Golden Space Needle for Lifetime Achievement on Wednesday, June 8 at Benaroya Hall.

In conjunction with the Seattle Theatre Group, SIFF will also welcome one of cinema’s most riveting stars, Al Pacino, for a special, one night only, event to discuss his passion for acting and directing, up close and personal, at the Paramount Theatre on Saturday, June 11.

World Premieres: A Lot Like You (USA), August (USA), Do You See Colors When You Close Your Eyes? (USA), Holy Rollers: The True Story of Card Counting Christians (USA), Lys (Germany), Sushi: The Global Catch (USA), The Darkest Matter (USA)

In addition to the above listed feature premieres, this year’s Festival will also include 44 short film premieres.

New to this years’ Festival, SIFF has developed ten Pathways to help moviegoers find the film and experience that suites their moods. Instead of using traditional categories, SIFF Pathways easily connect the audience with films by organizing them into areas that help answer the question “what sort of film do I feel like seeing tonight?”

Love Me, Do!   Romance and love in all its forms, pleasures, and idiosyncrasies.

Make Me Laugh   Films that make you chuckle and tickle your funny bone.

Thrill Me   Suspense, thrills, and action. Films with a faster pace that might also surprise you when you least expect it.

Creative Streak   The exploration of artistic endeavors from all disciplines: literature, film, art, dance, and performance.

Open My Eyes   Revealing films and documentaries revolving around history, politics, and contemporary events from around the world.

Sci-Fi and Beyond   Science, technology, environment, the future-and beyond.

Take Me Away   Be prepared to be taken to another place – from exotic far-off lands to vibrant experiences outside of everyday life.

To the Extreme   Explore the outer limits with films that go beyond the edge.

Face the Music   Films that intersect the world of music on all fronts: from biopics and concert films, to musicals and live events.

This year’s Festival will feature 5 special presentation screenings: The Importance of Being Earnest (Dir. Brian Bedford, United Kingdom); Mysteries of Lisbon (Dir. Raul Ruiz, Portugal); Norwegian Wood (Dir. Tran Anh Hung, Japan); Tornado Alley (Dir. Sean Casey, USA); and The White Meadows (Dir. Mohammad Rasoulof, Iran). Two additional films will be presented with after-parties. The New American Cinema Party will feature a screening of The Future (Dir. Miranda July, USA) on May 21 at the Pacific Place Cinemas. The Gay-la party will feature a screening of August (Dir. Eldar Rapaport, USA) on Thursday, June 9 at the Egyptian Theatre. Austin Powers: The Spy Who Shagged Me (Dir. Jay Roach, USA), which had its US debut as the closing night film of SIFF in 1999 will be shown as a free outdoor evening screening at Juanita Beach Park on Saturday, May 28.

New Directors Competition   Festival programmers select 10 films remarkable for their original concept, striking style and overall excellence. To be eligible films must be a director’s first or second feature and without U.S. distribution at the time of their selection.

Documentary Competition   Festival programmers select 10 films that are unscripted and uncut, the world is a resource of unexpected, informative, and altogether exciting storytelling. Documentary filmmakers have, for years, brought these untold stories to life and introduced us to a vast number of fascinating topics we may have never known existed-let alone known were so fascinating.

SIFF Shorts Competition  All short films shown at the Festival are eligible for both the Golden Space Needle Audience Award and Jury Award. Shorts Competition jurors will choose winners in the Narrative, Animation, and Documentary categories.

WaveMaker Award for Excellence in Youth Filmmaking   Sponsored in part by Adobe Youth Voices and presented to one filmmaker, 18 years old or younger, from the FutureWave program, whose talents celebrate the creative possibilities of film. All FutureWave films shown at the Festival are eligible for the award.

FIPRESCI Jury Award   Selected by the International Federation of Film Critics from 10 films from the New American Cinema section.