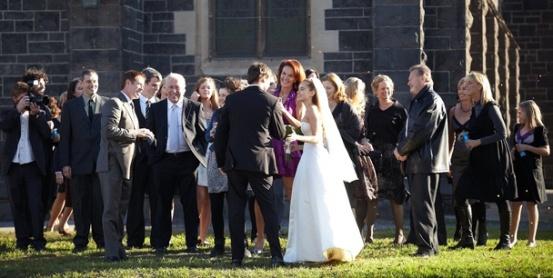 Best Audience Feature Film Award: My Father’s Will
Written, directed, and produced by Fraydun Manocherian and starring actors Victor Alfieri and Ione Skye. The film is a story about a wealthy and successful businessman, Ferro Olivetti, enjoys the privileges and perks of his social stature, but on his father’s deathbed he promises to obey “his father’s will” and spend one month away from his identity and money.

Best Audience Jury Documentary Award: Once I Was a Champion
Written and directed by Gerard Roxburgh. The film debuts the story of Evan Tanner. Tanner was an adventure seeker, fighter, philosopher, writer and alcoholic died on September 8th, 2008 in the desert north of Brawley, California.

Best Audience Short Film Award: Women
Directed by Ashley Scott and George Mays and written by Ashley Scott. The film stars Kevin Scott Allen, Lena Biggerstaff, and Evyh Cerhus. “Women,” depicts the age-old dilemma of the feminine role is society. Set in a beautiful nether-France, two exquisite young ladies argue the merits of conforming to society’s idea of femininity versus what women might do if they made their own rules.

Best Jury Feature Film Award and Best Feature Film Directing Award: Wedding Party
Directed by Amanda Jane and written by Christine Bartlett. The film stars Josh Lawson, Isabel Lucas, and Steve Bisley. The Wedding party is a modern day love story taking place in Australia. The storyline reviews the struggles between a groom and his bride is a family of misfits and the love of his life

Best Jury Screenwriting Award: Face to Face
Written, directed, and produced by Michael Rymer and starring Vince Colosimo, Luke Ford, and Matthew Newton. The feature film is about a group of Australians from diverse backgrounds gather to decide the fate of a violent young man. An Australian ’12 Angry Men’, only there’s ten men, and four women.