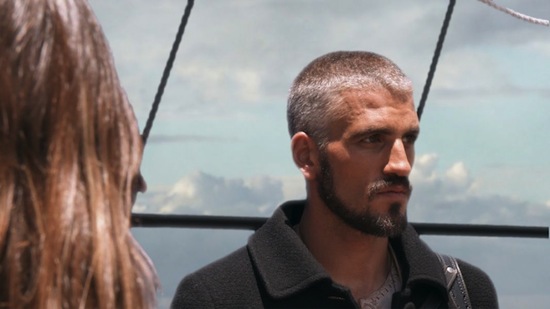 The Comic-Con International Independent Film Festival (CCI-IFF) running concurrently with the Comic-Con International in San Diego unveiled the lineup of films for 2013. The CCI-IFF celebrates independent film, and this year’s schedule including more international films, with submissions from Australia, Canada, Israel, and Spain, in addition to the United States. Now in its 14th year, the CCI-IFF is a juried event – the 2013 judges are: Geoff Boucher, Alex DeMille, and Kathy Najimy.

Films on the lineup include:

AURORA – After his wife is kidnapped by a group of slave traders, Emerson Marks, captain of the airship Aurora, must decide what he is willing to sacrifice in order to bring her back. Participating filmmakers include Chris Kellett and Jeremy Kelly-Bakker (Australian co-creators).

DUST OF WAR – In a post-apocalyptic American Frontier, a soldier fends off a brutal warmonger to rescue a girl fated as the savior of humanity. It’s like Star Wars but on the prairie. Participating filmmakers include Doug Jones (Hellboy 1 & 2), Tony Todd (Candyman), Gary Graham (Star Trek Enterprise), and Andrew Kightlinger (writer/director).

PROJECT ARBITER – A WWII sci-fi espionage story about a top secret O.S.S. unit. Captain Joseph Colburn is tasked with using a prototype invisibility suit to infiltrate a mysterious villa on the Polish border. Colburn’s mission abruptly begins when his plane is shot down. What is in the villa? What is Mixture 9? Participating filmmakers include Michael Chance (writer/director),Vicki de Mey (producer), Jason Beckwith(cinematographer), and Jesse Boots (VFX supervisor).

THE END OF DATES – Dennis is finally on a date with the girl of his dreams. As he summons the courage for that first kiss, will a catastrophic alien attack on Earth ruin his perfect moment? Participating filmmakers include Kyle Stafford (writer/director), Mike Mangan(FX supervisor), and Dave Child and Brooke Lenzi(co-stars).

BLIND LUCK – On an afternoon walk with his owner, a seeing-eye dog momentarily shirks his duties and must choose between his owner and his favorite toy. Participating panelist include Diane Aarts (creator).

HOUSE OF MONSTERS – A mummy seeks relief with moisturizer, trying to regain the vitality of his youth to impress a special lady. Participating panelist include Dawn Brown (director).

THE ART OF PHO – A moving and surreal story about a lovable creature named Little Blue and his friends. An extraordinary sequence of events brings Little Blue to Vietnam’s bustling capital Ho Chi Minh City, a.k.a. Saigon, where he learns to master the art of making Pho-Vietnam’s ubiquitous national noodle dish. The adventures that ensue set him on a marvelous path of self-discovery.

SUMMER BUMMER – A man about to go swimming imagines what horrors could be lurking deep in the waters of his backyard pool. Bill Plympton(director/animator) talks about his film.

LAKE BEAST – A childhood vision compels a man to explore the bottom of a toxic lake. Vance Reeser(Summer) talks about his film.

PADAK – A film about the lives of fish in a seafood restaurant-some fish accept their fate, while others fight to change it. Participating filmmakers include Austin Osueke (producer) and Jongmin Shin(producer).

See the full lineup and schedule.