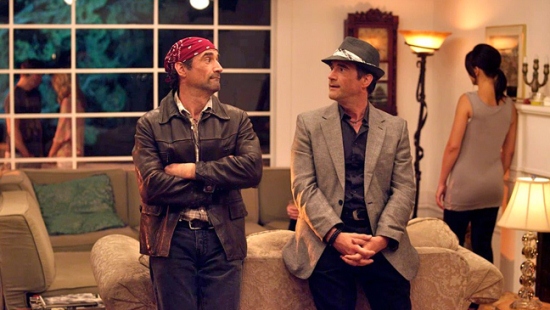 Highlights of this year’s 10th anniversary festival include:

“LIFE OF A KING” directed by Jake Goldbergerg and starring Cuba Gooding Jr.

SYNOPSIS: After eighteen years of incarceration, Eugene Brown established a chess club for high school students of color in Washington D.C. as part of his resolve to “always think before you move.” Cuba Gooding Jr. leads a remarkable cast in this inspiring true story.

SYNOPSIS: Elias Koteas, Jennifer Jason Leigh, Virginia Madsen, Jane Seymour and Mike Vogel star in this mind-bending comedy! Jake Klein, 50, sets out to make a movie. He hires an actor to play himself and throws a big party. His idea is to shoot the heck out of it and see what he gets. But, everything spins out of control as different, unexpected people show up. Old loves are there. New loves are there. His dead father, his mother when she was young, his kids, his ex-wife. Even his younger selves, Jake at 40, Jake at 30 and Jake at 17, are there, too! And every one of them has tons of advice on how to fix his screwed up life. Jake’s head reels as he staggers through what’s either a mystical experience, a nervous breakdown… or both!

ALL THAT I AM, directed by Carlos Puga and starring Christopher Abbott(HBO’s Girls). Special  Recognition Jury Award 2013 SXSW Film Festival.

SYNOPSIS: On the eve of a looming family reunion, Christian’s estranged father unexpectedly shows up at his door asking for help. Despite abandoning the family at the onset of his wife’s terminal illness , Dr. Lynn claims he can justify his nine-year absence. Christian reluctantly agrees to escort his father into a hostile family environment, but his grief-fueled drug addiction sends an already tense family dynamic reeling.

SYNOPSIS: This is the story of a 12-year-old girl working hard to overcome a troubling past and accept and embrace the love and possibility that now surround her. Born as Brianna to a drug-addicted mother, she and her baby brother lived in harrowing conditions before being adopted by a young couple fully invested in raising their children to be whole, happy and strong.