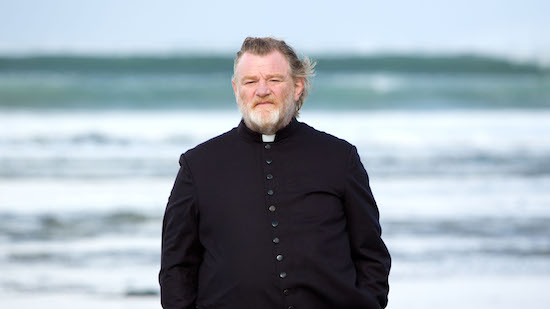 The ‘darkly comic thriller’ ‘CALVARY’ that reunites writer-director John Michael McDonagh and actor Brendan Gleeson has been unveiled as the opening gala for the 2014 Jameson Dublin International Film Festival on Thursday, February 13th, 2014.  In addition to unveiling the opening film, the festival announced that ‘NO LIMBS, NO LIMITS’, ‘TRACKS’, ‘BORGMAN’ and ‘TWENTY FEET FROM STARDOM’ will screen at the festival taking place from February 13th to 23rd, 2014.

In ‘CALVARY’, Brendan Gleeson stars as Father James, a priest who has a week to put his affairs in order after being told he is marked for murder during a confession. Set against the stunning beauty of Ireland’s West Coast, the film also stars Kelly Reilly (‘Sherlock Holmes’), Domhnall Gleeson (‘About Time’), Chris O’Dowd (‘Bridesmaids’), Dylan Moran (‘Black Books’) and Aidan Gillen (‘Game of Thrones’).

The other four films are:

‘NO LIMBS, NO LIMITS’ – An intimate family portrait of young Corkwoman Joanne O’Riordan,who was born with no arms and legs as a result of the extremely rare ‘Total Amelia’ syndrome.  (directed by O’Riordan’s brother, Steven)

‘TRACKS’ – A beautifully composed and magnificently performed story about a young woman’s nine-month trek across the Australian desert.

‘TWENTY FEET FROM STARDOM’ – A moving and joyous behind-the-scenes documentary about the singers who provide backing vocals to the stars.