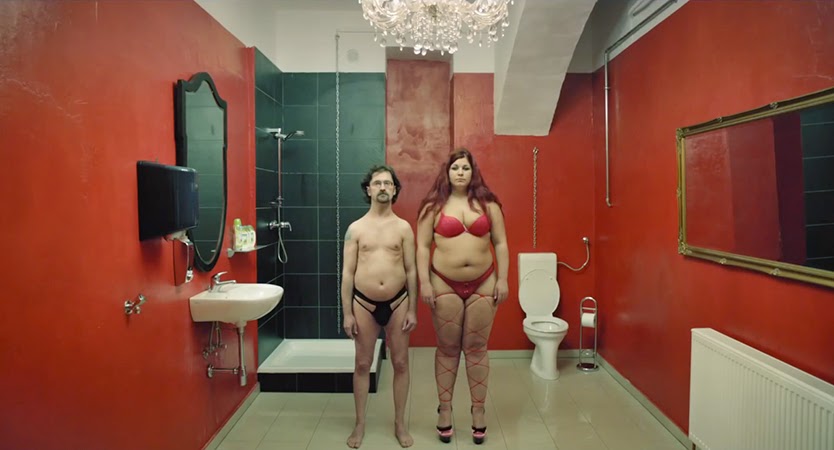 Maryland Film Festival continues to add to its lineup for the 17th annual festival which will take place May 6 to 10, 2015 in downtown Baltimore.

In addition to these repertory-film events, Maryland Film Festival unveiled another fourteen feature films for MFF 2015, including the area premieres of an exciting array of emerging narrative, documentary, and international titles.

The titles announced today for MFF 2015 are:

6 YEARS (Hannah Fidell) The director of MFF 2013’s A Teacher returns with the story of Mel (Taissa Farmiga), whose future becomes unsettled when her long-term boyfriend Dan (Ben Rosenfield)’s career aspirations pose a threat to the stability of their relationship. Co-starring Lindsay Burdge and Joshua Leonard, and executive-produced by Jay and Mark Duplass, this poignant drama boasts real relationship insights and resonant, true-to-life performances.

CROCODILE GENNADIY (Steve Hoover) This intense, visually stunning, and morally complex documentary uses a remarkable central character as a window into change and tumult in contemporary Ukraine. Pastor Gennadiy Mokhnenko wages a one-man war against drug abuse and serves as a tough-love father figure to homeless and at-risk youth, squaring off with dealers and intervening in the lives of addicts. But is vigilante action the answer to these problems? Executive produced by Terrence Malick.

DRUNK STONED BRILLIANT DEAD: THE STORY OF THE NATIONAL LAMPOON (Douglas Tirola) This uproarious documentary, which premiered at Sundance, brings the history of The National Lampoon to raucous life. In 1970, a new counterculture rag spun off from the Harvard Lampoon, launching a comedy revolution impacting not just the printed word but also film, television, radio, and beyond—and giving an early platform to some of the major talents of late-20th Century comedy.

FIELD NIGGAS (Khalik Allah) Street photographer Khalik Allah takes us into the nightlife of 125th Street and Lexington in Harlem, shattering the usual wall between documentarian and subject as he paints portraits of modern street life filled with love and humor, but also hard times and regret. An immersive documentary with a unique visual sensibility, Allah’s film comes to MFF fresh from wowing audiences at True/False and Sarasota.

FOR THE PLASMA (Bingham Bryant and Kyle Molzan) A young woman joins a friend in a sleepy town in Maine, where they use computers and digital cameras to observe a nearby forest, collecting abstruse data used to make stock-market predictions.  This challenging, idiosyncratic piece of cinema-as-puzzle finds a film language all its own; shot on Super 16mm, it also boasts an evocative score by experimental composer Keiichi Suzuki.

FRAME BY FRAME (Alexandria Bombach and Mo Scarpelli) This SXSW-premiered documentary follows four photographers in contemporary Afghanistan. These members of an emerging free press risk life and limb to fill the photojournalist void left by the withdraw of international media—not to mention make up for lost time, as photography was banned under Taliban rule. Their images and stories are unforgettable.

GIRLHOOD (Céline Sciamma) In a tough suburb of Paris, teenager Marieme navigates an often harsh, male-dominated world—her life taking a new turn when she finds a place within an initially hostile all-girl gang. From the director of Water Lilies and Tomboy comes an emotionally rich drama that wowed audiences at Cannes, Toronto, and Sundance, driven by an unforgettable lead performance from Karidja Touré.

JAUJA (Lisandro Alonso) Viggo Mortensen stars as a Danish engineer who’s travelled to Patagonia with his teenage daughter to work for the Argentine army. When she disappears, he ventures out in pursuit, embarking on a journey full of crises physical, emotional, and existential. Lisandro Alonso (MFF 2010’s Liverpool) works here not only with one of contemporary cinema’s greatest performers, but also a bold new visual approach. 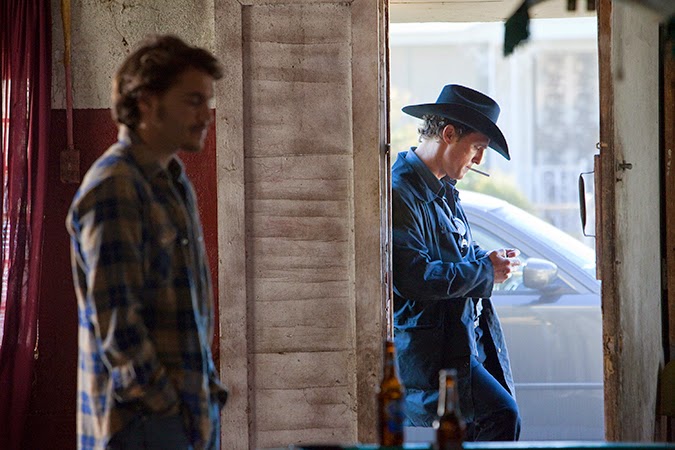 KILLER JOE (William Friedkin, 2011) Legendary filmmaker John Waters has selected a favorite film to host within each Maryland Film Festival since its inaugural 1999 edition. This year’s choice is William Friedkin’s Texas-set neo-noir, with Matthew McConaughey as a cop who doubles as a hitman, and Emile Hirsch as a drug dealer who summons “Killer” Joe’s services—but quickly finds himself in over his head.

LIMBO (Anna Sofie Hartmann) In a small port town in Denmark, high-school student Sara (Annika Nuka Mathiassen) grows increasingly fascinated by her young professor Karen (Sofía Nolsøe Mikkelsen), and her challenging ideas about gender, art, and life. This work of patient beauty screened at Rotterdam, San Sebastian, and SXSW, and will be hosted at MFF by guest curator Matt Porterfield (the director of Hamilton, Putty Hill, and I Used to Be Darker).

THE REAPER (Zvonimir Jurić) From Croatia comes this tense and moody drama about a quiet loner haunted by his criminal past—and by other residents of his small town, who won’t let him forget. When he stops one night to come to the assistance of a woman stranded by the roadside, his evening takes a strange turn, launching three intertwined plot threads that recall Haneke in their grim outlook and narrative potency.

REBELS OF THE NEON GOD (Tsai Ming-liang, 1992) Over the last three decades, Tsai Ming-liang has produced one of the most impressive and distinct filmographies of our time, each starring unique presence Lee Kang-sheng. This is where it all began: Tsai’s first feature film, set amidst the streets, malls, and arcades of Taipei youth culture in the early 1990s. Newly restored, and enjoying its first release on the U.S. big screen.

SON OF THE SHEIK (George Fitzmaurice, 1926) MFF favorites Alloy Orchestra have introduced new generations to the wonders of silent cinema with their innovative scores for films including The Lost World, Metropolis, and Man With a Movie Camera.  Now they return to MFF to accompany screen legend Rudolph Valentino’s final film, an adventure classic from the director of Mata Hari.

TIRED MOONLIGHT (Britni West) Gorgeously shot vignettes built around a mix of local non-professionals and seasoned performers (including Girls’ Alex Karpovsky) coalesce into a rich and poetic portrait of a pit-stop town in Montana situated amidst stunning natural beauty. Tired Moonlight premiered at Slamdance 2015, where it took home the Jury Award for Narrative Feature, and went on to screen within such prestigious festivals as New Directors/New Films and the International Film Festival Rotterdam.

VENICE (Kiki Álvarez) It’s payday, and three female coworkers at a hair salon in Havana head out for a night on the town, their moonlit partying encountering unexpected twists and yielding surprising personal revelations. This exciting independent Cuban/Colombian co-production not only gives us rare access to an insider’s view of Havana, it also displays a refreshingly frank and empowered take on female sexuality.

BEATS OF THE ANTONOV (Hajooj Kuka)

THE BLACK PANTHERS: VANGUARD OF THE REVOLUTION (Stanley Nelson)

A GAY GIRL IN DAMASCUS: THE AMINA PROFILE (Sophie Deraspe)