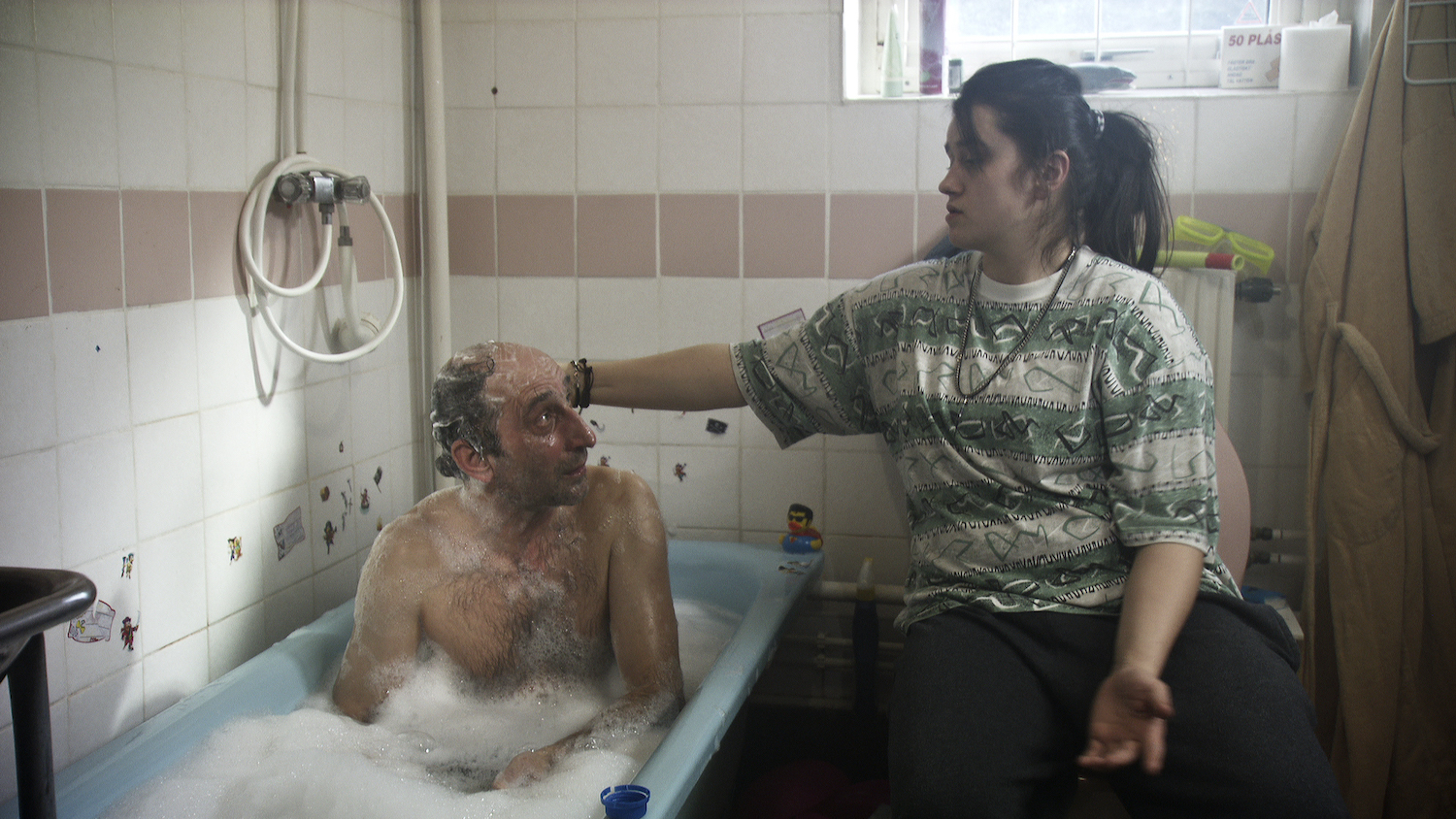 After successfully traversing India, China, Germany and Mexico, the 2015 Milwaukee Film Festival has selected Sweden as the spotlight country for its fifth annual Passport program. The festival will feature a selection of eight films set in Sweden, with seven of the eight being contemporary films made by female filmmakers.

Historically, Swedish film has found great success internationally, led by renowned filmmaker Ingmar Bergman. His iconic, 1957 black & white film The Seventh Seal will be featured in the Passport: Sweden program, providing the rare opportunity to see it in 35mm on the big screen.

Highlighting this year’s program are two audience award winners from other film festivals: Eat Sleep Die and Hallåhallå. Eat Sleep Die, winner of the Venice Film Festival’s audience award, is a humorous, naturalistic drama about a woman who loses her factory job and must care for her ailing father. Hallåhallå, the audience award winner from the Hamburg Film Festival, is a comedy about a middle-aged recent divorcée who finds the strength to break free from old habits. Both films focus on relationships and family dynamics from a female perspective.

Eat Sleep Die (Äta sova dö) (pictured above)
(Sweden / 2012 / Director: Gabriela Pichler)
When no-nonsense, 20-something, Balkan immigrant Raša finds herself relieved of her position as a factory worker, she’s thrust into the miasma of Sweden’s unemployment program for immigrants, a job hunt mired in bureaucracy where numerous candidates fight over limited opportunities, all the while resolute in her attempts to find gainful employment in order to care for her ailing father. Winner of the audience award at the Venice Film Festival, Eat Sleep Die is a stunning debut from director Gabriela Pichler, a naturalistic rallying cry for low-wage workers anchored by a magnetic performance from newcomer Nermina Lukač.

Ego
(Sweden / 2013 / Director: Lisa James Larsson)
Superficial young Sebastian is an aspiring musician who spends his nights partying and engaging in unfulfilling one-night stands. As he is on the verge of achieving his dreams of a recording contract, a freak accident leaves him blinded and lashing out at the world. With Sebastian unable to cope with this new reality, his parents hire young caretaker Mia to save him from himself — and with her help, he begins to see the world in a new light. But when an opportunity to regain his sight through surgery is proposed, Sebastian must learn to see past appearances and look within in this winning Swedish romantic comedy.

Hallåhallå
(Sweden / 2014 / Director: Maria Blom)
A middle-aged recent divorcée finds the impetus to break free from her old habits in this warmhearted Swedish comedy, winner of multiple film festival audience awards. Left by her husband for a younger woman and disrespected in her position as a hospital worker, Disa needs assistance to remove herself from a midlife rut. Luckily for her, the universe provides: be it a martial arts self-defense course to properly channel her anger, a divorced father of seven who awakens romantic possibilities, or a troublesome elderly patient who just might be the key to starting a new life altogether!

Hotell
(Sweden, Denmark / 2013 / Director: Lisa Langseth)
When traditional means aren’t doing the trick for a therapy group in search of emotional breakthroughs, they check into a hotel using alternate personas in an attempt to step outside themselves for a short time in this endearing oddity. Be it Type A interior designer Erika (the amazing Alicia Vikander), unable to cope with a rough pregnancy, terminally shy Ann-Sofie, or the Oedipally inclined Rikard, they all take this opportunity to wrestle with their demons (even engaging in Mayan torture rituals!). Beautifully performed by its ensemble cast with a tone perfectly calibrated between humor and drama, the film makes sure you won’t regret your stay in Hotell.

My Skinny Sister (Min lilla syster)
(Sweden, Germany / 2015 / Director: Susanna Lenken)
Sisters Katja and Stella couldn’t be more different, with Katja (Swedish pop star Amy Deasismont) a slender, confident figure-skating obsessive and Stella (newcomer Rebecka Josephson, a magnetic young talent you won’t soon forget) self-conscious of her body and treated as something of an ugly duckling in her dysfunctional family. But when Stella discovers Katja’s slim frame is the result of her battle with anorexia, their sisterly dynamic is upended. Winner of multiple festival awards, My Skinny Sister captures its coming-of-age drama with compassion and insight (no surprise, given director Susanna Lenken based this story on her own childhood).

A Separation (Att skiljas)
(Sweden / 2013 / Director: Karin Ekberg)
In this tragicomic documentary that captures the very moments at which a family dissolves, filmmaker Karin Ekberg films her parents as they go about the messy business of finalizing their divorce — packing up and dividing their property, a process that dredges up old memories and new emotions in both mother and father. Unsentimental, unsparing, and rigorously honest, A Separation shows the very different ways Mr. and Mrs. Ekberg are looking to move on after 38 years of marriage — her mother seeing an exciting opportunity for change and growth while her father clings desperately to a happiness that has long since passed.

The Seventh Seal
(Sweden / 1957 / Director: Ingmar Bergman)
Behold on the big screen in 35mm the most iconic work in Ingmar Bergman’s career, with its breathtaking black-and-white imagery that changed movies forever and proved the pure power that cinema as a medium could possess. Max von Sydow’s knight returns home from the Crusades wrestling with a crisis of faith, only to find Death itself in his plague-ravaged homeland, waiting to play the most high-stakes game of chess one can imagine. This “radical work of art reaches back to scripture, to Cervantes, and to Shakespeare to create a new dramatic idiom of its own” (The Guardian).

Stockholm Stories (Gondolen)
(Sweden / 2013 / Director: Karin Fahlén)
The Swedish answer to Love Actually, Stockholm Stories follows five interlocking stories (including a precocious yet untalented young writer, a friendless advertising genius, a tight-lipped workaholic, a shy upper-class boy harboring a secret, and a recently dumped young woman) as they weave in and out of each other’s lives over the course of a few rainy days in November, learning lessons about love along the way. A clever screenplay and delicately wry ensemble cast help bring this story to life, a story of journeying through the dark in order to live in the light.