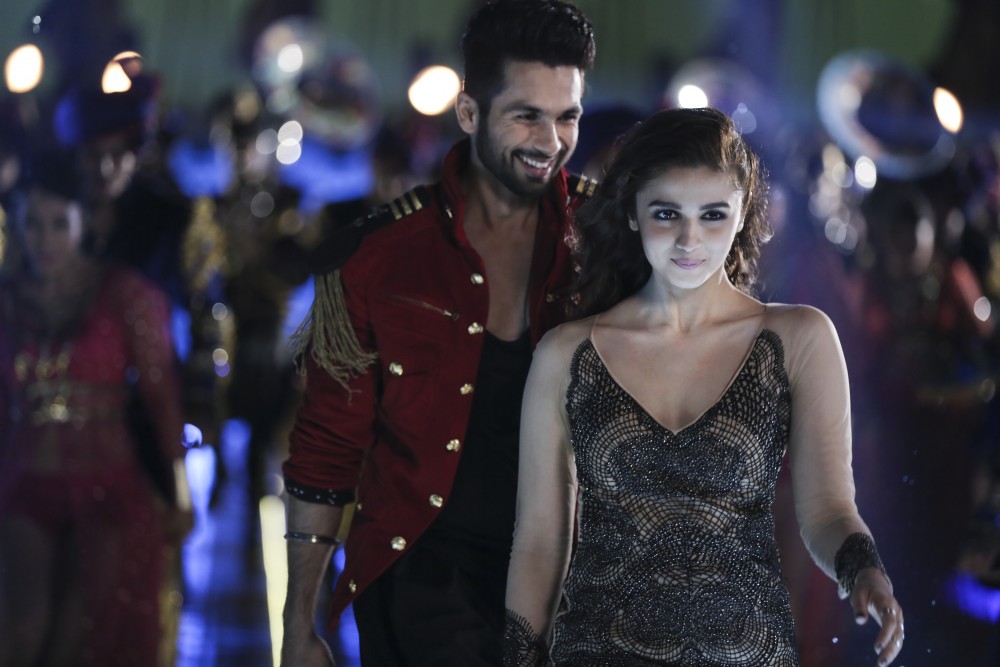 Wedding planners and insomniacs come together for the outrageous new Bollywood comedy SHAANDAAR which opens in theaters worldwide today Thursday, October 22. Directed by Vikas Bahl (“Queen”), the quirky England-set film features A-listers Shahid Kapoor and Alia Bhatt together for the first time and will release in over 130 theaters across North America including the AMC Empire in NYC.

A big fat “Shaandaar” Indian wedding, which is actually a business merger between two of the biggest business families of India, is happening at an exotic castle in Europe. Mrs. Kamla Arora, the grandmother of the Arora family, the sole owner of the billion-dollar business and the property, has planned their wedding. Kamla Arora treats everyone like her servants including her three sons, Bipin (the eldest), Vipul and Vinay. Mr. Fandwani, the groom’s father, is a loud Sindhi businessman who is the counter to Kamla Arora: The Fandwanis dress in gold, accessorize in gold and if possible they drink and eat gold.