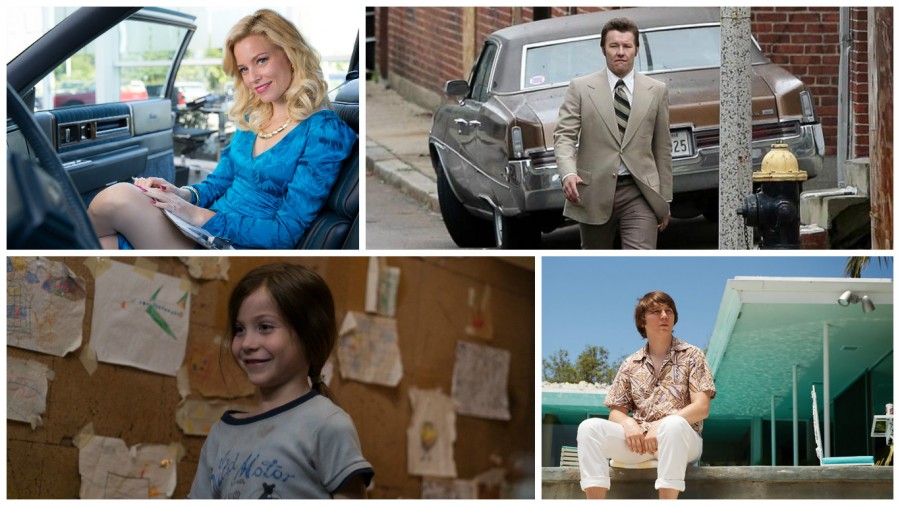 “These performers have used their craft and respective roles to transport us through the varied lives of their characters,” stated Durling, “We have followed them along their artistic pursuits and are excited to join them in next steps of their journeys.”

After a turn behind the camera directing the mega-hit Pitch Perfect 2, Elizabeth Banks returned to the front of the camera in her role as Brian Wilson’s wife, Melinda Ledbetter, in the Beach Boy’s biopic Love & Mercy.

Following his directorial debut in The Gift, which he wrote and starred in, Joel Egerton mesmerized audiences in his transformative performance in Black Mass as John Connolly, the childhood friend-turned-FBI agent to notorious gangster Whitey Bulger.

Breaking onto the scene in a raw and stripped down performance, Jacob Tremblay portrays a boy born and raised in confinement in Room.

The festival will also honor Jane Fonda (Youth) with its Kirk Douglas Award for Excellence in Film, Johnny Depp (Black Mass) with its Maltin Modern Master Award and Michael Keaton, Mark Ruffalo and Rachel McAdams (Spotlight) as an ensemble with its American Riviera Award.