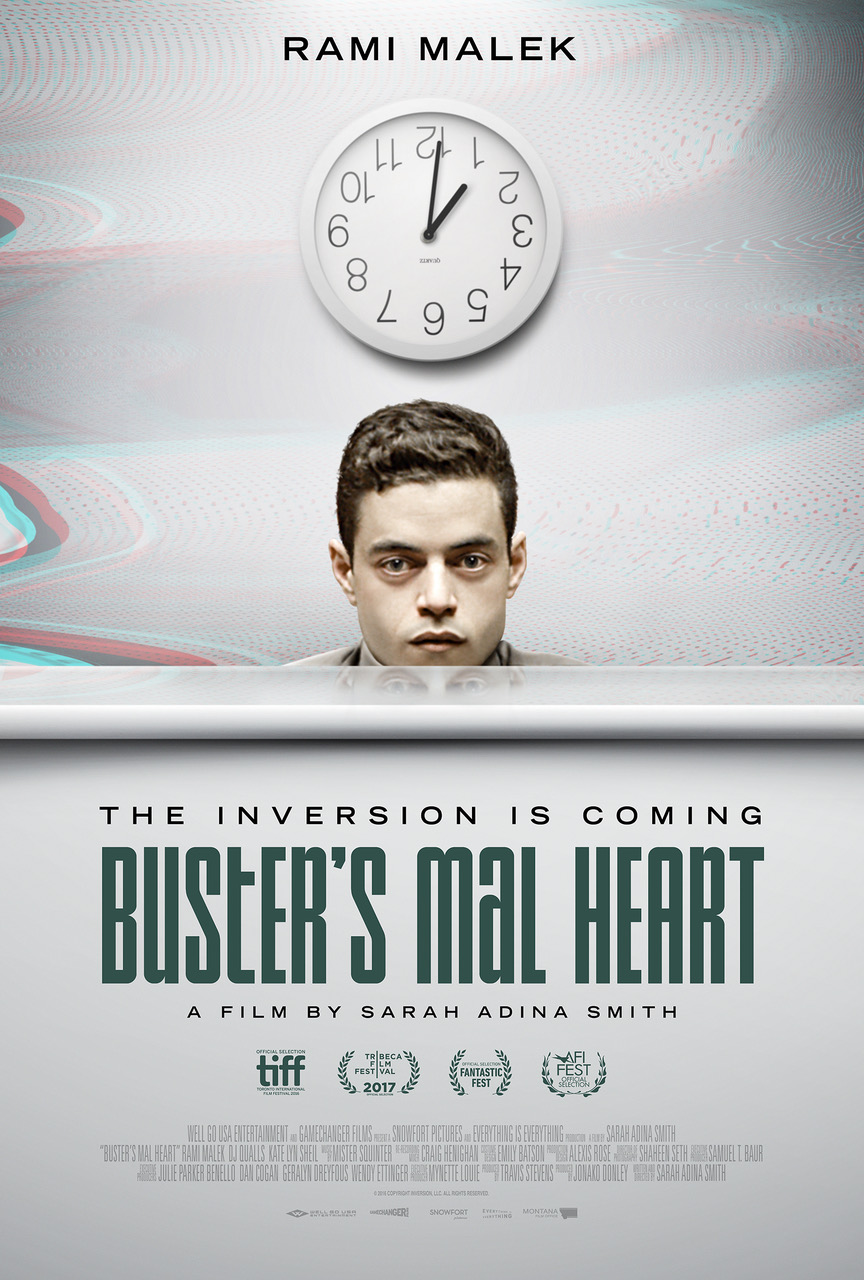 In this bold thriller peppered with dark humor and interlocking mystery, an eccentric mountain man is on the run from the authorities, surviving the winter by breaking into empty vacation homes in a remote community. Regularly calling into radio talk shows — where he has acquired the nickname “Buster” — to rant about the impending Inversion at the turn of the millennium, he is haunted by visions of being lost at sea, and memories of his former life as a family man.

Buster (Rami Malek) was once Jonah, a hard-working husband and father whose job as the night-shift concierge at a hotel took its toll on his psyche and, consequently, his marriage to the sensitive Marty (Kate Lyn Sheil) — until a chance encounter with a conspiracy-obsessed drifter (DJ Qualls) changed the course of their lives forever. As the solitary present-day Buster drifts from house to house, eluding the local sheriff at every turn, we gradually piece together the events that fractured his life and left him alone on top of a snowy mountain, or perhaps in a small rowboat in the middle of a vast ocean — or both, in this visceral mind bender that will provoke discussion long after it turns your world upside-down.