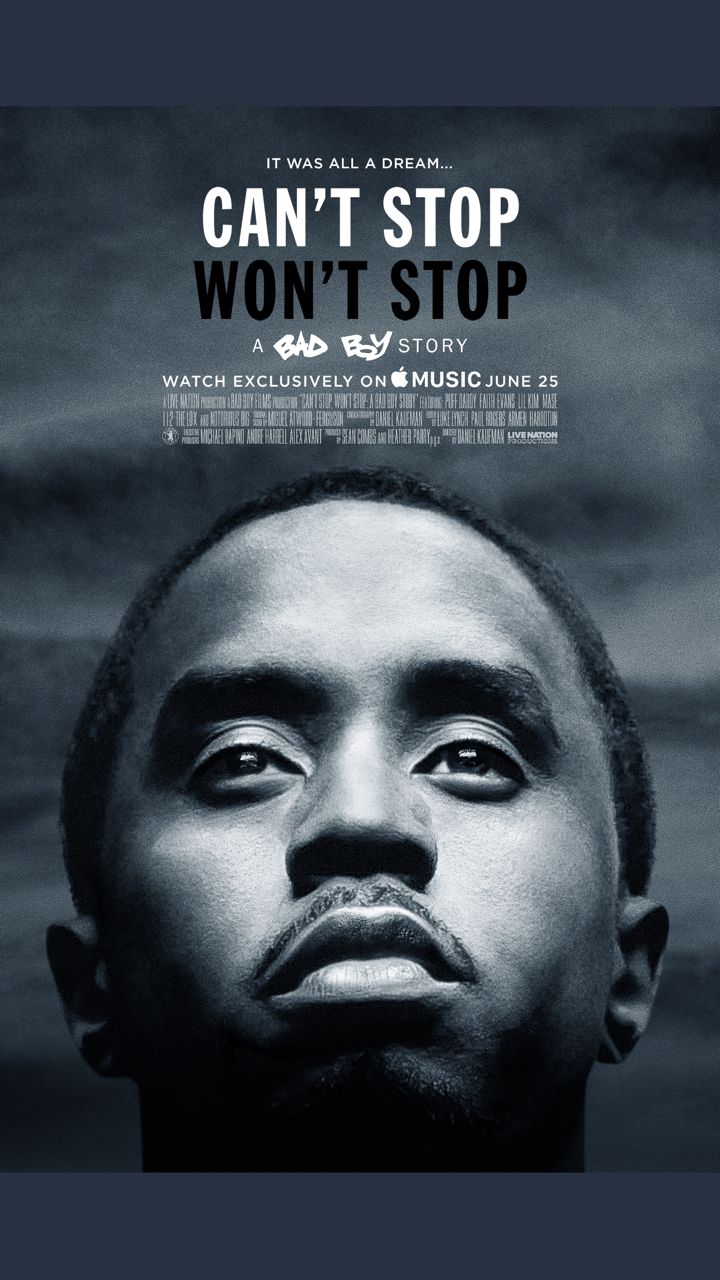 Can’t Stop Won’t Stop: A Bad Boy Story, produced by Sean “Diddy” Combs, and Heather Parry, alongside executive producers Michael Rapino, Andre Harrell and Alex Avant, explores the passion and personalities of Bad Boy and will be available on Apple Music on June 25.

Directed by Daniel Kaufman, Can’t Stop Won’t Stop: A Bad Boy Story is an exclusive look behind the scenes at the history of Bad Boy through a complex portrait of the label’s mastermind, Sean “Diddy” Combs, as he tries to reunite his Bad Boy Family in the course of a frantic three week rehearsal period. As they prepare to celebrate the label’s 20th anniversary, the film traces Bad Boy’s emergence in Harlem and Brooklyn, follows it’s meteoric rise, explores the tragic killing of Biggie Smalls, and celebrates Bad Boy’s influence in reshaping music, fashion, marketing and culture.

“I knew this was a story that should be shared with the world. Heather Parry and Live Nation Productions, and Director Daniel Kaufman, helped create this very special documentary,” says Sean Combs on the making of the film. “Now I’m blessed to also be working with Apple Music to showcase the film and share Bad Boy’s history and impact with fans. The support Live Nation, Apple Music and everyone on the team has given to this project is a true testament to the Bad Boy legacy.”