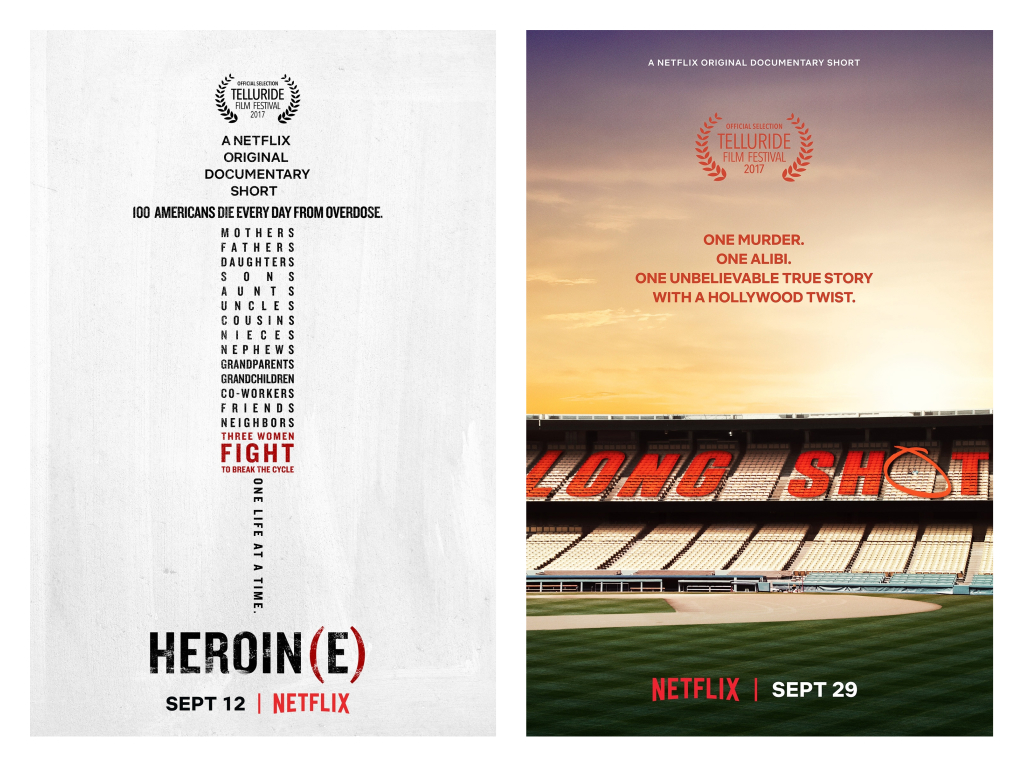 Here are the trailers for two Netflix original documentary shorts – Heroin(e) and Long Shot premiering this weekend at the 2017 Telluride Film Festival.

Heroin(e), making its world premiere, focuses on the once bustling industrial town, Huntington, West Virginia that has become the epicenter of America’s modern opioid epidemic. With an overdose rate 10 times the national average, the crisis threatens to tear this community apart. West Virginia native Sheldon highlights three women working to change the town’s narrative and break the devastating cycle of drug abuse one person at a time. Heroin(e) shows how the chain of compassion holds one town together. The Netflix original documentary short, by Peabody award-winning filmmaker, Elaine McMillion Sheldon (Hollow), will launch on September 12.

Also making its’ world premiere, Long Shot, an improbable story where justice prevails with a series of events that could only happen in Hollywood. An innocent man is accused of murder, leading his dedicated attorney on a wild chase to confirm his alibi among thousands of people in a baseball stadium. To tell the whole story, the search would lead him from the LA Dodgers, to a cellphone tower, to the office of the entertainer Larry David. On the night in question, television cameras happened to be positioned throughout the stadium, and captured a story of remarkable circumstance. Directed by Jacob LaMendola (Anosmia), Long Shot launches September 29.