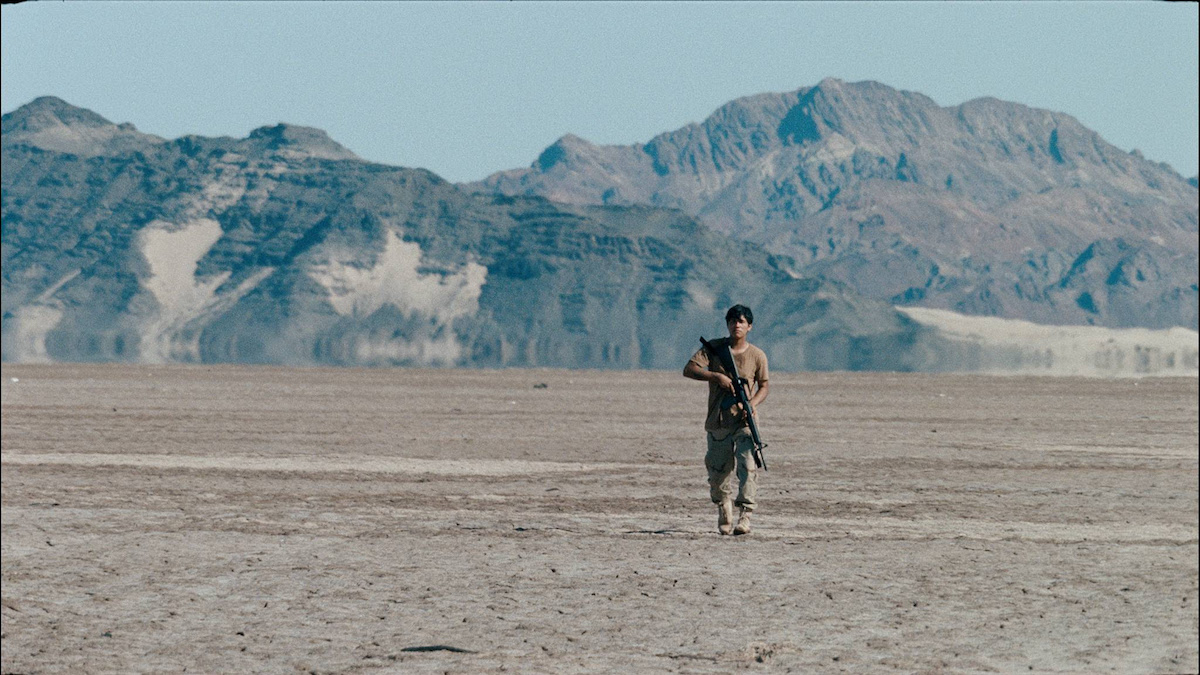 Director Rafi Pitts makes his English-language debut with Soy Nero, a timely drama about U.S. immigration policy and war in the Middle East. The film will open in theaters on September 29.

After several failed attempts to cross the border without papers, Mexican teenager Nero (Ortiz) finally succeeds in making it back to Los Angeles. He begins to realize the difficulty of leading a regular life as an illegal immigrant so he decides to enlist in the US Army as a “Green Card Soldier”, a short cut to citizenship. Now halfway around the world, Nero guards an Iraqi border for the US Army keeping out those who pose a threat to American interests abroad.