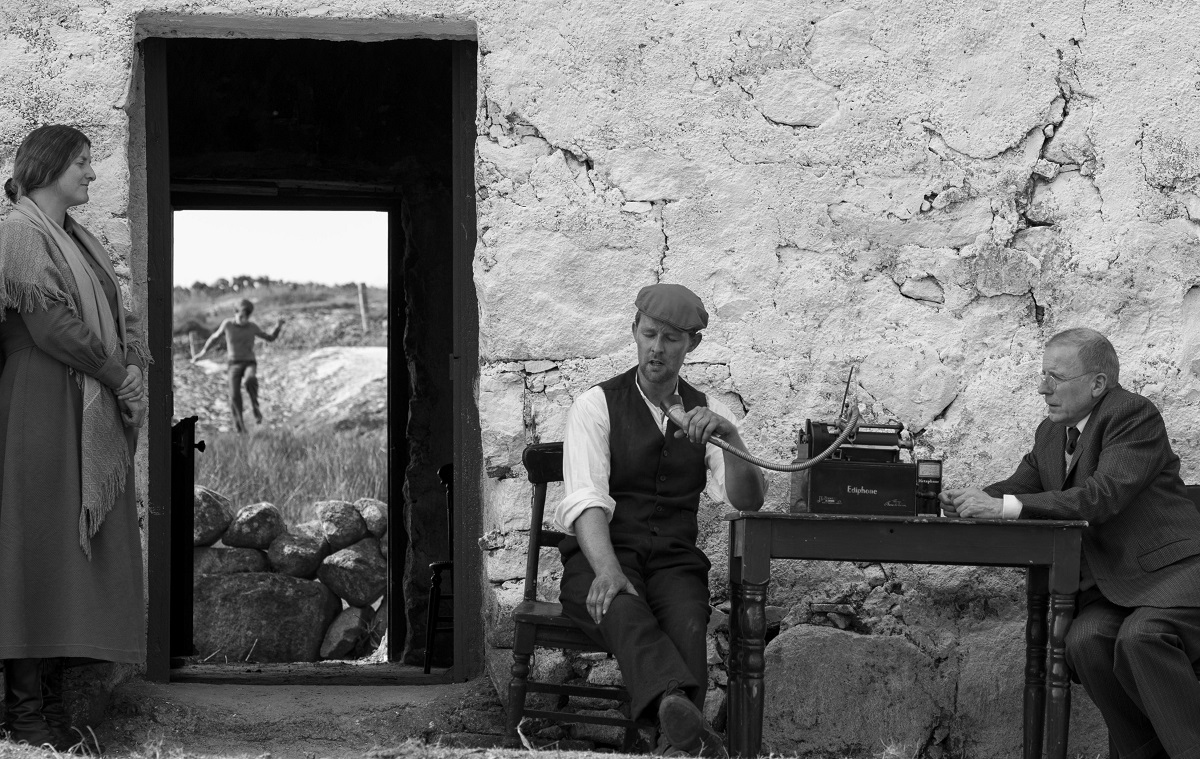 Song of Granite has been selected by Irish Film & Television Academy (IFTA) as Ireland’s submission for the Foreign Language category at the 90th Academy Awards.  There were three titles eligible this year, Song of Granite, Rocky Ros Muc and Aithrí (Penance).

Directed by Pat Collins (Silence), ‘Song of Granite’ premiered to critical acclaim at the 2017 SXSW Film Festival earlier this year.

Acclaimed filmmaker Pat Collins brings the dramatic life story of legendary seannós singer Joe Heaney to the screen, an audacious exploration of the man and his music. With an approach that marries traditional narrative episodes with documentary footage, the film celebrates the music Joe Heaney created while painting an unflinching portrait of Heaney, the man. Enigmatic and complex, Joe Heaney was one of the greats of traditional Irish singing. Shaped by the myths, fables and songs of his upbringing in the west of Ireland, his emergence as a gifted artist came at a personal cost. Featuring performances from Lisa O’Neill, Damien Dempsey, Seamus Begley and sean nós singers Micheál O’Confhaola and Pól Ó Ceannabháin, the film is an intense exploration of music and song.

Áine Moriarty – IFTA CEO said: “The Irish Academy is delighted that this hauntingly beautiful and lyrical film from Pat Collins will represent Ireland in the Oscar Foreign Language contest – with Richard Kendrick’s masterful cinematography, Ireland’s picturesque landscape and unique culture of song and story takes centre stage, as the story of legendary singer Joe Heaney is skilfully brought to life – a story that will resonate with many immigrants worldwide from diverse cultural backgrounds.”

Pat Collins – Director and co-writer of ‘Song of Granite’ said: “Joe Heaney, the subject of this film, was a great teacher and advocate for the Irish traditional singing and taught singing to students all over America. He remains one of the great traditional singers. I think he would have liked the notion of a film with sean nós singing at its core representing Ireland in an international competition like the Oscars.”

Alan Maher and Jessie Fisk of Marcie Films “We are so proud that Song of Granite has been selected as the Irish entry for the Foreign Language Oscar. The film’s journey to date has been a real labour of love and it makes us all so happy to receive this very special recognition”.